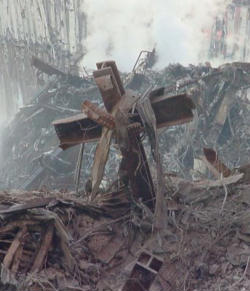 First the caveats. Yes, most Muslims are not jihadists; they may see the non-Muslim as an infidel but won’t resort to violence to defeat him . Yes, Muslim believers pose no threat to American cultural norms and legal structures as long as their numbers remain small. Yes, every Muslim citizen should be afforded the rights due to all Americans regardless of their religion. [Read more…] 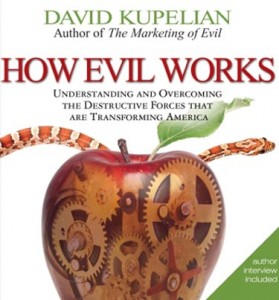 If we don’t understand that we are created by God and that we live in a moral dimension in which we constantly can choose between good or evil, and that things go really badly when we choose the wrong way – if we don’t recognize this basic reality level of our lives, then it’s very difficult to understand evil, or to understand ourselves for that matter. […]

Alexander Solzhenitsyn, the great Soviet dissident who exposed the evils of the gulag system to the world, once wrote: “More than half a century ago, while I was still a child, I recall hearing a number of older people offer the following explanation for the great disasters that had befallen Russia: ‘Men have forgotten God; that is why all this has happened.’”

Decades later, Solzhenitsyn said that in trying to explain the totalitarian horrors that permeated the 20th century – which he himself endured – he could not improve on the explanation he had heard as a child: “Men have forgotten God.” [Read more…]

Type “Christianity is” into Google and you’ll get a list of common searches. But the engine appears to suppress results for “Islam is.” [Read more…]

Intelligence agencies intercepted communications last year and this year between the military psychiatrist accused of shooting to death 13 people at Fort Hood, Tex., and a radical cleric in Yemen known for his incendiary anti-American teachings. [Read more…]

Britain, birthplace of parliamentary democracy, has fallen to Islam. Oxford, once home to the likes of C.S. Lewis, now houses a giant Eastern Islamic Studies Center. If this were the only Islamic addition to Oxford, the mood would be less somber, but when Oxford citizens are forced to awake every morning to the Muslim call to prayer with the full consent of the Church of England, nothing short of conquest has taken place.

Britain’s Muslim demographic is now so dominant that the British government recently began to allow Islamic civil and religious law, known as Sharia, to be enforced along side British law. [Read more…]

When I was a graduate student at Columbia University in the early 1970s, I came to the then-tentative conclusion that I would probably never encounter a morally weaker, more cowardly group of people than college administrators.

While there are exceptions to this rule and there are other institutions that regularly exhibit as much moral cowardice as universities do, nearly 40 years later my conclusion is no longer tentative. [Read more…]

Britain is suffering because we have been too willing to forget what made us who we are, writes Michael Nazir-Ali.

I have resigned as Bishop of Rochester after nearly 15 years. During that time, I have watched the nation drift further and further away from its Christian moorings. Instead of the spiritual and moral framework provided by the Judaeo-Christian tradition, we have been led to expect, and even to celebrate, mere diversity. Not surprisingly, this has had the result of loosening the ties of law, customs and values, and led to a gradual loss of identity and of cohesiveness. Every society, for its wellbeing, needs the social capital of common values and the recognition of certain virtues which contribute to personal and social flourishing. Our ideas about the sacredness of the human person at every stage of life, of equality and natural rights and, therefore, of freedom, have demonstrably arisen from the tradition rooted in the Bible. [Read more…]

Islam will overwhelm Christendom unless Christians recognize the demographic realities, embrace life, have more children, and share the gospel with Muslims.
[Read more…]

Great Britain decides that freedom of speech and truth are really not that important when it comes to radical Islam.
FrontPageMagazine.com | Stephen Brown | Feb. 13, 2009

It was a watershed moment of capitulation. On Thursday, February 12, visiting Dutch politician Geert Wilders was humiliatingly bundled back on to a plane to his native Holland shortly after arriving in London. Wilders had been invited to show his controversial, 17-minute documentary film, Fitna, in Britain’s House of Lords but was warned in a letter from the British Home Office last Tuesday he would be denied entry to the country. As reasons for his being declared persona non grata, Wilders was told in the letter he would “threaten community harmony and therefore public security.” The directive never stated, however, that the statements Wilders made in Fitna are false or misleading in any way. [Read more…]

Both Iran and its Hamas proxy in Gaza have been busy this Christmas week showing Christendom just what they think of it. But no one seems to have noticed. On Tuesday, Hamas legislators marked the Christmas season by passing a Shari’a criminal code for the Palestinian Authority. Among other things, it legalizes crucifixion.

Hamas’s endorsement of nailing enemies of Islam to crosses came at the same time it renewed its jihad. Here, too, Hamas wanted to make sure that Christians didn’t feel neglected as its fighters launched missiles at Jewish day care centers and schools. So on Wednesday, Hamas lobbed a mortar shell at the Erez crossing point into Israel just as a group of Gazan Christians were standing on line waiting to travel to Bethlehem for Christmas. [Read more…]