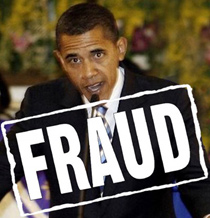 by Christian Whiton –
President Obama just gave the world a glimpse into his future foreign policy plans this week, should he win a second term. On tap for Obama II: more faith in our adversaries, more betrayal of our traditional allies and more unilateral indulgence in nuclear abolition fantasies.

Monday, President Obama told Russian President Medvedev that “This is my last election. After my election, I have more flexibility.” Medvedev responded that he would dutifully report that tidbit to Vladimir Putin back in the Kremlin. The men apparently did not realize their discussion was being caught by a live microphone.

Given that the two were talking about missile defense, the implication was clear enough. In order to please Russia, President Obama will use a second term to weaken further the peaceful, purely defensive systems that can defend the U.S. and our allies from missile attacks. [Read more…]

by Stuart Schwartz –
Evil. It has always been there, pushed back in the United States by American exceptionalism and the Judeo Christian traditions of what Ronald Reagan famously called — borrowing from the Bible — a “shining City on a hill.” “God bless America,” Reagan would say, emphatically and often. But God is not in fashion among our political and media elites and, with the presidency of Barack Obama, the lights of the city are dimming and evil has been drawn from the shadows.

Now we have a leader in the vanguard of a malevolence pushing into the mainstream through a thousand barely perceptible actions and words. It is tiptoeing into our culture, permeating our homes and institutions, shaping lives and expectations and quietly remaking our worldview in the radical, leftist image favored by our educated elites. Such is the evil of Barack Obama, an incredibly soft evil that threatens the future of a nation that, for all of its existence, has led the world in freedom and opportunity.

Take that, Jews. Shut up, Christians. Move over, strivers. Give it up, tradition. Individual choice, responsibility, honor — simply words in a dictionary. All are relative, says the professor in the White House, as are your rights. We know best how to do your lives, comes the voice from a thousand of his appointees in hundreds of federal agencies. American exceptionalism? Fugedaboutit! [Read more…] 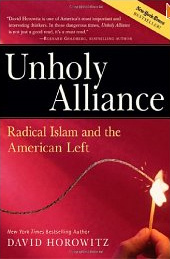 As we look around the world at the countries that practice Islam as a state religion, it is almost incomprehensible that the left should defend Islam so fervently. We don’t have to look to the radicals in the Taliban or Hamas to see issues that most Americans would question. Sharia Law is practiced by most Islamic centric countries, and it is in almost direct opposition to the principles on which America was established and in direct contrast to the agenda of the left in America. What is important to realize is that Sharia Law isn’t an outlier, practiced by radicals like al-Qaeda, but actually the mainstream core of jurisprudence in the Islamic world.

The application of Sharia Law is incomprehensible to most Americans used to Western common law. For example, late last year, the Saudi equivalent of the Supreme Court refused to grant a divorce to an eight-year-old who was essentially sold to her fifty-year-old husband by her father. Child brides are prevalent and legal in Muslim countries governed by Sharia law. In another example, just recently, a case of a couple who were stoned to death for having sexual relations outside marriage made the news from Afghanistan, and a thirteen-year-old was stoned to death for being raped and ending up pregnant. [Read more…]

Many innocent lives may be lost because of the massive incompetence of this administration and their idiotic mishandling of a foreign terrorist with ties to Al Qaeda. The terrorist was provided with legal counsel and Mirandized before we could extract critical information about other threats to America. This is criminal negligence!

Intending to die in the act of destroying a jetliner, Umar Farouk Abdulmutallab instead landed alive in Detroit as a kind of message in a bottle from al-Qaeda in the Arabian Peninsula. He knew more about its recruiting, training, and operations than anyone who is ever likely to fall into our arms babbling like a scared 23-year-old.

But the Obama administration shut him down. It didn’t go so far as to tell the Customs and Border Protection officers to cover their ears and try not to listen when Abdulmutallab made incriminating statements on the initial ride to the hospital, but it came close. It had an FBI team inform Abdulmutallab of his right to remain silent, after which he predictably remained silent. [Read more…]

When Umar Farouk Abdulmutallab tried to detonate an explosive aboard Northwest Airlines Flight 253 on Christmas Day, liberals were quick to warn against the clear and present danger.

It wasn’t the threat of al Qaeda-trained bombers blowing up Detroit-bound planes that concerned them. Rather, liberals feared that Americans might blame the Obama administration for failing to protect them from terrorists or — perhaps even worse — demand action against the violent extremists who want to kill us all. [Read more…]

In recent weeks, we have witnessed liberals in the highest level of government sanctimoniously defend terrorists who kill us while persecuting those who defend us from murderous attacks. In an effort to understand this reversal of good and evil, it has become a cliché to call liberals crazy. But while supremely hypocritical, liberalism is not insane. It is a highly adaptive ego device that enables people to violate commitments, vilify those who are true to their faith, and avoid personal sacrifice while feeling great about themselves. The only defense against hypocrisy is self-knowledge, but the politics, spirituality, and morality of liberalism are well-constructed firmaments of self-delusion. [Read more…]

Does Osama bin Laden need to be read his Miranda rights if we capture him? The question put to Attorney General Eric Holder (who was appointed by President Obama) by Lindsey Graham got this response:

Again I’m not — that all depends. I mean, the notion that we —

Such clarity of thought is about par for the course in the Obama administration. [Read more…]

Our president refuses to call the brutal massacre of 13 innocent unarmed Americans (12 soldiers + 1 civilan) and shooting of 29 innocent others an act of terrorism, despite Hasan’s previous praises of suicide bombers, his attempts to contact al Qaeda, and his shouts of “Alahu Akbar” as he slaughtered so many defenseless Americans at Ft. Hood.

Given what we already know, Barack Hussein Obama dares to say: “Until we have these answers buttoned down, I’d rather not comment on it.” Pathetic! [Read more…]