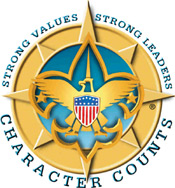 6/22/2010 – Steve McCann –
When the framers of the United States Constitution completed their work in 1787, they acknowledged that the success and future of the republic as established by that document was dependent on the honor and integrity of its leaders and citizens. As John Adams wrote: “Our Constitution was made for a moral and religious people. It is wholly inadequate to the government of any other.”

Today, the Obama administration, the majority of the members of Congress, much of the Judiciary, academia, and the media represent the culmination of the degradation of ethics and character, which has put the United States in the nearly inevitable position of joining the annals of the rise and fall of great nations.

The die was cast in the early part of the 20th century, when Congress and the president discovered that they could bribe the public with the public’s money. The focus of politics began to shift from public service and adherence to the Constitution to seeking, centralizing, and maintaining power, as well as amassing individual wealth. [Read more…]

Thanks to the attention from Glenn Beck, a recent top seller on Amazon.com is Austria’s Friedrich Hayek’s The Road to Serfdom. The book was written in 1944 to fight the drift from individual freedom and free-market competition to a growing dependence on economies controlled by central planning authorities. To Hayek, Stalin’s Soviet Russia was no better than the Nazi “National Socialists.” In all its forms, the increasing spread of socialism has and would always be a threat to individual freedom and economic progress.

Hayek’s book remains a wakeup call to apathetic citizens who take for granted that the improvements achieved through democracy, individual freedom and capitalism have been “acquired once and for all.” Hayek knew what history confirms; freedom must be earned and reearned in every generation. [Read more…]

5/31/2010 – Bill Muehlenberg –
One of the great unresolved questions of recent history is why so many members of the Western left have become so besotted with, and apologetic for, ruthless totalitarian regimes. There have always been Western leftists who have idolised brutal regimes — be it the Soviet Union, communist Cuba or Islamist Iran —and preferred them to their own countries in the free and prosperous West.

Others have documented this phenomenon, such as Paul Hollander in various classic works, including Political Pilgrims: Travels of Western Intellectuals to the Soviet Union, China and Cuba, 1928-78 (1981) and Anti-Americanism (1995).

Here, in his recent book United in Hate, Jamie Glazov makes an attempt at exploring and explaining the Left’s love affair with terror and tyranny.[Read more…]

5/26/2010 – Faith McDonnell –
Conducting “truth commissions” to denounce American armed forces and organizing divestment campaigns to cripple Israel are vital issues to some American church officials. Raising the banner of Intifada and expressing solidarity with Palestinians are also very important to this collection of liberal leaders. They “spiritualize” the Democratic immigration and health care reform agendas with pompous prayer, but their social justice-focused prophetic vision has strange blind spots. Leftist church leaders hardly ever see, let alone condemn, the imprisonment, enslavement, torture, and murder of Christians in the Islamic world, North Korea, and China.

Church officials and partner organizations such as the National Council of Churches (NCC) and the World Council of Churches (WCC) issue strident policy statements on such topics as “eco-justice,” broadband access for “economically depressed rural areas,” the Israeli “occupation,” and “unnecessary Department of Defense spending.” But one is hard-pressed to find these church leaders denouncing the recent appointment of the Islamic Republic of Iran to the United Nations Commission on the Status of Women. One searches in vain for an expression of solidarity with the Christian community in Jos, Plateau State, in central Nigeria, where hundreds of Christians were slaughtered by Fulani jihadists during March and April of 2010. If there are any such statements, they address vaguely “ethnic conflict” and are masterpieces of moral equivalency. [Read more…]

One of the many beliefs — i.e., non-empirically based doctrines — of the post-Christian West has been that moral progress is the human norm, especially so with the demise of religion. In a secular world, the self-described enlightened thinking goes, superstition is replaced by reason, and reason leads to the moral good.

Of course, it turned out that the post-Christian West produced considerably more evil than the Christian world had. No mass cruelty in the name of Christianity approximated the vastness of the cruelty unleashed by secular doctrines and regimes in the post-Christian world. The argument against religion that more people have been killed in the name of religion than by any other doctrine is false propaganda on behalf of secularism and Leftism. [Read more…]

That is the bottom line for the average American in this, the transformative age of the president the New York Times and Washington Post has called “Professor” Obama, who “schools” the ignorant at home and abroad. Never before have so many with so little humility gathered together in our government, each believing he “is the smartest guy in the room.”

This is an administration stuffed with academics. And not just any academic: These are educators from elite universities, the kind of experts prized by a political and media elite seeking confirmation of a worldview that expects, notes the Washington Examiner, “the rest of us … to shut up and do as we are told.” [Read more…] 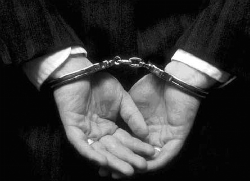 McAlpine was publicly handing out pamphlets on the Ten Commandments with a church member when a passerby initiated a debate about his faith. When the exchange was over the woman was approached by the PCSO who spoke with her briefly, at which point the officer informed McAlpine that a complaint had been made for his use of homophobic language. [Read more…]

America’s Religious Left, having invested decades in dialogue with and advocating accommodation of the Soviet Bloc, was flummoxed and uncelebratory about the momentous collapse of East European Communism in 1989-1990.

The United Methodist Council of Bishops, representing 9 million church members in the U.S. were actually in session when the Berlin Wall fell in November 1989. They reacted by blandly commending the East Germans for their “openness and growing self- confidence” and by urging a “new trust and compassion throughout the world.” They also warned against the imposition of Eastern or Western value systems, as though the two were morally equal. [Read more…]

Thanks to increasing regulation, rising taxes and greater centralization of power in Washington America is slowly leaving behind the foundation of its economic strength; namely the entrepreneurial energy that comes from freedom. And while a full-fledged Marxist revolution may not be on the horizon, the transformation of America in the image of European socialism is real and it should be of great concern to us all.

The most obvious example of failed central planning remains the Soviet Union. However, failed socialist policies are not limited to the history books. Consider the economic decline and social unrest in Europe. [Read more…]

Leftism functions as a secular religion, and its adherents understand that the major obstacle to the dominance of Leftist policies and values is traditional religion, specifically Christianity. With the demise of Christianity in Western Europe, Leftist ideas and values came to dominate that continent. America, the most religious industrialized democracy, remains the great exception. […]

When a town in Iowa seeks to rename Good Friday “Spring Holiday,” you know America has problems.

Those of us who affirm the Judeo-Christian values that have constituted the basis of America’s values since before the founding of the United States expect such things on the two coasts. The West Coast and the East Coast (at least down to Virginia) have largely abandoned the God-based morality of the Declaration of Independence and all the Founders. [Read more…]

Many Americans find it difficult to understand why Jews on the Left — including many who would call themselves “liberal” rather than “Left” — continued to enthusiastically support President Obama after the revelations about the anti-Israel and anti-Jewish views of the Rev. Jeremiah Wright, the religious mentor and close friend of Obama. This confusion is all the greater now that Obama has humiliated the prime minister of Israel and created the most tense moment in American-Israeli relations in memory.

Likewise, many Americans wonder how Democratic congressmen who claim to be faithful Catholics and are pro-life could vote for the health care bill that allows for federal funding of abortions — after opposing it up to the last day. [Read more…]

A society that compels each individual to provide for the personal happiness of one’s neighbor, which can come only from selling one’s labor or one’s private property, and then handing those earnings over by confiscatory taxes, is a society with less individual freedom or liberty. At the current bankrupting levels of benevolence that comprise Medicare, Medicaid, and Social Security, this health care log will no doubt pulverize every bone in the camel. The destruction of our great nation — what the enemies of America could not accomplish by war, we are doing to ourselves by misplaced compassion.

We are not a collective. Nor are we slaves or servants to each other. While we hold many things in common, we must keep our hands off that from which all goodness and compassion come: the individual. [Read more…]

It is worthwhile to take a comprehensive look at the freedoms we will lose under ObamaCare.

Of course, the bill is supposed to provide us with security. But it will result in skyrocketing insurance costs and physicians leaving the field in droves, making it harder to afford and find medical care. We may be about to live Benjamin Franklin’s adage, “People willing to trade their freedom for temporary security deserve neither and will lose both.” [Read more…]

In the 1970s, there was an evocative public service advertisement on television. It showed an old and grizzled Native American Chief with a tear rolling down his cheek as he surveyed the pollution scaring the landscape of the once-pristine land.

As the House of Representatives passed Health Care Reform, many of us who were blessed to immigrate to the United States in search of freedom and opportunity (and were welcomed with open arms) found ourselves looking across the panorama of our adopted land with a tear rolling down our cheek.

Many of us who came to the United States did so to escape the brutal hand of government or as survivors of the consequences of tyranny run amok.

It has become difficult to watch, as our adopted land appears to have chosen a path that will lead to a nation we dare not imagine: a nation beginning to resemble what we left behind. [Read more…]