by C.S. Lewis
One is very often asked as present whether we could not have a Christianity stripped, or, as people who ask it say, “freed” from its miraculous elements, a Christianity with the miraculous elements suppressed. Now, it seems to me that precisely the one religion in the world, or at least the only one I know, with which you could not do that is Christianity. In a religion like Buddhism, if you took away the miracles attributed to Gautama Buddha in some very late sources, there would be no loss; in fact, the religion would get on very much better without them because in that case the miracles largely contradict the teaching. Or even in the case of a religion like Mohammedanism, nothing essential would be altered if you took away the miracles. You could have a great prophet preaching his dogmas without bringing in any miracles; they are only in the nature of a digression, or illuminated capitals.

But you cannot possibly do that with Christianity, because the Christian story is precisely the story of one grand miracle, the Christian assertion being that what is beyond all space and time, which is uncreated, eternal, came into Nature, into human nature, descended into His own universe, and rose again, bringing Nature up with Him. [Read more…] 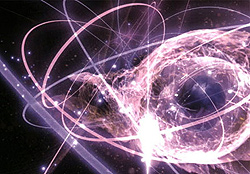 They are the last words of Steve Jobs, reported by his sister, the novelist Mona Simpson, who was at his bedside. In her eulogy, a version of which was published in the New York Times, she spoke of how he looked at his children “as if he couldn’t unlock his gaze.” He’d said goodbye to her, told her of his sorrow that they wouldn’t be able to be old together, “that he was going to a better place.” In his final hours his breathing was deep, uneven, as if he were climbing.

“Before embarking, he’d looked at his sister Patty, then for a long time at his children, then at his life’s partner, Laurene, and then over their shoulders past them. Steve’s final words were: ‘OH WOW. OH WOW. OH WOW.'” [Read more…]

People often ask me if I believe in miracles. Of course I do! I see them every day. Because a changed heart is nothing short of a miracle.

If your conscience required it, could you turn your back on the job you’d dedicated your entire adult life to?

That’s what Abby Johnson did. After nine years as director of the Planned Parenthood clinic in Bryan, Texas, Johnson left in October to join the Coalition for Life, a group that holds prayer rallies outside that same clinic—and a group of which she had once been a vocal critic. [Read more…] 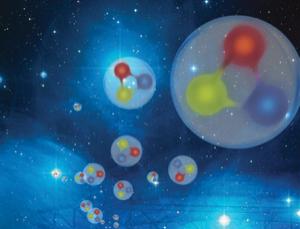 Each proton (or neutron) is made of three quarks – but the individual masses of these quarks only add up to about 1% of the proton’s mass. So what accounts for the rest of it? [Read more…]

Biology or secular-athiestic science simply cannot explain how such enormous amounts of information and data can be stored and knowledge can be retained and continually increased in a finite number of neurons. One word, miraculous!

If human memory were truly digital, it would have just received an upgrade from something like the capacity of a floppy disk to that of a flash drive. A new study found the brain can remember a lot more than previously believed.

In a recent experiment, people who viewed pictures of thousands of objects over five hours were able to remember astonishing details afterward about most of the objects. [Read more…]

Miracle of miracles! A retired business executive, with no medical training or experience, discovers a potential cure for cancer. Clinical trials on animals are confirming that his machine works. Human trials expected in 1-2 years!
60 Minutes | Apr. 13, 2008

For John Kanzius it began with a simple idea, some pots and pans and even a hot dog! Now, the Kanzius machine, which generates radio waves, has developed into a possible breakthrough in cancer research. Clinical trials on humans are still years away, but as Lesley Stahl reports, the results thus far have caught the attention of cancer researchers across the country. [Read more…] 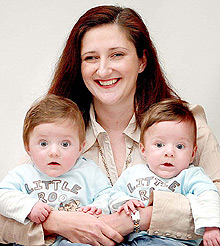