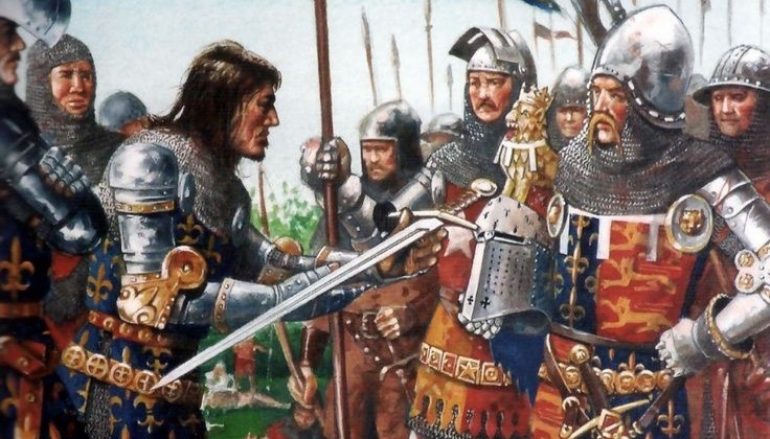 by Fr. Richard Heilman –
Effeminate men abdicate their divinely-directed duties to sacrifice themselves for the greater good: the well-being of women, the survival of their nation, the protection of Truth.

I haven’t gone to the movies in years. Mostly because movies were almost always hyper-sexualized and/or they contained ridiculously gory violence. Also, along with television shows, I knew, very early on, that Hollywood was using their tools to “normalize” bad behavior. I’ve used this quote by Jeffrey Kuhner many times, and I believe it is apropos here, as well …

In 2011, Jeffrey Kuhner of the Washington Post lamented, “For the past 50 years, every major institution has been captured by the radical secular left. The media, Hollywood, TV, universities, public schools, theater, the arts, literature — they relentlessly promote the false gods of sexual hedonism and radical individualism. Conservatives have ceded the culture to the enemy. Tens of millions of unborn babies have been slaughtered; illegitimacy rates have soared; divorce has skyrocketed; pornography is rampant; drug use has exploded; sexually transmitted diseases such as AIDS have killed millions; birth control is a way of life; sex outside of wedlock has become the norm; countless children have been permanently damaged — their innocence lost forever — because of the proliferation of broken homes; and sodomy and homosexuality are celebrated openly. America has become the new Babylon.”

There is no question, we’re in the throes of the worst “morality crisis” in the history of civilization. The greater reason for this is that men have, basically, checked out. Msgr. Charles Pope writes …”After years of radical feminism, men are shamed for seeking to take up leadership and authority in their families and in the Church. It starts early. Any normal boy is full of spit and vinegar, is aggressive, competitive, and anxious to test his wings. But many boys are scolded, punished, and even medicated for these normal tendencies. They are told to behave more like girls and to learn to be nicer and to get along, etc. It will be granted that limits are necessary, but the tendency for boys to roughhouse is normal. The scolding and “socializing” to more feminine traits continues apace into early adulthood. And then there are other cultural phenomena such as the slew of ‘Men are stupid’ commercials, etc.”

The hope is that, as Hollywood is going through a “reality check” by way of the Harvey Weinstein scandal, we all begin to consider some very deep contemplation on this very serious era of moral decadence. Paul Bios at the Daily Wire writes, “To solve this crisis, the task before us now is defining what we mean by true masculinity and its antithesis: effeminacy. For guidance, we look to St. Thomas Aquinas, who defines effeminacy as a man that “readily yields to the touch” and who is “ready to forsake a good on account of difficulties which he cannot endure.”

In short, and here I must tip my hat to Father Ripperger for explaining this, an effeminate man refuses to detach himself from concupiscible [lustful] pleasures to endure the pain of pursuing something greater than himself. This includes a variety of pleasures, from eating to sex to video games. Contrary to the prevailing wisdom of MTV and hip-hop culture, the man who forsakes chastity in pursuit of promiscuous sex falls into the category of this effeminacy, as does the man who gorges himself on potato chips while binge-watching Stranger Things.

Effeminate men abdicate their divinely-directed duties to sacrifice themselves for the greater good: the well-being of women, the survival of their nation, the protection of Truth. Should a man, at any point, forgo these directives for his own comfort or well-being, he succumbs to an effeminacy that creates a vacuum only a stronger, malevolent force can fill. In the case of Harvey Weinstein, the men in his purview, by their own admission, were too consumed with self-interest to protect the women from becoming prey to his bestial nature, allotting him free reign to terrorize them for decades. Had Weinstein been stopped when his predatory nature revealed itself, he would have never been allowed to become such a cultural powerhouse.

“Since it is so likely that children will meet cruel enemies, let them at least have heard of brave knights and heroic courage,” said C.S. Lewis.

Conversely, when the knights surrender their swords, beasts shall devour maidens. In a culture ruled by Harvey Weinsteins, one can only raise the question: are there any knights left?