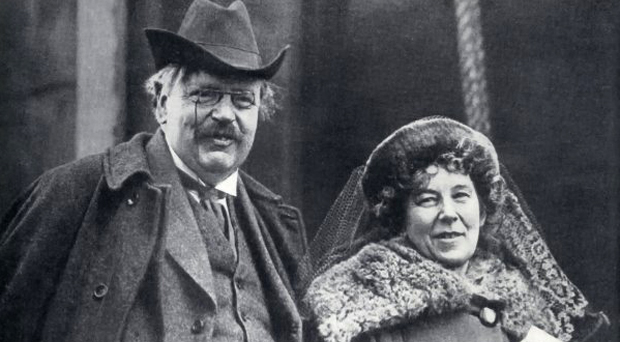 We continue to reel from the blows dealt by the Culture of Death. The attack on life, and particularly on the family, that institution which is the incubator and nourisher of life, continues relentlessly. Our states and our courts have now given the name of “marriage” to a fundamentally unnatural and barren relationship that was once unmentionable in polite company. Being pummeled like this can be disorienting, and even good people are starting to talk like they’ve been hit in the head too many times.

We have let ourselves get cornered. But we can change the momentum in this fight. It starts by taking control of the conversation, and not being controlled by buzz words that are purely diversionary.

We can begin by shifting the discussion away from the abused word “marriage” and focusing on the word “matrimony,” which implies a bond that creates motherhood. And let us be sure to add the adjective “holy,” which points to the sacredness of the act before God.

the family is the basic brick of civilization

But then we must get the discussion back to the principle of what a family is and what is its role in society. Through all of human history, from the ancient world to the modern, the family is the basic brick of civilization. It is what builds not only the four walls of the home but also the walls that protect the city. To destroy the family is to destroy the society, and redefining the family is in essence destroying it.

We protect the home because it is a place of liberty

We protect the home because it is a place of liberty, even if liberty is sometimes a hard thing to define. Chesterton argues that the world outside the home—the office, the business, the bank, the shop—is more regimented and narrow, and less respectful of human dignity and freedom than the home. Commerce is always pursuing fashion. And “social life” is also always pursuing fashion because it is always pursuing pleasure, and pleasure, which is distinct from happiness, is a matter of taste and taste is driven by fashion. People have become more caught up in the narrow and strange and trendy world outside the home, than in the broad and beautiful and permanent world inside the home.

the modern breakdown of the family, he says, is due to “sex emancipation.”

Modern Breakdown of the Family
How did we get to this point? Chesterton saw it coming over a century ago. The modern breakdown of the family, he says, is due to “sex emancipation.” This term covers many things that are all connected: the loss of the distinct roles of man and woman, husband and wife, father and mother; the dishonoring of the vow, which has led to divorce and remarriage and children with one parent or three parents; the unwillingness even to make the vow, which has spread into the epidemic of “cohabitation,” which perpetuates infidelity, illegitimacy, and violent abuse; the plague of pornography which tries to make sex something solitary, and now, the latest, the mockery called “same-sex marriage.”

It is all part of “sex emancipation” which is “sexless sex,” the vain attempt to free ourselves not only from the marital bond but from the consequences and responsibilities of the marital embrace. It is also the flat denial of the obvious fact that sex makes babies and the best place for babies is in a family.

But we have destroyed the family, and we have done so without thinking about what will replace it. Chesterton writes, “Nobody has really discussed the alternative to the Family. The only obvious alternative is the State.… The frightful punishment of mere sex emancipation is not anarchy but bureaucracy.”

Yes, that is what we must make people realize. When a society is inflamed with lust, it must find a way to keep order even while it gratifies itself. At first it is subtle, then suddenly it is official. Sex emancipation leads to slavery. While slavery to lust is a personal imprisonment, sex emancipation on a wide scale puts the entire society in state of servitude.

The growth of government means the loss of liberty

The growth of government means the loss of liberty as the state replaces the role of the parent. But it also means further assaults on those who are still functioning as families, as the state forces private businesses to provide contraception and abortion, as state education forces falsehoods into minds of our school children, and now as new laws and layers of bureaucracy enforce the redefinition of marriage and family. The new law will insinuate itself into every aspect of our lives, especially into the most sacred and important part of our life: our relationship with God. Sex emancipation is an enemy of freedom; it is especially the enemy of religious freedom.

This is why the Church defends the family.

This is why the Church defends the family. The family is the basic brick of society, but religion is the cement that holds the bricks together. The Holy Family is the model for the human family, and the Holy Family, too, was attacked by the state almost immediately. The Church is in the thankless position of having to save souls when a godless society is bent on destroying them. “Take away the god,” says Chesterton, “and the government becomes the god.” But this is not the god we will worship.

This is no time to despair. We not only have the one, true God on our side, we have each other. Chesterton reminds us that there are more parents than policemen. In other words, the family is still bigger than the state. It is a time for courage, sacrifice, and the joy of battle.