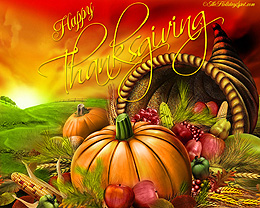 Certainly there was need, but precisely why was there “justification” for a day of thanksgiving? On this point Churchill was equally articulate. The free world had reason to be thankful that America, a nation of “peaceful, peace-loving people,” had at the critical juncture awakened from its slumber and transformed itself into the pre-eminent military power in the world. There was reason to be thankful in that Britain and America, through some “mysterious and all-powerful destiny,” had joined together in the struggle. Whatever difficulties they might face in the future, the two nations, joined in their service to common ideals, could anticipate “a lasting union of sympathy and good-feeling and loyalty and hope.” Whatever tyranny might arise in the future — and Churchill was certainly mindful of one such power — the free peoples of the world could be thankful that America and Britain would stand together in opposition.

Churchill was not one to underestimate the exertions that lay ahead. He might not have anticipated the particular challenges that would arise — his own unexpected election defeat just months after VE day, the fall of China to communism, the magnitude of the arms race between America and the Soviet Union, future conflicts in Korea and Vietnam, and the menace of radical Islam — but he most certainly understood the evil fount from which these enemies of freedom rose, for everywhere it was the same. Those who would enslave the individual and deprive him of his liberty were the implacable enemies of both Britain and the United States.

What would Churchill have to say on this Thanksgiving, sixty-eight years later? I think he would be grateful that Britain and America continue to join together in opposition to tyranny. He would recognize that the people of the United States still prize liberty above all and that, though they are and should be slow to enter foreign conflicts, they are a powerful force for good once they are in. He would express thanks for the continuing alliance that unites America with Britain and other democratic nations. And he would not hesitate to identify those dictatorial powers that pose the greatest threat to liberty: the global league of Islamic terrorist organizations, the radical Islamic regime that rules Iran, the communist states of Latin America, and those longstanding totalitarian dictatorships of Cuba and North Korea. Nor would he discount the threat of rising nationalism in Russia and China.

Churchill, I believe, would also express thanks for the fact that the economy of the United States has continued to thrive and that America stands ready to defend her national interests. What would disturb him, just as it did in the years before America’s entry into WWII, is the sliding of American public opinion toward a posture of isolationism and pacifism — the same posture of withdrawal from international affairs that led an emboldened Germany and Japan to enter into wars of conquest in Europe and Asia. Had America entered the conflict against fascism earlier, these tyrants would have been more readily defeated.

Churchill would also point out, as he did throughout the 1930s and continued to do even after he was voted out of office a second time, that liberty must always be defended. Be prepared to sacrifice to defend your freedom, he would have warned. Tyranny continues to threaten Britain, America, and their allies. Enemies that now appear small and manageable may in time become great and powerful.

There are many today would do not wish to listen to Churchill’s admonition, just as there were in the late 1930s. It is all too easy to forget the lessons of history and believe, for example, that Mahmoud Ahmadinejad is not the threat that Hitler was, or that Hugo Chávez is merely a tinhorn dictator, and a seriously ill one at that. Certainly, Churchill would have us enjoy our day of thanksgiving filled with large helpings of turkey, dressing, and professional football. But he would also interject a moment of somber contemplation.

There are tyrants who wish to enslave every citizen of the free world, and they are working tirelessly to do so. Certainly, Thanksgiving Day is a celebration of our nation’s affluence and success. It is a day of leisure, of family gatherings, of feasting, and of ease, as it should be. But it should also be a time of prayerful reflection on the sacrifices that were made and must continue to be made to preserve the comforts and security we enjoy.

What our ancestors and their ancestors in Britain and other lands achieved in lifting themselves out of serfdom was truly unprecedented in world history. For my own German ancestors, for example, who sailed to New York from Hamburg, it involved decades of contractual labor and service in the American Civil War before they established their own dairy farm. By comparison, what is demanded of us today might seem less arduous. It does not involve crossing the stormy Atlantic in crowded ships or working fourteen-hour days for pennies upon arrival.

No one can say, however, what challenges lie ahead. Our country faces an unprecedented debt burden that must be addressed soon. And there are more hostilities now brewing in the world than at any time since World War II. It would be foolish to think that large-scale conflicts are a thing of the past.

On this Thanksgiving Day, we should be truly thankful for the blessings we enjoy. We have, as Churchill noted, ample justification. We reside in a prosperous nation in which great opportunity exists for all who are willing to work. We should be grateful for our abundance, but even more so for the tradition of liberty we have inherited. Just as the Pilgrim Fathers did in 1620, we possess the resources of a great civilization in which individual liberty and the rule of law are prized and defended. As Churchill recognized, what is celebrated on Thanksgiving Day, above all, is our continuing participation in this grand tradition of freedom-loving peoples.