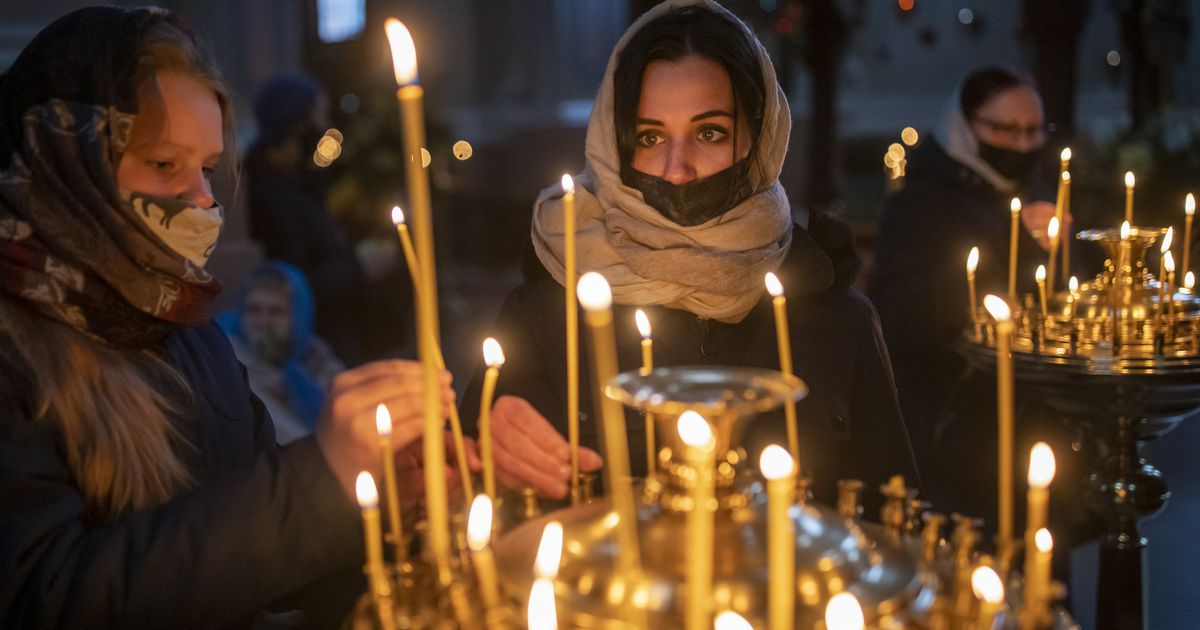 by Fr. Geoffrey Korz –
Kindly set aside the idea that you will return to the holy services “when it’s safe”. That day will never come.

At every liturgy in the Orthodox Church, just before the singing of the Nicene Creed, the priest or the deacon intones the words, “The doors! The doors!” This call dates back to the earliest times, when the doors of the church had to be barred shut, to prevent outsiders (in those days, Roman soldiers) from entering the church, witnessing those who confessed the faith, seizing them, and killing them.

Centuries later, under the Muslim Turks, Crypto-Christians – those who lived publicly as Muslims, but secretly as Orthodox Christians – attended Liturgy in secret churches, often hidden beneath secret doors in the floors of their own homes, or in unknown caves. In rural villages, Orthodox priests sometimes posed as Muslim imams just to maintain their cover. If such a village of Crypto-Christians was discovered, everyone – from the old people down to the infants – was put to the sword.

Centuries later, under Communist regimes, faithful Christians would meet secretly in grey concrete apartment blocks, where priests would baptize the little ones who had been brought by their grandmothers, without the knowledge of the parents – a legitimate excuse for the parents to give to the atheist authorities if the family was ever caught. In the most severe Communist regimes, a handful of faithful would gather outside a city or town for a clandestine nighttime Liturgy, served by a priest brought in from far away to avoid the prying eyes of local authorities. In all these cases, the faithful knew that if they were found out, the punishment would be a swift execution, or worse – a slow and painful death in a concentration camp.

In the last few months, faithful around the world have experienced the closure of our churches, the prohibition of the public celebration of Holy Week, and the effective ban by bishops and civil authorities in different places on the reception of Holy Communion. In most places, churches have now reopened (at least in part).

Yet formal studies and informal observations show that about one-third of those who regularly attended holy services at the start of this year have now become accustomed to staying home on Sundays and feast days, and have not returned to church.

Perhaps good habits have been broken. Perhaps laziness has set in. Perhaps the lure of Sunday breakfast in bed has proven seductive. Yet what has covered all the human laziness and brokenness behind the spiritual falling away is a single self-deception. These are the words, “I will return to church when it is safe again.”

Curiously, one does not hear the same phrase repeated in relation to the liquor store – i.e. I will return to the liquor store when it is safe again. Nor does one hear it applied to the purchase of groceries: grocery stores seem somehow protected from all sicknesses, and remained so throughout the recent worldwide crisis.

Neither does one hear this phrase when it comes to the workplace – i.e. I will refrain from making an income, because the risk to my health is too high. I will return to work when it is safe again. No, it seems only churches suffer from the unique level of danger – just as they did throughout the earlier part of this year, making them more risky than public transport and dollar stores combined.

The truth is, in the current climate of madness, many Orthodox Christians have not only shifted from realistic medical precaution to social hysteria, they have also found social hysteria to be a most convenient cloak for avoiding anything inconvenient or difficult.

In the catacombs around Rome rest the remains of more martyrs for Christ than live in my home city – over half a million martyrs. Being a Christian and going to church was always a risk for them – and so it will be for every generation of Christian, unto ages of ages.

So please, kindly set aside the idea that you will return to the holy services “when it’s safe”. That day will never come.

You will either make up your mind to live as a Christian and return to church, or you won’t.

2 thoughts on ““When It’s Safe” in Church Means Never”