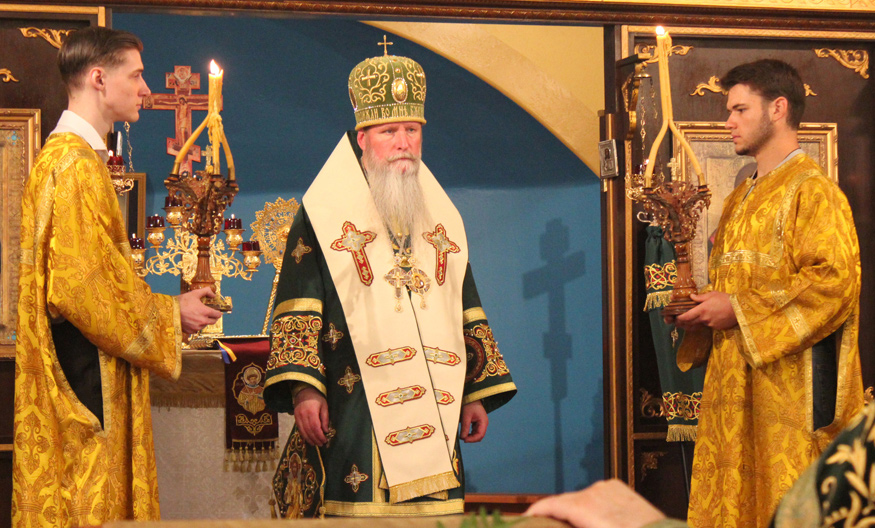 A brave and faithful Orthodox archbishop speaks out against California’s scandalous ban on singing in houses of worship. He provides the entire Church and all the other bishops with a great example of how a faithful shepherd protects his sheep and fights back against tyranny. AXIOS!

“For it is a commandment of the Lord not to be silent at a time when the Faith is in jeopardy. Speak, Scripture says, and hold not thy peace.” ~ St. Theodore the Studite

I hereby express my protest against the recent prohibition of liturgical singing in houses of worship, which is an infringement of the rights and religious freedoms of the clergy and faithful of the Western American Diocese of the Russian Diaspora, the other Local Orthodox Churches, performing their ministry in this state, as well as other religious bodies.

During the years of Soviet rule, when the Russian Orthodox Church was subjected to persecution, Russian émigrés and their descendants comprising the Russia Church Abroad, came to the United States of America and other countries overseas, in order to freely confess their Orthodox Faith, to freely perform Divine Services, to observe the feast days, fasts and all the customs established by the Orthodox Church. In this manner, they followed the example of the Founding Fathers of the United States of America, who sought the possibility of freely confessing their faith.

From the very beginning of the current global outbreak of the coronavirus the clergy and faithful of our Diocese, desiring to preserve the health of the population and stop the spread of the coronavirus, and respecting those in power, rigorously strove to adhere to all the standard norms and restrictions introduced by local health authorities. Even though they were deprived of the reverent Divine Services of Great Lent and the joyous celebration of the Triumph of the Holy Resurrection, our parishioners were sympathetic to our directives, attending our churches “virtually.”

However, we now observe a contradiction in that mass protests take place everywhere, at which absolutely all precautions are violated with impunity. Yet, liturgical singing performed during the Divine Services and while observing all of the rules, is forbidden. This is open discrimination, hypocrisy and the infringement of our religious rights, prompting us to recall the era of godless persecutions in the USSR.

Nonetheless, we will continue to pray with gratitude “for this land, its authorities and armed forces,” and “for this city, every city and country and all who in faith dwell therein.” Yet, at the same time, we will defend the rights of our clergy and our parishioners who possess full citizenship in the United States of America.

+KYRILL
Archbishop of San Francisco and Western America
Secretary of the Synod of Bishops of the Russian Church Abroad
——————————
HT: Russian Church Outside of Russia (ROCOR).