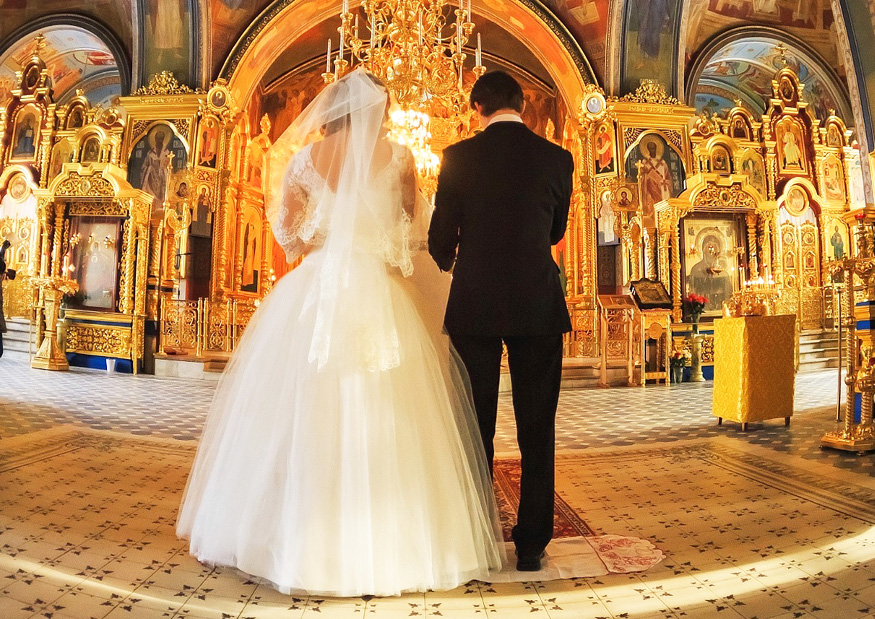 The Saviour pointed to this further with the following words: “Ye have heard that it was said by them of old time, Thou shalt not commit adultery; But I say unto you, that whosoever looketh on a woman to lust after her hath committed adultery with her already in his heart” (Matt. 27-28). This law of the psycho-political nature of man is well-known to contemporary perverters, who are consciously striving to corrupt our youth. We remember how in Russia those who prepared the revolution, and then the communists, began the spiritual weakening of that nation by imbuing the youth with shamelessness and depravity. Special circles were organized for this, which spread contempt for the ordinary laws of morality. Such propagation of “free morals” which surrounds us now more than ever, is frequently being spread even among school age children.

Nations Perished from Spread of Depravity
In our days, as in pre-revolutionary times in Russia, this propagation has the definite goal of corrupting contemporary society. This is an old method. History is filled with examples of nations which perished from the spread of depravity; The Lord burned Sodom and Gomorrah. Babylon fell. The Roman Empire perished. The free West could be subjected to this same corruption… What do we see in the life which surrounds us? Indecency and shamelessness in clothing; shameless kissing and embracing on the streets and in public places; shameless advertisements, filthy pornographic literature… All of this dissoluteness and perversion pours into life in an immense wave. Truly, there is no less shamelessness now, if not more, than in pagan times when the Holy Apostles and their successors had to exhort Christians with especial zeal in the observance of modesty.

Man’s nature is such that the sins of the flesh, the active role belongs on the one hand to the male sex, while on the other, the temptation comes from women. Because of this, Christian cultures everywhere established customs which helped the preservation of good morals, as well as modest dress for women, so that the exposure of the latter should not evoke sinful thoughts and tempting inclinations in anyone. The more elevated the spiritual culture, the more modest was the dress of the women. Modesty in dress is our first line of defense. It must guard the purity of women and keep men from the temptation of sinful desires. Meanwhile, the evocation of precisely these feelings characterizes contemporary fashion.

What was peculiar before to a fallen woman, who, in plying her base trade, dressed provocatively with the goal of evoking sensuality in men, is now becoming the mode and norm for young women who are often unconscious of the meaning and consequences of this fashion which enslaves them. We know that the fight against sin which surrounds us on all sides is not an easy matter. The path of salvation is made narrower in proportion to the intensification in the world of evil and apostasy. But the ancient pagan world which surrounded the handful of the first Christians was no less corrupt. These latter, however, did not accede to the temptations of the pagan modes, even as some now do not accede to contemporary temptations.

The Holy Apostle Paul in his epistle to the Philippians wrote that they shone as lights in the midst of a crooked and perverse nation (Phil. 2:15). A lofty spiritual disposition and irreproachably clean, strictly, chaste life; these were the characteristic traits of the Philippian Christians, for which the Apostle Paul praised them. We live in later times; nineteen centuries separate us from those days in which the Apostle Paul wrote his epistles. But now, just as the Christians of the first centuries, we are encircled by an environment full of shamelessness and perversion. May the high and holy example of the ancient Christians teach us to be as steadfast and firm in the observance of the laws of Christian morals, and not accede to the temptations which surround us.

Discipline is necessary for every one of us.

Moral Character Depends on Direction and Strength of Will
The moral character and moral value of man’s personality depends most of all on the direction and strength of the will. Of course, everyone understands that for a Christian it is necessary to have first, a strong and decisive will, and second, a will which is firmly directed toward the good of his neighbor, toward the side of good and not evil. How is one to develop a strong will? The answer is simple: above all through the exercise of the will. To do this, as with bodily exercise, it is necessary to begin slowly, little by little. However, having begun to exercise one’s will in anything (e.g., in a constant struggle with one’s sinful habits or whims) this work on oneself must never cease. Moreover, a Christian who wishes to strengthen his will, his character, must from the very beginning avoid all dissipation, disorder and inconsistency of behavior. Otherwise, he will be a person without character, unreliable, a reed shaking in the wind, as we read in Holy Scripture.

Discipline is necessary for every one of us. It has such vital significance that without it, a correct, normal order and success in our endeavors is impossible. This is of primary importance in the ilk of each individual; for inner self-discipline takes the place here of external school or military discipline. Man must place himself in definite frameworks, having created definite conditions and an order of life, and he must not depart from this.

Bad, sinful habits are a great obstacle for a Christian moral life.

Let us note this, too: man’s habits are of great significance in the matter of strengthening the will. Bad, sinful habits are a great obstacle for a Christian moral life. On the other hand, good habits are a valuable acquisition for the soul and, therefore, man must teach himself much good so that what is good becomes his own—habitual. This is especially important in the early years, when a man’s character takes shape. It is not in vain that we say that the second half of man’s earthly life is formed from habits acquired in the first half.

Probably no one would argue against the need for a strong will. In life we meet people with varying degrees of strength of will. It often happens that a person who is very gifted, talented, with a strong mind and a profoundly good heart, turns out to be weak willed and cannot carry out his plans in life, no matter how good and valuable they might be. On the other hand, a less talented person who is stronger in character and has great strength of will, this person often succeeds in life.

What is more important than strength of will is its direction: does it act for good or evil? A well intentioned but weak-willed person is seldom of great use to society; while a person with a strong will bent on evil is very dangerous. From this it is clear how very important are those principles, those basic foundations and rules by which man’s will is guided.

The source of good principles is God’s will

Source of Good Principles is God’s Will
What is the source from which man’s will can draw suitable principles of guidance? For a non-believer, an answer to this is extremely difficult and essentially impossible. Are they to be drawn from science? In the first place, science is interested primarily in questions of knowledge and not morals, and secondly, it does not contain anything solid and constant in principles because it is constantly changing. From philosophy? Philosophy teaches about the relativity of its truths and does not claim their unconditional authority. From practical life? Even less. This life itself is in need of positive principles which can remove from it unruly and unprincipled conditions.

But while the answer to the present question is so difficult for non-believers, for a believing Christian the answer is simple and clear. The source of good principles is God’s will, and this is revealed to us in the Saviour’s teaching, in His Holy Gospel. It alone has an unconditional, steadfast authority in this regard; and it alone teaches us self-sacrifice and Christian freedom, Christian equality and brotherhood (a concept stolen by those outside the Faith). The Lord Himself said of true Christians, “Not everyone who says to Me, Lord, Lord, will enter the kingdom of heaven, but he who does the will of My Father” (Matt. 7:21).
____________________
Excerpts from Orthodox Heritage (Vol. 3, Issue 7), p. 3-4, by Met. Philaret (Voznesensky) of New York . (Bolded headings added for emphasis.)
— NOTE — The original posting identified Met. Philaret as “St. Philaret.” This appears to have been premature. In 2012, Russian Orthodox Church Abroad headed by metropolitan Hilarion (Kapral) only established a committee to explore the formal glorification of Metropolitan Philaret. That process has not been finalized yet. We have corrected the post.

1 thought on “Preserve Your Purity and Modesty, Guard Against Moral Corruption in Contemporary Society”