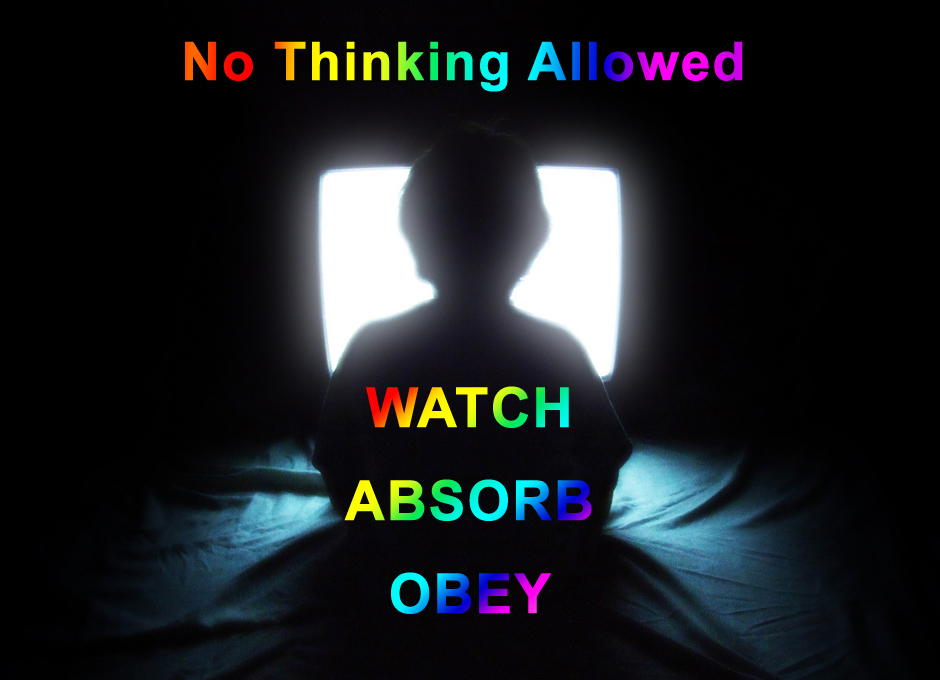 by Athanasia Trudy –
When we turn on the television, we open our mind’s door, inviting into our home guests from Hollywood; script writers, actors and activists alike fill our screens and minds with what they say should be normalized….all in the name of “compassion, tolerance, and love.”

A recent article by Rod Dreher in The American Conservative entitled “Surviving the Cultural Tsumani” got me thinking about the cultural indoctrination that occurs in television programming. While watching old television reruns of cop shows, I was struck by how script writers introduce situations that are far outside the cultural norm and offensive to many of their audience members. Yet, 10 or so years later that which was taboo and abnormal has become normalized.

The CBS police drama, S.W.A.T. aired in 2017.  In a recent episode, the bisexual police officer, Chris rekindles her interest in a former flame only to discover Kira is engaged to Ty.  Chris finds herself invited to be the “third” in the relationship.  Chris’s main concern is her fellow officer’s reactions. In the ensuing dialogue Kira is pleased with the non-judgmental reaction of Chris’s team member, Deac, saying, “People are surprisingly tolerant when you give them a chance.”  Ty’s response to Chris’s concern of her position being viewed as “temporary” is that “…it’s better this way, don’t you think? I mean, this way you don’t have to worry about your relationship with each of us separately.”

Here we have a young woman who is confused about her sexuality being invited into a polyamorous relationship. The promise of the Sacrament of Marriage is painted as “open” and “fluid” to include a third person for sexual intimacy. Frankly, it was stomach-turning.

In 2016 Law and Order: SVU had an episode in which a man who was living life and surgically transitioning to be a woman (popularly termed ‘transgendered’) was viciously murdered. “Her” boyfriend, an up and coming rapper, was a person of interest and during his interrogation vigorously denied “being gay” because of his “love for her”. The Sargent instructed her detectives to be less intolerant, to be more compassionate and understanding of those like the victim because that is who they are and deserve to be treated well. Yes, everyone deserves to be treat well and violence is never a solution; however, note the mental and emotional confusion of the both characters.

In the new NBC medical drama New Amsterdam the resident psychologist, Dr. Iggy Frome, is a “married” homosexual with adopted children from Bangladesh. In one episode the script writers tug at our heartstrings; at the hospital gala Dr. Frome tearfully explains to his daughter, Sameera, that his parents want nothing to do with their grandchildren because “two gay dads and their Muslim children aren’t worthy of love”. As she plays with a napkin at the table, she wonders if there is something wrong with their family only to have the scene conclude with the touching father explaining to his daughter that their family is special because it is a chosen family.

Now that the Christmas season is upon us, television ads have increased with the purpose of luring the shopper with wonderful gift suggestions. In one ad a woman tells the off screen sales clerk, “My wife will love this.” I thought I misheard the commercial. I’ve seen more and more TV Christmas ads with same-sex couples with children. It is now the norm.

When everyone was raving about the new 1996 TV show Everybody Loves Raymond, my friends thought I was nuts because I refused to watch it. After all, it was “hilarious”. Watching a husband be denigrated and made fun of by his mother and wife was not something that amused me. My friends thought I was overreacting. I believed then, and I still believe, it was the indoctrination of lessening the importance of men in the family and society.

script writers, actors and activists fill our screens and minds with what they say should be normalized

When we turn on the television, we open our mind’s door, inviting into our home guests from Hollywood; script writers, actors and activists alike fill our screens and minds with what they say should be normalized….all in the name of “compassion, tolerance and love.” THEY are in OUR home as guests. Who dictates what happens in our home? The guest? Or us? We have choices.

When the wind was blowing in just the right direction, the not-so-great smell of the local turkey farm floated through my home’s open screened door and windows, I didn’t open them wider with a smile on my face. I wrinkled my nose and closed them until the wind changed direction.

In Saint Peter’s first sermon as recorded by Saint Luke in the Book of the Acts of the Apostles (2:36:40), the hearers of his words declaring Jesus as Lord and Christ believed and asked, “Men and brethren, what shall we do?” This same question confronts us today regarding the Hollywood guests we invite into our home on a regular basis. Saint Peter’s prescription for the sickness then continues to apply, “Repent,” “be baptized…for the remission of sins and receive the Holy Spirit,” and “Be saved from this perverse generation.” In other words, separate yourself from the perversity of the people around you and live a life (through confession and receiving of the Holy Mysteries) that hones your skills to hit the mark of being like our Lord and Savior, Jesus Christ.

What are we Orthodox Christians doing to counter the voices that say “normalize the abnormal”?

What are we Orthodox Christians doing to counter the voices that say “normalize the abnormal”? Are we closing the door and redirecting our attention to that which has the sweet smell of incense? At the nightly family dinner table, are we parking our cell phones at the front door and countering the cultural voices with conversation that will help right the upside notions of marriage, sexuality and perversity? Are we setting aside football and soccer practices, gymnastic competitions and all else that competes for our time to attend Divine Liturgy every Sunday? What are we doing to teach our boys to be the Bridegroom and the girls to be the Bride?

1 thought on “Who is the Guest in Our Home?”