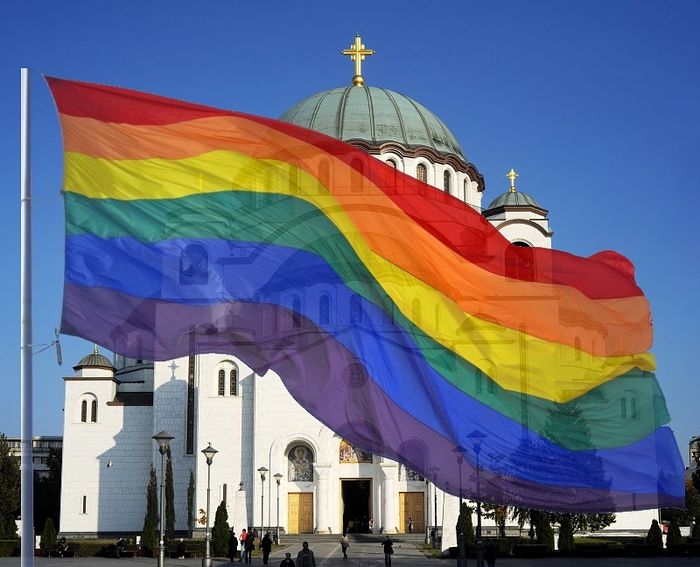 by Fr. Lawrence Farley –
The term “dialogue” (along with its synonyms, “conversation” and “discussion” and “engagement”) seems to have taken its place alongside the proverbial terms “motherhood”, “apple pie”, and “the flag” as sacred and untouchable. It used to be that no one in their right mind would speak against this Trinity of American values, and now no one is allowed to suggest that anything bearing the sacred word “dialogue” should be viewed with suspicion. A commitment to dialogue is considered an essential part of civilization, and a sign of one’s tolerance, reasonableness, and open-mindedness. Anyone lacking a sufficient commitment to these modern virtues (the new Trinity of American values) is a fitting candidate for denunciation and insult. If you think this last sentiment is too strong, you probably do not own a computer or go online very much.

One could almost formulate a spiritual law that any site or online contribution which contains the D-word or its synonyms is pushing the same basic agenda. Take for example the site, “Orthodoxy in Dialogue” (with D-word prominently displayed) or the site “Public Orthodoxy” (which says that it “seeks to promote conversation by providing a forum for diverse perspectives on contemporary issues related to Orthodox Christianity”). Like other liberal sites these are dedicated to the destruction of traditional Orthodox belief and praxis. Obviously no site hoping to gain traction among fellow-Orthodox will advertise this agenda and goal. Like all deconstructionist movements, other softer terms must be found—usually using multi-syllabic words, which is almost always a bad sign.

In the same way the Orthodox deconstructionists usually fudge or hide their actual agenda. I have seen this at work for quite a while. Take for example the work of the late and brilliant feminist Elizabeth Behr-Sigel. Like other Orthodox feminists of her vintage, she rarely came out and declared that her goal was the ordination of women priests. No. She was just asking questions, having a dialogue, promoting a conversation about a certain topic, engaging the modern world. In a paper given in 1976 entitled, “The Meaning of the Participation of Women in the Life of the Church” she ended with the plaintive cry, “[These] are questions on which some of us have already reflected deeply, while others are dimly aware of them, and they are questions which we Orthodox women gathered here wish to put before the Church, praying that the Spirit will guide her and will guide us in the right way. In the words of the psalmist we say, ‘Show us the way we must take!’” What humility and openness! She is not pushing towards a predetermined goal, only trying to discern the right way forward.

Or consider her essay, “The Place of Women in the Church”: she ends her essay with the words, “On a problem like the ordination of women, might we not imagine different ‘helpful things’ that the local Churches could determine for themselves?…Would not such a pluralism of discipline [wherein some Orthodox churches ordained women and others did not] be compatible with the unity of faith and ecclesial communion?” She is just asking a question, after all, asking us to “imagine” certain things, not promoting an agenda.

The posture of tentative questioning was not sincere or honest

From all this one might conclude that for Ms. Behr-Sigel the question was an open one. It is not so. She was as sure of her conviction that women should be ordained priests as I am sure (and as St. Paul was sure) that women should not. This is apparent from the rest of her writing, such as the place in the same essay in which she denounced St. Paul’s counsel in 1 Timothy 2 as “rabbinical exegesis”, and the Church’s “patriarchal” conceptions as “infecting Christian thinking”. The passages in St. Paul that meet with her approval (such as Galatians 3:28) she applauds (with exclamation marks) as “the Spirit clearing a new path through the thick forest of human prejudices!” Clearly Behr-Sigel had already made up her mind as to “the way we must take”, her disingenuous tentativeness notwithstanding.

The posture of tentative questioning was not sincere or honest, nor was the proffered dialogue genuine. In this dialogue, all the retreat and reconsideration was to flow one way. Those holding to the historic Orthodox position would retreat from it, while those holding to the new reconstructed position would not retreat. The deconstructionists had no doubt of the truth of their convictions; the only question was how to advance their agenda. One is reminded of the aphorism of JFK: “You cannot negotiate with those who say ‘What’s mine is mine and what’s yours is negotiable’”. As far as those committed to the reconstructed and revised order are concerned, their own convictions are not negotiable. It is the traditional Orthodox that are being invited to negotiate and to be willing to retreat from their positions.

You must change your teaching to conform to ours.

One detects a certain common vocabulary in those inviting the retreat. Certain buzz-words recur: they speak of “patriarchy”, “sexism”, of the necessity of a “creative reimagining”. They speak (in the multi-syllabic terms mentioned above) of “an awareness of the multifaceted nature of truth that continues to be discovered and implemented over time through a process of prayer, creative reflection, and debate”, of “a pluralistic era which presents Christianity with new and unique challenges”, and attempt to “discern God’s hand in contemporary life”—as if the authors were not already sure of where God’s hand in contemporary life was to be found and were still trying to “discern” it. When one reduces the multi-syllabic rhetoric to words that a child could understand it translates as: “You must change your teaching to conform to ours. Our modern secular culture no longer accepts your views so you must change them to fit in with that secular culture”.

All this dialogue and open-mindedness to the secular values at odds with Orthodoxy is comparatively new. The Fathers did not open such dialogues with pagans or heretics. They did engage “the pluralistic era which presented them with new and unique challenges” of course, and the people who were in the forefront of this engagement are known by the name “the Apologists”. The Church did not withdraw from the secular society into a safe and holy huddle with the drawbridge pulled up behind them, but met the new and unique challenges head on, trying to convince and convert the world. They talked to pagans and even acknowledged that the pagans had got some things right. These things they were happy to claim as their own (one author called the process “plundering Egypt”).

for the Fathers generally, “dialogue” involved not openness to changing or abandoning one’s convictions

But the coincidence of agreement in some areas between Christian and pagan or between Christian and heretic did not make the Church open to learning from pagans or heretics. The Church was confident that (in the words of our contemporary Orthodox Liturgy) it had “found the true faith”, so that its task was to correct the world, not learn from it. When Justin Martyr used the term “dialogue” (such as his “Dialogue with Trypho the Jew”) he was not investigating to see what he could learn from Judaism, but trying to convert his Jewish friend to Christianity. For Justin and for the Fathers generally, “dialogue” involved not openness to changing or abandoning one’s convictions, but civil and respectful debate in an attempt to help someone else change theirs.

The essential dishonesty of the contemporary dialogues can be seen in their choice of dialogue partners. The deconstructionists are happy to dialogue with the LGBQT community, and with feminists keen to denounce patriarchy and to ordain women. I am not aware of any enthusiasm for dialogue with, say, White Supremacists. That is because our liberal friends agree with the agendas of the gay and feminist communities and (quite properly) abhor that of the White Supremacists. I suggest that this consistent choice of dialogue partners reveals that the true goal of the liberal Orthodox proffering dialogue is not real give and take, but simple capitulation on the part of the conservatives.

true goal of the liberal Orthodox proffering dialogue is not real give and take, but simple capitulation on the part of the conservatives

And ask yourself: has our decades-long dialogue with the liberal Protestant WCC resulted in a substantial shift of the member churches towards Orthodoxy or slowed their accelerating drift into greater theological liberalism? Has the dialogue with the feminists resulted in the reduction of any of their cherished anti-patriarchal convictions or in a greater appreciation of the Church’s traditional praxis? Not a bit, which proves the wisdom of JFK aphorism quoted above. Those inviting us to dialogue are not interested in “discerning God’s hand in contemporary life”, but simply in changing our minds. That is quite acceptable; I am happy to enter into civil debate with anyone. But honesty should compel us to make our true intentions and goals known.

HT: No Other Foundation

1 thought on “Dishonest Dialogue of Orthodox Liberals and Deconstructionists”