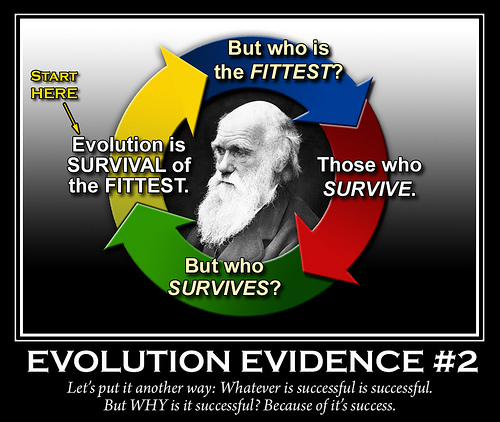 Nowhere among these properties will you find a property called survivability. No piece of inanimate matter has ever attempted to survive or in any way tried to maintain its integrity under any circumstances. But living bodies do exhibit a property called survivability. Now the paradox. A Darwinist would say that the survivability of the living form comes from evolutionary adaptation via natural selection. But natural selection itself depends on survival of the fittest.”

Circular Argument
“See the circularity of the argument? Survival depends on evolution, but evolution depends on survival! A paradox is a sure-fire sign that the basic assumptions of the paradigm are incomplete or inconsistent; they need a reexamination.”

How can mindless and purposeless processes favor survival?

Perhaps this is why John Ray, the English naturalist who is considered by many to be the founder of modern biology wrote: “A wonder it must be that there should be any man found so stupid as to persuade himself that this most beautiful world could be produced by the fortuitous concourse of atoms.”