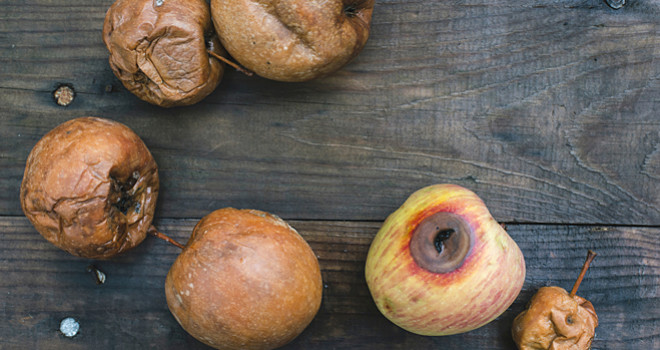 by Regis Nicoll –
Unpracticed faith—that is, faith without works—St. James writes, is dead. It has no transformative or sanctifying power; it is intellectual assent that descends into paralyzing doubt (or worse), which is no faith at all. That’s because faith is revealed, confirmed, and made perfect by our actions not affirmations (for by their fruits you will know them).

Consider a child, standing nervously at the edge of the pool, coaxed by his father to dive into the water. He has a choice: plunge headlong into the pool where the able arms of dad are ready to receive him, or remain at water’s edge frozen in fear, dithering in doubt. He may sincerely believe that his father won’t let harm come to him, but until he jumps, fear holds him captive in functional unbelief, revealing that his faith is in a danger that his father cannot save him from.

When the “rubber” of belief meets the “road” of decision, a choice has to be made. There is no middle road other than doubt, which defaults to unbelief and tosses us to and fro on the agnostic waves of uncertainty. Indeed, we will never walk on the troubled waters of life until faith moves us to get out of the boat!

faith is revealed, confirmed, and made perfect by our actions not affirmations

Functional Atheists
Behavioral studies by various pollsters suggest that the vast majority of Americans who self-identify as Christian are functional non-Christians, if not atheists, with rates of divorce, sexual promiscuity, substance abuse, and other behaviors on par with those of their non-Christian neighbors. (By their fruits you will know them.)

In his 2001 book Growing True Disciples, George Barna reported, “To the naked eye, the thoughts and deeds (and even many of the religious beliefs) of Christians are virtually indistinguishable from those of nonbelievers.” Six years later he similarly reported, “born again Christians are statistically indistinguishable from non-born again adults on most of the behaviors studied.” The studied behaviors included lying, substance abuse, and extra-marital sex. (By their fruits you will know them.)

For example, although the Church teaches that sex is reserved within the marital bond of one man and one woman, 94 percent of adults admit to having had non-marital sex. Considering that roughly 70 percent of the U.S. populace is Christian, it is safe to say that a lot of Christians—very likely, the majority—are guilty of sexual sin. (By their fruits you will know them.)

A Christian I’ll call “Kurt” is a case in point. Over breakfast one morning, as Kurt was telling me about his girlfriend, I was taken aback when he breezily insinuated the sexual nature of their relationship. When I asked how he squared that with Church teaching, his jaw went slack as if I’d asked about the burial rites of the Inuit. After an awkward pregnant pause, he replied, “I’m committed to her!” as if that would resolve any biblical difficulty I might bring up. I brought up a few. He was unmoved. A few months later I heard that he was in another “committed” relationship.

By their fruits you will know them.

On the issue of abortion, the pro-choice Guttmacher Institute found that in 2014, 54 percent of women who chose abortion were Christian (24 percent Catholic and 30 percent Protestant) compared to 46 percent who were non-Christian. That finding led the Jesuit publication, America, to report that Catholics are just as likely to get an abortion as anyone else. What’s more, although the Catholic Church stands resolutely against abortion, more Catholics favor its legality than oppose it. Every Sunday morning at the Catholic church I attend, I’ve noticed a car in the parking lot with a bumper sticker stating, “STOP the GOP war on women!”

Many of these people most likely would consider themselves good Christians. They are active in church, perhaps theologically conservative, even espousing conventional Church teaching. Yet, when it comes to the way they actually live they have cultivated, what Mary Eberstadt has called, the “will to disbelieve” what the Church plainly teaches.

By their words, they profess faith in Christ, but by their actions they reveal that their faith is in their instincts, urges, feelings, and the secular sirens of culture: Dear Abby, Oprah, Joel Osteen. (By their fruits you will know them.)

Barna’s research suggests some underlying causes here. From surveys taken between 2005 to 2010, Barna found that less than 20 percent of Christians are committed to spiritual formation. What’s more, says Barna, “less than one out of ten have talked about their faith with a non-Christian, fasted for religious purposes, and had an extended time of spiritual reflection during the past week.”

He goes on to report that among self-identified Christians, less than 3 percent “have surrendered control of their life to God, submitted to His will for their life, and devoted themselves to loving and serving God and other people.”

Just think—70% of Americans profess to be Christians, and yet as few as 3% could be called disciples—that is, believers who have dedicated their lives to become more like Jesus by learning to do the things he commanded us to do. The rest are people of unpracticed faith who, if church members, are in effect “belonging-non-believers.”

In result, we have Christians who are exuding more the stench of death than the aroma of life and a Church that is losing its social and moral capital in an ever-increasingly secularized world. Lord have mercy!