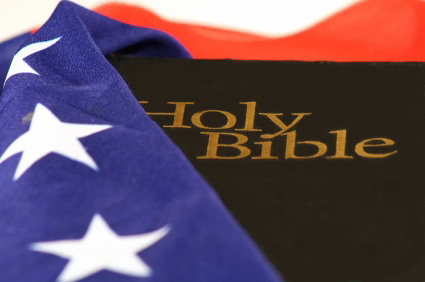 by Jeffrey T. Brown –
The God of the Bible is anathema to secular leftists. As evidence of that, we see a troubling rise in anti-Christian and anti-Semitic bigotry from the political left, both at home and abroad. To push the faithful farther out of the mainstream, it is now chic to target Christians and Jews for verbal and physical abuse, and worse in many places, because those who deny the biblical God are in power or rising to take it. Corrupt human power and Divinity are mutually exclusive.

As a manifestation of this rising aggression toward Western religious values, atheism and secularism have become cool and trendy among those making the absurd case for the shabbiness of human nature as the planet’s preeminent force. Though the Founders foresaw the need to constrain such force via the Constitution, secularists have decided that this is their time to rise and forcibly convert the rest of us, or punish or re-educate us. Their influences and voices are becoming louder and angrier, and their attacks more confident. They are empowered by the fact that the dominance of the left in politics, the media, and entertainment means that they are largely free to do or say any offensive or vile thing they wish, since the watchdogs endorse their crimes and make it unpopular and painful for anyone who might oppose them.

The denial of the biblical God in America has been a decades-long work in progress.

The denial of the biblical God in America has been a decades-long work in progress. After all, the elimination of a Divine Being from the equation leaves deeply flawed humans as the sole arbiters of what constitutes acceptable human behavior. When one does not have to answer for his cruelties, hatred, bigotry, violence, etc., life becomes a lot more pleasant for the aggressor. Similarly, if there is no God, the treatment of His believers as mindless simpletons is more easily justified, since who else but a backwards hick would believe that something other than man, or random chance, created all that is around us, in measures of complexity and symmetry that humans still have not yet deciphered? Sure, we all get that species evolve over time to adapt, but no one has yet explained plausibly why, if we magically grew from single-celled entities in the muck, new humans don’t continue to magically “evolve” under the same conditions. We still have muck and have had eons of time. Where are the new evolving humans?

The Christian concept of a human soul is offensive to those who recoil at the thought that their existence might derive in any way from a Divine Being to whom they will one day answer. If they admitted to that, then they might also have to concede that the God from whom their soul derived has rules, and they hate rules they didn’t write, rewrite, or make up on the spot, depending on their need to get away with something.

With God replaced by humans as nature’s biggest and best, other behaviors become easier to rationalize. If there are no rules imposed by God for human behavior, then morality is a manufactured concept and is purely optional. Truth and honor, as manifestations of morality, are artificial and therefore are silly. What matters are the ends. But with God gone, whose ends are dominant? Why, the left’s ends, of course. But don’t worry. If there were a God, they tell us, he would side with them, because they have deigned to label their oppression “moral.”

This belies another odd fallacy of secularism as the left practices it. If there is no God, from where does the virtue arise that is so often pushed as the leftist’s justification for tyranny? From leftists, of course. With God out of the way, leftists will decide for us what is best, what crumbs they will allow us to have, what we will be allowed to do. It’s not that leftists don’t like moral codes being imposed upon mankind. It’s that leftists have figured out that it must be a flexible moral code that protects them as they coldly force their preferences on others, against their inferiors’ will.

The God of the Bible is anathema to secular leftists.

This brings us to a fact the left simply cannot abide. Every human is endowed with free will. The concept that each life is sacred is based in part upon the fact that each is blessed with the ability to rationally weigh moral choices and, based on concepts like future consequences and a greater good, choose right from wrong. No other species can foresee, for instance, the disastrous effects of a bad moral decision extending in perpetuity. Many Christians recognize that the vehicle for this trait is the human soul, an inexplicable gift connecting us to the Divine, by which we exercise free will either to move closer to Him or move farther away.

Because each of us is endowed with this gift, no one is better or more entitled than another. As such, we are likewise endowed by God with the inherent gift of autonomy, with unalienable rights to be free from the false human gods who have denied the actual God in order to replace Him with their own presumed superiority. Deny God, and those truths magically vanish from the discourse, to be replaced with the argument that rights derive from man, and are gifted to man by other men. If there is no God, no soul, no Divine spark, there is no autonomy. Human power is all there is, and the rules are whatever other humans decide they will be for those they intend to rule. At this point, inherent rights can and will be rescinded by man.

God is the left’s most hated enemy, though they will cynically invoke God to mislead the gullible.

And here we find ourselves now. God is the left’s most hated enemy, though they will cynically invoke God to mislead the gullible. They protest that their secularism, and their goals of dominance and control of other humans, are altruistic and are thus Godly. They ignore that their rationalization of altruism is itself an act of tyranny, in which they have made themselves and their values superior to those whom they seek to control or victimize. As they pretend to be motivated by charity and kindness toward society, they advance only those who swear obedience to the power they wield. Oaths are mere formalities, since there is no God who will hold them to account for their infidelity. Honor is foolishness, since only the accomplishment of dominance over those who disagree matters. There is no greater good, no higher call, than power over others.

Good has always warred with evil. So it is now. God and Satan are forever vying for human souls. Those who swear allegiance to human vice are increasingly feeling free to attack those who don’t. No matter. To surrender to evil is not only to lose our innate freedom, but to dishonor the Divine spark that was gifted to each of us. The farther we get from God, His rules, His virtues, His essence, the worse it becomes.

Rather than abandon God because the cool kids are all doing it, while threatening us with rescission of rights, curtailment of religious freedom, “hate” laws, bigotry, and prejudice, we must ask His help. God has blessed America. When we have had enough of man and turn back to God, we may be worthy of true success, rather than the failure that has come to every other nation that has placed the corrupt power of man over the divinity of God.