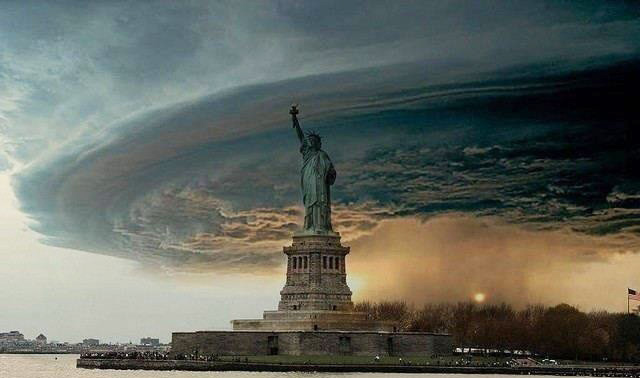 by Franklin Graham –
For some time now, I’ve been warning about the coming storm of religious persecution and oppression in America. Over the course of the past year, I’ve become increasingly convinced that the storm is no longer just approaching, it is hard upon us.

The threats to the historic and sacred history of our nation’s religious liberty are advancing on several prominent fronts. …

Dr. James Dobson outlined the enormous consequences of the decision in a letter to his supporters.

“I do not recall a time when the institutions of marriage and family have faced such peril, or when the forces arrayed against them were more formidable or determined,” he said. “Barring a miracle, the family that has existed since antiquity will likely crumble.

“Marriage represents the very foundation of human social order. Everything of value sits on that base. Institutions, governments, prosperity, religious liberty and the welfare of children are all dependent on its stability. When it is weakened or undermined, the entire superstructure begins to wobble.”

Regardless of the court’s decision, it’s clear that the combined agents of cultural indoctrination—the judicial powers, the educational elite, the extremely biased and liberal media, and the hate-filled, intolerant gay/lesbian lobby—have gained enormous ground in the war against traditional marriage and biblical norms.

Listen to the words of a young Canadian adult who has seen how seismic the moral change can be when a country adopts the homosexual agenda into its governance. Dawn Stefanowicz was one of six adult children of gay parents who filed amicus briefs with the U.S. Supreme Court asking for the court to maintain the traditional definition of marriage.

“I want to warn America to expect severe erosion of First Amendment freedoms if the U.S. Supreme Court mandates same-sex marriage,” she wrote in an article for Public Discourse, an online publication of the Witherspoon Institute. “The consequences have played out in Canada for 10 years now, and they are truly Orwellian in nature and scope.

“In Canada, freedoms of speech, press, religion and association have suffered greatly due to government pressure. The debate over same-sex marriage taking place in the United States could not legally exist in Canada today. Because of legal restrictions on speech, if you say or write anything considered ‘homophobic’ (including by definition anything questioning same-sex marriage), you could face discipline, termination of employment or prosecution by the government.”

Unless we see a surprise reversal of the godless forces that are relentlessly seeking to undermine the bedrock, biblical precepts that have undergirded our moral behavior for centuries, I am afraid we could be in the same dreadful state as our northern neighbor.

As an anonymous professor who was interviewed by the American Conservative pointedly said: “We are now at the point at which it is legitimate to ask if sexual autonomy is more important than the First Amendment.”

The continued outcry of atheists against any expression of religious freedom (pages 8-17), the bullying tactics of LGBT activists (page 4) and the large numbers of people who care nothing about God or spiritual matters (pages 24-29) reveal that the moral state of our union is perilous indeed. I have no doubt our nation is teetering on the edge of a gaping moral abyss.

That’s why beginning early next year, I intend to travel to all 50 states to proclaim loudly and clearly that believers in the Lord Jesus Christ must take a stand now if we hope to see our children and grandchildren grow up in a nation with the profound blessings that religious freedom brings.

As we elect a new president in 2016, I will do all I can to turn our attention to the priority and power of the gospel of our Lord Jesus Christ. No political party can save us. No amount of legislation that ignores and forsakes moral precepts can bring about true, lasting hope and change.

I do believe, however, that bold Christian men and women should run for office at every level—local, state and national. Think about what a profound difference it would make if we had committed followers of Christ serving on local school boards, city councils, as mayors, in state halls and holding national offices.

Christians have a biblical commission—to be salt and light in a dark world—in addition to the Great Commission of evangelism and discipleship. We are to be the “good infection,” in the words of C.S. Lewis, touching our neighborhoods, communities, schools and businesses with the compassion and truth of Christ.

The Bible is clear that the world system has always been opposed to the things of God. The Apostle John wrote that “the whole world lies in the power of the evil one” (1 John 5:19).

That said, I am standing up for the truth and principles of God’s Word. There is transformation power in the gospel of the Lord Jesus Christ—power to change hearts and souls, even cultures, as redeemed men and women live holy, uncompromising lives for Christ.