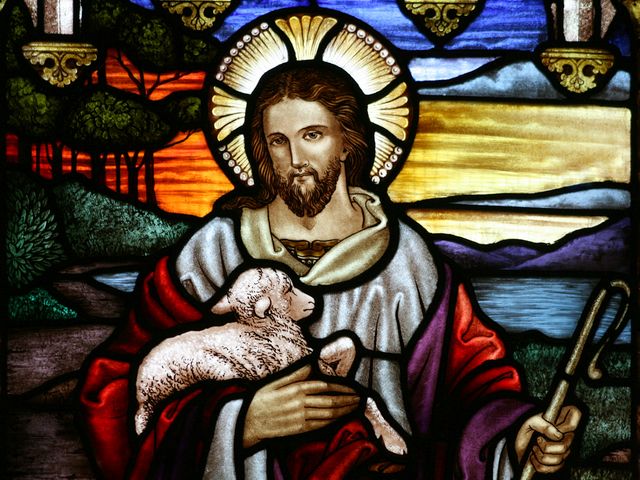 by Bill Flax –
Christians desire to live virtuously with beliefs grounded in love, truth and justice. However, for many churches, justice has been perverted from its biblical meaning — conformity to God’s statutes — into a quest for egalitarianism. Truth — consistency to the character and will of God — has lost its clarity. Love has been reduced into a mere emotion. Many mainline denominations afford more certainty to atheists in academia and media than Scripture.

Many Christians abandoned Scripture, embarrassed by its teachings anywhere they differ from what passes for progressive, nuanced or sophisticated thought. Paul warned against being deceived by the world’s philosophies (Colossians 2:8), but many mainline churches were overrun by the same leftist ideologies that overran every other facet of America’s intellectual current. Babel rises anew.

Salsman perceives this but mistakes its foundations. The religious left and, more frequently, irreligious opportunists transform Christ’s teachings from the spiritual to the political/economic. They even interpret the gospel through the decidedly un-Christian lens of humanistic socialism.

The religious left transform Christ’s teachings from the spiritual to the political/economic.

It’s not that “the faintest familiarity with Scripture” enforces the modern welfare state. But that people like Salsman with faint familiarity spout Scripture erroneously. The passages he referenced reveal spiritual not secular truths. He even relays a quote regarding socialism, “addressing itself not to the soul but to the sense of men.”

Yet Jesus focused primarily on the soul over the senses of men. Such verses support socialism only if you divorce Scripture from its actual meaning. If reading Jesus’ teachings through purely naturalistic or materialist lenses, it’s plausible to support welfare, but even then you must be a “cafeteria” Christian ignoring many more sections that argue fervently against government expansion.

Isn’t it contradictory to take what Jesus said devoid of his intent? People who don’t believe the Bible frequently usurp its authority for their theories, but those who champion the inerrancy of Scripture rarely espouse secular socialism. Reducing Scripture to secular ideas rejects its authority. Truth doesn’t come from the Bible. The Bible comes from truth as God’s revelation.

Christ never elevated the body before the soul and rarely focused on worldly matters. He preached repentance, hardly a worldly topic, then died a horrible bodily death to rescue mankind from spiritual damnation. Those verses bandied about promoting socialism were given to reveal the ultimate truth: that man is incapable of effectuating his own salvation.

As were other teachings that clearly reject egalitarian socialism. If removed of their spiritual punch, many verses advocating property rights or esteeming success contradict those cited by Salsman. Matthew 25 includes both the “whatever you do for the least of these” vs. President Obama relishes and the parable of the talents, “For to everyone who has, more will be given, and he will have abundance; but from him who does not have, even what he has will be taken away.”

Reading Scripture in its spiritual context overcomes all such seeming contradictions. And woe to those who cite one passage but neglect its corollaries.

We absolutely have moral obligations to help others.

When asked to explain his teachings, Jesus stated repeatedly they were to be intoned spiritually. He admonished not to fear those who can only kill the body, but fear the One who can kill the body and soul in Hell (Matthew 10:28). Because, as Christ told Pilate, “My kingdom is not of this world” (John 18:36). Therefore, Christians are to live as sojourners, primarily focused on Heaven. While here, we yield unto Caesar that which is Caesar’s but must never yield that which is God’s (Matthew 22:21).

Salsman deserves commendation for citing Scripture (Philippians 1:17-18) and hopefully a deeper search finds his heart fertile soil. Although, I am curious what translation states that “a rich man cannot enter the Kingdom of Heaven.”

We absolutely have moral obligations to help others. We are called to love our neighbors as ourselves and to love God even more. Self sacrifice is noble. Pride is sinful. It is better to give than to receive.

But Christians’ moral obligations dispute the welfare state and heavy taxation. As the Apostle Paul instructs in 1st Timothy 5, the church shouldn’t dole out relief to unworthy widows nor to those with families thus depriving their relations of opportunities to exercise their faith. Hard to believe Paul would make such decrees concerning church benevolence yet favor godless welfare programs.

If as James relays, true religion sees to the needs of widows and orphans. Or, as Isaiah instructs, to defend the fatherless; it’s passing strange to claim biblical support for public subsidies encouraging unwed mothers to produce fatherless children.

Biblical benevolence bears moral accountability seeking to restore broken lives and reconcile lost souls, not create government dependents. Opportunists have always invoked helping the poor to enrich themselves. This awful trait resembles Judas Iscariot (John 12:4-6) more than Jesus Christ. The welfare state yields to Caesar that which is God’s and the results are predictably dire.

President Obama exemplifies this. And no, I’m not comparing him to Judas and pray his faith is sincere and salvation secure. Salsman quotes Obama prolifically to make his point. But citing Scripture for personal gain doesn’t make the president biblically fluent any more than misquoting Thomas Jefferson makes him a standard bearer for limiting government.

Paul instructed the Thessalonians to work diligently and mind their own business so to never unnecessarily burden others; and later, that if one doesn’t work he shouldn’t eat. A command still relevant today as minimum wage earners enjoy more material abundance than the rich young ruler who confronted Christ.

It’s amazing how frequently that passage is misappropriated. When Jesus instructed the rich young ruler to give away everything in exchange for treasures in Heaven, he made a spiritual point illustrating the gravity of the choice.

This cannot be a universal teaching to forgo possessions any more than everyone should pluck out their eyes or hate their parents. But we should all gladly forgo anything that hinders salvation because losing relatives or an organ pales compared to eternal damnation. And Jesus didn’t instruct him to sell his neighbor’s possessions. Nor, give them over to a godless state.

If MSNBC’s Lawrence O’Donnell believes otherwise, why hasn’t he sold everything? Read Romans 14 about living according to your beliefs.

We aren’t justified by selling our possessions and turning them over to a secular state.

Misquoting Jesus aside, “it is easier for a camel to go through the eye of a needle than for a rich man to enter the kingdom of God” (Mark 10:25). Riches expand our temptations and lessen one’s ability to recognize their spiritual poverty (Matthew 5:3). But nobody achieves salvation by merit, for we all fall short (Romans 3:23). If perfection were attainable, the cross would have been unnecessary. Thankfully, what man finds impossible God finds possible.

Taking that passage in a materialist rather than a spiritual sense errs. In Matthew 11, Christ said his burden is light. This was not some prosperity gospel bunk about living well in this world for Christ had just told us in Matthew 10 to die to self. But the burden is light in that God’s grace liberated us from the law’s condemnation.

We aren’t justified by selling our possessions and turning them over to a secular state. We are only justified by Christ’s atoning sacrifice on the cross and sealed by his resurrection.

We are only justified by Christ’s atoning sacrifice on the cross and sealed by his resurrection.

Nor are Christians to “reject reason, science and facts.” Jesus said the greatest of all commandments is to “Love the Lord your God with all your heart, with all your soul, and with all your mind.” The biblical assurance of a rational, ordered planet with discoverable natural laws birthed modern science.

Salsman’s ire is misplaced. If he so despises welfare, rather than denigrating Scripture, he ought to reserve his wrath for those seeking a scriptural imprimatur for unbiblical ends. Read his piece and look up the passages he cites, but not in a spiritual vacuum.

You can believe Jesus is God incarnate or not. That is an individual decision with eternal ramifications. You can also believe the Bible is God’s revealed word, another profound choice. But those who reject the divinity of Christ and the inerrancy of Scripture ought to forgo citing them erroneously for secular purposes.

And no, there isn’t “much in common between Karl Marx and Jesus Christ.” That’s next week.
————
Excerpts from article on Forbes.com originally published on 5/05/2011.

1 thought on “Christ Was Not a Communist”