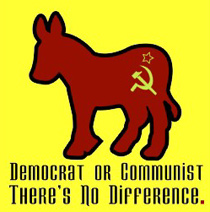 Keynesianism is a model based upon how collectivists think the economy should operate, rather than how it actually operates.  As Ron Ross puts it, “Keynesianism is definitely not an evidence-based model of how the economy works. So far as I know, Keynes did no empirical studies.” He sets Keynes’ research, or lack thereof, against that of Reagan economic adviser Milton Friedman, a staunch advocate of free markets and limited government intervention. “Friedman,” Ross says, “was a far more diligent researcher than Keynes. Friedman fit the theory to the data, rather than vice versa.”

In short, a pleasant hypothesis — that a central government can stimulate demand and shorten economic downturns for stabilized prosperity — supports the Keynesian model.  Not facts.  That is why you don’t hear Democrats touting the Obama administration’s past successes.  The facts surrounding his economic policy are simply not useful for anything but arguing the same policy’s ineffectiveness.  Take the American Recovery and Reinvestment Act of 2009, for example.  The legislation appropriated $787 billion to various initiatives, meant to stimulate the economy and job growth.  But the results are painfully dismal.  Unemployment has held above 8% since February of 2009, marking the highest sustained length of such unemployment since the Great Depression.  In fact, the “recovery” that ensued, despite this inordinately large taxpayer “investment,” has yielded the slowest recovery from any recession since World War II.  And an unprecedented number of Americans now rely on government food stamps and other welfare programs for subsistence.

The list of this administration’s economic failures could go on and on, including the astronomical and poorly projected liability of the Affordable Care Act.  But suffice it to say that the poor economy has taken a toll upon the engine of American prosperity: workers.  James Sherk of the Heritage Foundation reports that millions of Americans have “stopped trying to find jobs,” and that “only 63.7% of adult Americans are active in the labor force, meaning that they are either employed or looking for a job.  That’s the lowest level since 1983.”  Incidentally, that’s the year in which the bulk of the tax cuts from Reagan’s Economic Recovery Tax Act were implemented, signaling a recovery from the miserable economy he inherited from Carter’s administration — which relied heavily on (you guessed it!) Keynesian economics.

That contrast should immediately stand out, and it should illustrate beautifully why Keynesianism fails, and why it will always fail when employed wholesale as an economic strategy.

Obama’s stimulus was based on this Keynesian economic model, and it allocated expected future taxpayer money to achieve short-term stimulus.  Why wait for these dollars to be earned, the Obama administration posited, when the government can put that future revenue in play right now to stimulate consumerism and get employment back to where it should be?  “The implication,” Ron Ross explains, “is that you can hit the economy a few times with a cattle prod and get society back to full employment.”

But clearly, that hasn’t happened.  What has happened, however, is that the federal government share of GDP increased from 19% in 2008 to 24% by 2011, and this administration will have grown the federal budget by 16.5% by the time its first term ends, barring any new stimulus.  This significantly increases taxpayer liability, which all but ensures the need for higher taxes.  And higher taxes lead to depressed consumer demand, which does not stimulate the growth of capital in a free market — it thwarts it.

This may seem obvious to a reasonable American who has the economic sense to balance his household budget.  Increased essential spending on household repairs, for example, will leave less money for discretionary spending, which will in turn influence how you spend money.  You may spend less, and you may save more, but spending patterns will be affected.  But that’s all alien to politicians — particularly leftist ones. They generally embrace a “zero elasticity view of the world.”  They believe that “people will behave after taxes just as they behaved before taxes and the only effect of taxes is more revenue.”  In other words, they think we are cogs in a government-run economic machine operated by bureaucratic tinkers working for a greater good, rather than individuals who operate within individual circumstances.  And that is why collectivists love Keynesianism and hate supply-side economics.

The beauty of supply-side economics is that it achieves what politicians rarely do: it recognizes and accounts for the economic realities of individuals.  In fact, it relies heavily upon those realities.  Reagan’s economic advisers knew that cutting taxes would leave individual Americans with more discretionary income, giving a boost to demand.  They knew that if they incentivized individual producers and businesses, those same people and enterprises would be eager to invest to meet that increased demand, yielding economic growth and prosperity.  They knew that individuals are the drivers of economic success, not the government.

Collectivists looking to suppress liberty and destroy America’s capitalist form, however, might say that this is precisely why Keynesianism succeeds.