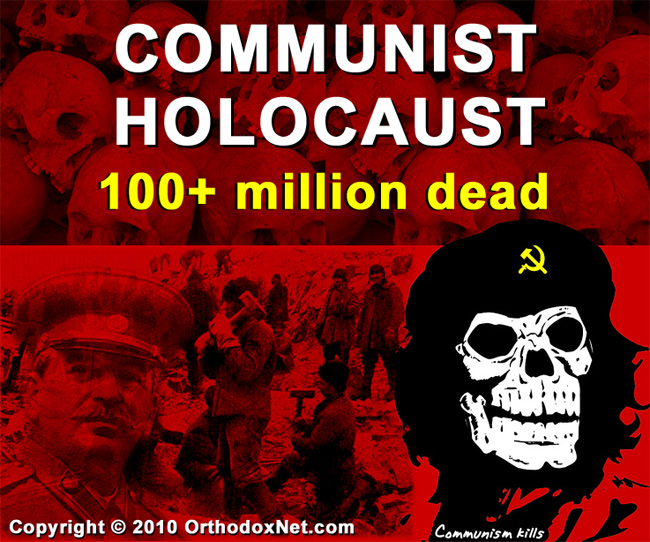 A free people cannot afford to forget the evils of Communism. We cannot allow the atrocities of Lenin, Stalin, Mao, Pol Pot, Ho Chi Minh, Ceausescu, and Castro to fade into the background of history. We must not forget the trail of blood and tears this utopian deception has left behind.

It is a great moral failing that so many don’t know the extent of Communism’s atrocities and the great evil they unleashed on the world. While the horrors of Nazism are well known, who knows that the Soviet Union murdered more than 20 million people? Who knows that China’s dictators have slaughtered as many as 60 million? Who knows that the Communist holocaust has exacted a death toll surpassing that of all of the wars of the 20th century combined? (Victims of Communism Memorial Foundation)

The following estimates represent citizens killed or starved to death by their own Communist governments since 1918. These numbers do not include war dead. The governments are sorted by body count (highest to lowest). All numbers are mid-estimates.

A detailed bibliography is listed at the end of this page. While this list is as complete as I have been able to determine, it is evolving. Some numbers are incomplete and there are still five Communist countries that have the potential to kill more of their citizens. (Scott Manning)

(table above created by Scott Manning)