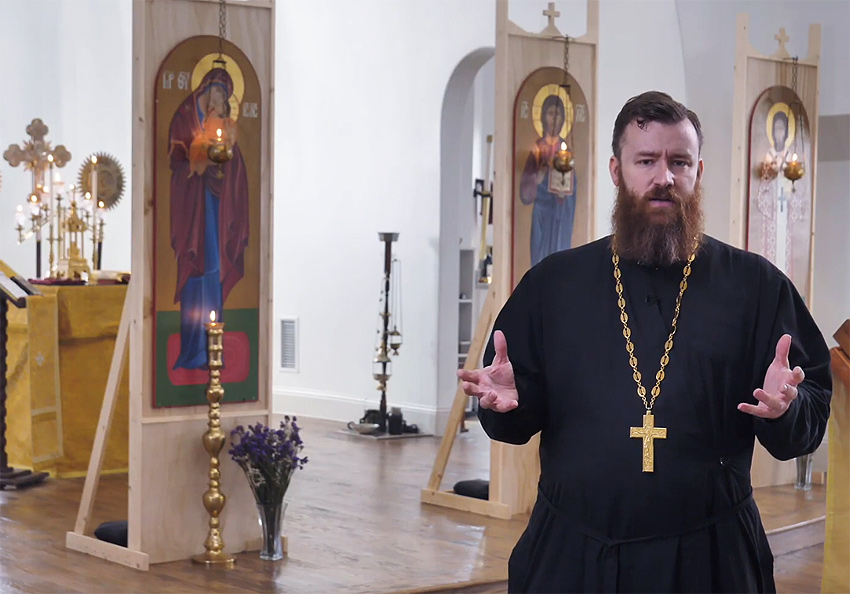 by Fr. Photius Avant –
Sin itself, of any variety, cannot be blessed by the Church. It can’t be. Sin is destructive. It is corrosive. It has within it the principle of death, of dissolution.

And, it is the Word Jesus Christ Who is defended at the First Ecumenical Council in Nicaea in 325 which we commemorated yesterday. A terrible heresy had disrupted the peace of the Church: the heresy of Arius. Now, he was not the first heretic and certainly not the last. But, heresy, all heresy, is destructive because in changing what we understand about Christ, in changing about what we understand about the Holy Trinity, the end goal gets changed. The goalposts have been moved. [Read more…] 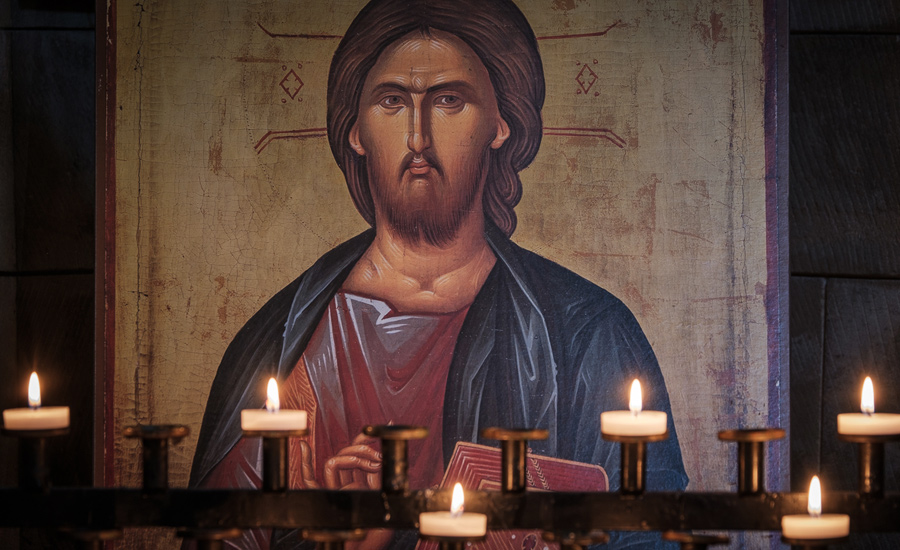 by Fr. Gabriel (Hieromonk) –
The answer to the question, the meaning of our life, is the Holy Spirit of God being poured out upon us. It is our calling on the name of the Lord and being saved.

Throughout all the ages of human history, mankind has been ceaselessly occupied with a single question: why? What is the meaning of life, what is the purpose of birth and death, of love and of suffering? Why have we appeared in this world which is so full of both beauty and misery? Men and women of every culture and nation, of every philosophy and religion, have sought for countless centuries to find the answer to this question, and still there are those who seek to find it today despite the modern cacophony of triviality which has all but overwhelmed us. [Read more…] 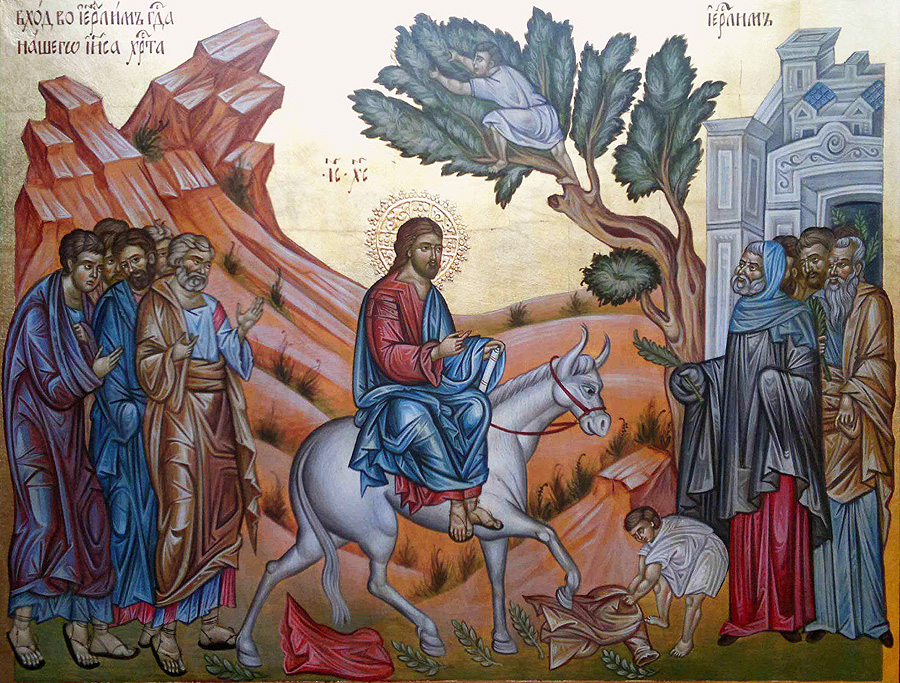 by Bishop Ilias (Miniatis) –
Hosanna: Blessed is the King of Israel that comes in the name of the Lord. (John 12:13)

The Destroyer of hell, conqueror of death, Author of life, our Lord Jesus Christ resurrected Lazarus the Four-Days-Dead. When on the next day He entered into Jerusalem, the entire city was shaken by the news of such a great miracle and the arrival of such a Miracle-Worker. “Who is this?” they asked each other. The entire multitude had gathered for the Passover, as if drawn by a divine wave of hand, and now receives Him with great solemnity as the King of Israel.

Some go before Him, others behind; some cut branches, others throw them on the ground; others spread their garments on the path, and all with one voice—even the little children—exclaim, Hosanna: Blessed is the King of Israel that comes in the name of the Lord! I will mark three circumstances in this light-bearing solemnity: first, the garments that were spread on the ground; second, the palm branches, the signs of victory; and third, the joyful exclamation of: Hosanna, Blessed is He that comes. [Read more…] 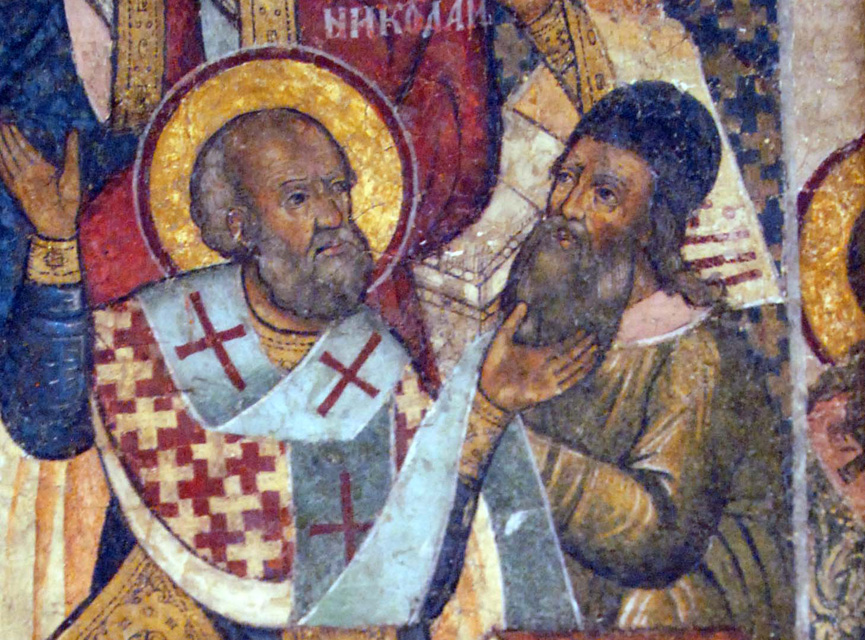 by St. John Chrysostom –
But since our discourse has now turned to the subject of blasphemy, I desire to ask one favor of you all, in return for this my address, and speaking with you; which is, that you will correct on my behalf the blasphemers of this city. And should you hear any one in the public thoroughfare, or in the midst of the forum, blaspheming God; go up to him and rebuke him; and should it be necessary to inflict blows, spare not to do so.

Smite him on the face; strike his mouth; sanctify your hand with the blow, and if any should accuse you, and drag you to the place of justice, follow them there; and when the judge on the bench calls you to account, say boldly that the man blasphemed the King of angels!

For if it be necessary to punish those who blaspheme an earthly king, much more so those who insult God. [Read more…] 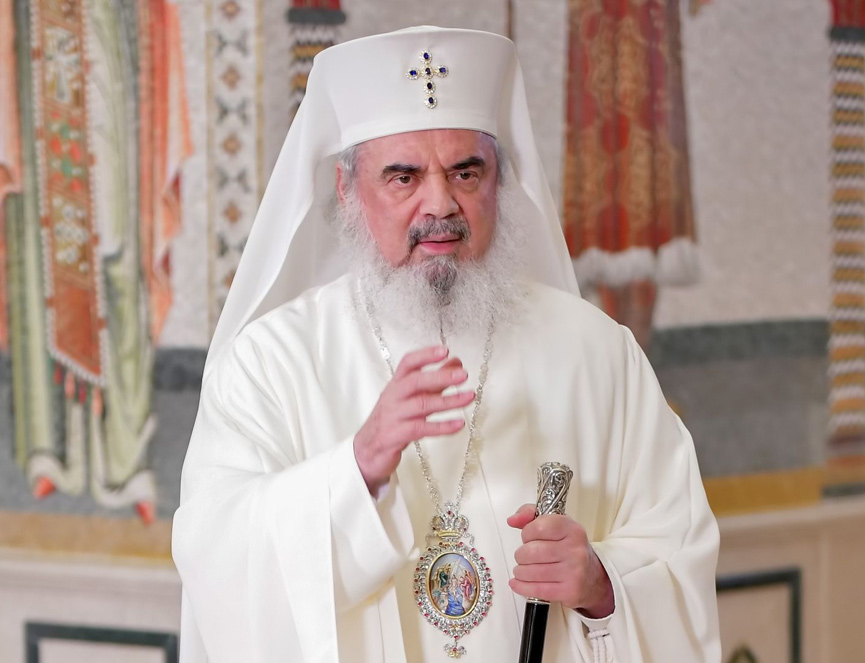 by Aurelian Iftimiu (on Patriarch Daniel of Romania) –
‘Repentance is an effort for inner change, not a simple regret,’ His Beatitude Patriarch Daniel [of Romania] said in his Sunday homily at St Gregory the Enlightener Chapel of his Patriarchal Residence.

His Beatitude noted that repentance does not simply imply saying ‘I’m sorry’ and moving on, ‘it is an effort to change the way of thinking, of speaking and of acting.’

In this regard, the Patriarch recalled that many saints ‘were originally thieves and criminals, but through repentance they changed themselves and became wonderworking Saints.’ ‘Some of them used to be decadent, as Mother Mary of Egypt who through much repentance became a Saint. When praying she rose from the ground because she was more related to heaven than to earth,’ Patriarch Daniel said Jan. 13.[Read more…] 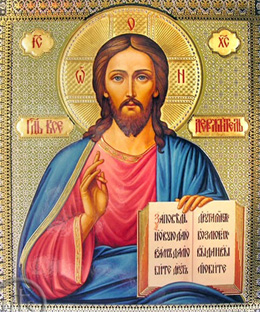 by Fr. Matthew Jackson –
From the ‘smallest’ temptation to the most dramatic events, all temptation is more than fallen humanity can bear. It is only through God’s assistance that we can bear all things. God will not give us more than we can bear, but bearing our temptations requires that we turn to Him for help.

There is an article (a few of them, actually) making the rounds on social media right now which tries to make the point that the phrase “God will not give you more than you can handle” is not an accurate thing to say. Unfortunately, these articles themselves don’t quite have things right.

They refer back to the quote from 1 Corinthians 10:13 – “God is faithful, Who will not suffer you to be tempted above that you are able.” (This is where the quote ‘God will not give you more than you can handle’ originates). The point is then attempted: this verse doesn’t mean you won’t be given things that can’t be handled, only that God will not allow a temptation you can’t bear – that the verse doesn’t say anything about other experiences you may have within life. [Read more…] 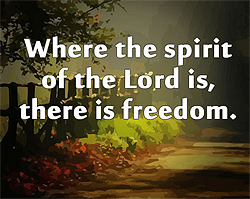 by Fr. Patrick Reardon –
With respect to the life in Christ it is important to keep in mind two aspects of freedom:

First, a correct concept of freedom disinclines us to reduce it to the mere ability to make choices. Thus reduced, indeed, freedom looks more like a potential than a reality. Freedom is counted, after all, as a great human blessing.

But how can the mere capacity for choice be —without reservation— a blessing? Is that man to be called blessed who chooses to fling himself into a fire? Is freedom truly a blessing if someone deliberately enslaves himself? If freedom is to be counted a blessing, choice must in some measure be qualified by its object. [Read more…] 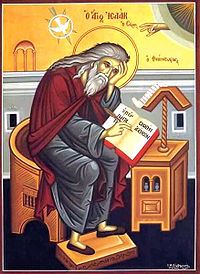 by Fr. Matthew Jackson –
There is an article (a few of them, actually) making the rounds on social media right now which tries to make the point that the phrase “God will not give you more than you can handle” is not an accurate thing to say. Unfortunately, these articles themselves don’t quite have things right.

They refer back to the quote from 1 Corinthians 10:13 – “God is faithful, Who will not suffer you to be tempted above that you are able.” (This is where the quote ‘God will not give you more than you can handle’ originates). The point is then attempted: this verse doesn’t mean you won’t be given things that can’t be handled, only that God will not allow a temptation you can’t bear – that the verse doesn’t say anything about other experiences you may have within life. Pointing out difficult situations – Auschwitz, cancer, rape, etc. – the authors then say that these things crush people and are more than can be borne (cf. 2 Cor. 1:8-9 for their Biblical example – where Paul says they are at the *point* of breaking in order to learn to trust in God, Who then enabled them to handle their temptations). [Read more…] 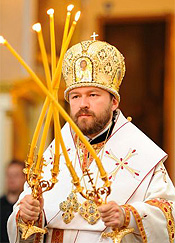 by Metropolitan Hilarion –
In the Name of the Father and of the Son and of the Holy Spirit!

In today’s Reading of the Gospel, we heard the story of how our Lord Jesus Christ, at the request of His disciple, fed up a multitude of people with bread and fish. The Gospel speaks of five thousand men who were fed by the Lord, not counting women and children. So, we do not know the exact number of people. The Lord fed them with five thousand loaves and two fishes.

This miracle of the multiplication of loaves in a desert reminds us that the Lord is the Giver of every blessing, the Giver of both material and spiritual food. It is not accidental that every time before eating we ask the Lord to bless our meal and after the meal we thank Him for satisfying us with His earthly gifts and ask that He may not deprive us of His Heavenly Kingdom.

This miracle of the multiplication of loaves in a desert reminds us that the Lord is the Giver of every blessing, the Giver of both material and spiritual food. [Read more…] 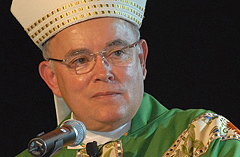 by Archbishop Charles Chaput –
Paul Claudel, the French poet and diplomat of the last century, once described the Christian as “a man who knows what he is doing and where he is going in a world [that] no longer [knows] the difference between good and evil, yes and no. He is like a god standing out in a crowd of invalids . . . He alone has liberty in a world of slaves.”

Like most of the great writers of his time, Claudel was a mix of gold and clay, flaws and genius. He had a deep and brilliant Catholic faith, and when he wrote that a man “who no longer believes in God, no longer believes in anything,” he was simply reporting what he saw all around him. He spoke from a lifetime that witnessed two world wars and the rise of atheist ideologies that murdered tens of millions of innocent people using the vocabulary of science. He knew exactly where forgetting God can lead. [Read more…]

On this day we celebrate the Triumph of Orthodoxy, the commemoration of the defeat of the heresy of iconoclasm. The word “heresy,” as we know, means “false teaching” and the false teaching that was finally vanquished was iconoclasm.

“Iconclast” comes from the Greek work that means “icon-breaker.” The iconoclasts were those who smashed the icons because they believed that the Orthodox faithful, in venerating icons, were breaking the first commandment that says, “Thou shalt not make unto yourself any graven image.”

Of course the objection ran deeper than that. Look at it closely and you see that the false teaching – the heresy – of iconclasm taught something else too. It taught that Jesus Christ never really existed. The second person of the Trinity, the Word (capital W) of the Father never really became flesh and dwelt among us. [Read more…]