by Rod Dreher –
The fact that between my generation and my children’s, the number of self-identified transgenders has increased by 800 percent, testifies to the final victory of the Sexual Revolution in destroying all the traditional sources of the Self. 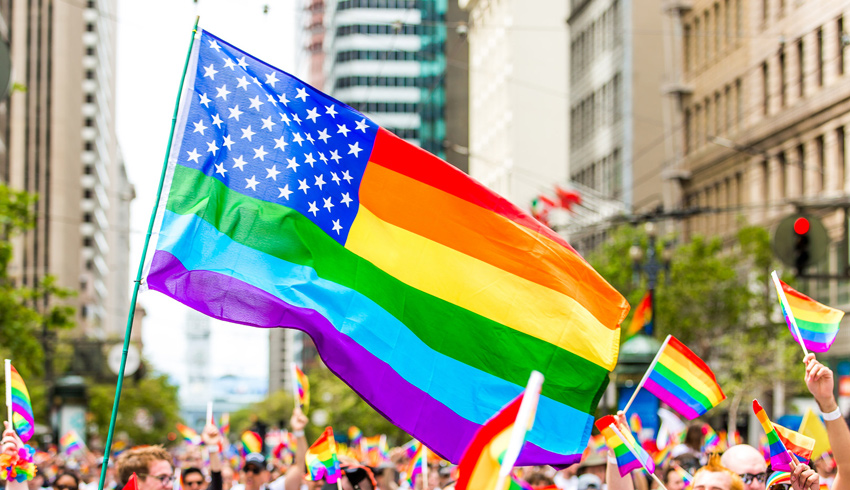 In addition to the pronounced generational differences, significant gender differences are seen in sexual identity, as well as differences by people’s political ideology:

This is a staggering finding, whether you think the news is positive, negative, or neutral. This kind of change in something as fundamental as sexual orientation, in such a short period of time, is mind-blowing.

This is the effect of the collapse of cultural standards, and the propaganda campaign waged in the media and in schools. Today I had a private Zoom conference with senior clergy of a conservative American denomination. They said that the trans thing is exploding among their youth — kids who were raised in this conservative church — and pastors are struggling to know how to talk about it. One cleric said other pastors tell him that they don’t want to “lead” with preaching on transgenderism, for fear of alienating seekers. He said he tells them that you have to take that risk, because families and congregations are being hammered by propaganda all the time.

pastors have to find the courage to tell the truth, no matter what it costs

I agreed, and told him that pastors have to find the courage to tell the truth, no matter what it costs. The dominant culture knows what it believes about transgenderism, and does not hesitate to teach it, constantly. In my experience, parents don’t know what to say or do. If they don’t learn about it from the church, where will they learn it?

One cleric said that in his church’s youth group, some kids stood up and walked out when they begin to present the Church’s teachings on the body, sex, and gender. “They have been told in school that whenever you hear somebody criticize trans, that you are to stand up and walk out,” the cleric said.

I pointed out that this is what Solzhenitsyn told his followers in the Soviet Union to do when confronted with lies: stand up and walk out. Amazing that the other side is using the same tactics against the church!

On the Zoom call, which was to discuss Live Not By Lies, I talked about the Equality Act, which has just been re-introduced in Congress, and which is likely to pass, given that the Democrats control it. President Biden has said that he would sign it into law. If it becomes law, the Equality Act will write SOGI (sexual orientation and gender identity) into federal civil rights law. This will have devastating effects on our society. Ryan T. Anderson, the new president of the Ethics and Public Policy Center in Washington, briefly outlined them.

The act “updates” the law Congress passed primarily to combat ­racism, the Civil Rights Act of 1964, and adds sexual orientation and gender identity as protected classes akin to race. So if you have any reservations about gender ideology — as even many progressives do; just ask J.K. Rowling — you’d now be the legal equivalent of Bull Connor.

Rather than finding common-sense, narrowly tailored ways to shield LGBT-identifying Americans from truly unjust discrimination, the bill would act as a sword — to persecute those who don’t embrace newfangled gender ideologies. It would vitiate a sex binary that is quite literally written into our genetic code and is fundamental to many of our laws, not least laws protecting the equality, safety and privacy of women.

The sky really is falling.

The sky really is falling. You’re not going to hear any of that in the media reporting of the Equality Act, but it’s true. If by some miracle the Republicans in the Senate all hang together, and can convince a single Democrat — Joe Manchin? — to join them, the Equality Act might be stopped this time. But sooner or later, it’s coming. Those numbers you see in the Gallup poll tell you why.

We are getting much closer to the time I wrote about in The Benedict Option, when faithful Christians and others who dissent from the new ideology are going to have to make decisions about whether or not they can continue working in their particular jobs. If you read TBO, you might recall the unnamed physician who said he would discourage his children from pursuing medicine as a career, because he can see the day coming when they will have to do conscience-violating things like perform abortions or participate in gender transitions, or lose their jobs. If you have $400,000 in medical school debt to repay, you are trapped.

If you have not begun to organize support groups and lay the groundwork for networks like Father Kolakovic did, as I report in Live Not By Lies, you should know that time is running out. The Equality Act really will regard you as no better than a Klansman if you hold to the traditional teachings not only about homosexuality, but about transgenderism. (Radical feminists who deny that male-to-female transgenders are women will be held by the same contempt in the law as a fundamentalist preacher.)
…

If you expect orthodox Christianity — as distinct from the false church of Moralistic Therapeutic Deism — to survive all this, you had better be drawing in and digging down in a Benedict Option way of living. And you had better start preparing yourself, your family, and your community, Kolakovic-style, for the coming persecution, once we are declared “domestic terrorists” because we will not conform. If you think I’m being an alarmist here, then tell me, where is the line you would draw, beyond which you know that persecution is upon us?

1 thought on “LGBTQ War on Children: The Queering Of Young America”