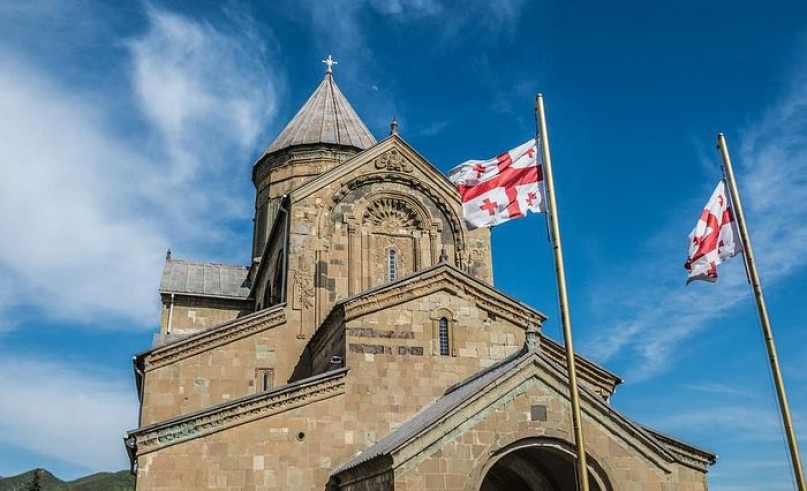 Holy Synod of the Orthodox Church of Georgia –
The Georgian Patriarchate issued a strong statement, both reiterating its call for the faithful to follow necessary sanitary guidelines and responding to those who are attacking the Church’s ancient practices.

In many places where services have continued and the faithful have continued to partake of Holy Communion, those who are ill-disposed to the holy Orthodox faith, including amongst media representatives, are loudly attacking the Church and its hierarchs, accusing them of putting people in danger, such as in Serbia and Ukraine, Romania, and in Georgia as well, as testified to by yesterday’s statement from the Georgian Church.

While calling on the faithful to observe heightened sanitary practices,the Georgian Patriarchate asserts strongly that a ban on Church attendance is an unjustified offense against God, and that those who reject the Church’s Communion practices thereby reject Christ Himself.

a ban on Church attendance is an unjustified offense against God

“The current situation with the new Corona virus is said to be exacerbated,” causing false attacks against the Church despite its own efforts to adhere to and enforce the standards of the state and the National Center of Disease Control as much as possible, the statement begins.

The Georgian Church continues to urge:

there are far more people crowding in public transport, pharmacies, and grocery stores

Further, the Patriarchate states that it does not understand why so much emphasis is being put on people gathering in worship once a week when there are far more people crowding in public transport, pharmacies, and grocery stores.

“In particular, those who do not have the appropriate knowledge or faith in the spiritual significance of the Sacrament are opposed to the thousand-year-old practice of Communion,” the Georgian Church believes.

“Communion from one chalice is the highest confirmation of the love and unity of the flock with Christ, and those who refuse this, refuse the Savior,” the statement emphasizes, though adding that, “We understand that some may be hindered by the propaganda that is taking place in the world today and in our country.”

Those who are sick can stay home and call upon their priest to visit them and bring them Holy Communion, if they so desire.

However, “Prohibiting church attendance for those for whom it is vitally needed is an unjustified offense against God,” the statement declares boldly.

With reference to the Synodal decision of March 20, the Patriarchate continues to call on all its faithful to pray, to deepen their understanding of their own sins, to confess sincerely, and to commune of the Body and Blood of Christ unto spiritual and bodily healing.