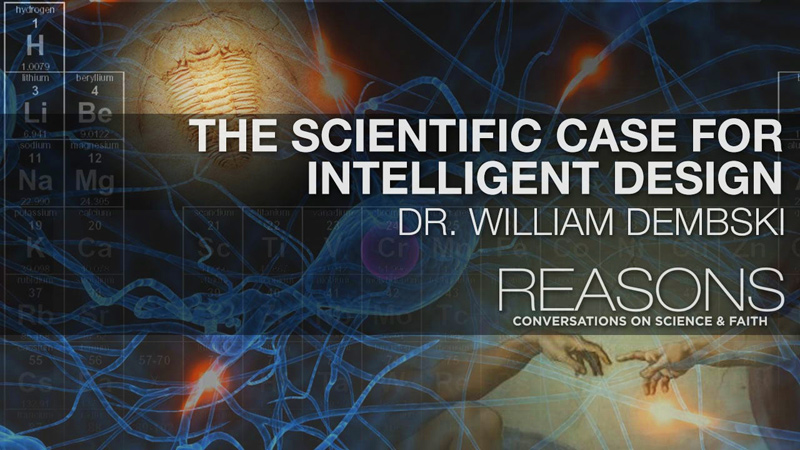 Imagine two science teachers. Mr. Smith teaches straight out of the textbook. He expects students simply to memorize and correctly regurgitate. The other, Ms. Jones, supplements her teaching with challenging mainstream material that casts the textbook’s position in a new, more critical light. She asks students to weigh some of the evidence for themselves, like real scientists do.

This is a question that lawmakers have considered in a series of legislative battles across the country over academic freedom for high school science instructors. The idea that students are well served by creative, challenging instruction would seem uncontroversial. Except, that is, when the subject is evolution. Then all hell breaks loose.

And why do you think that is?

Whether the standard neo-Darwinian mechanism fully explains the origins of biological novelties is a question that scientists themselves increasingly contest. Yet for the media, evolution is the holy Kaaba of science. Resistance verging on hysteria greets attempts to allow teachers to introduce mainstream controversies found in peer-reviewed scientific literature.

Just look at media coverage about Arizona’s state science standards, currently being revised, where minor changes were decried as a wholesale “attack” on evolution. Louisiana passed its academic freedom law, the Louisiana Science Education Act, in 2008 and critics have been denouncing it ever since, dishonestly, for sneaking in instruction about “intelligent design” or “creationism.” Tennessee passed a similar law in 2012, likewise prompting accusations about a “loophole… through which creationism would creep in.”

Then why are efforts to allow teaching the controversy on evolution met with such determined resistance? Is there something special about evolution, setting it apart from other scientific theories?

Well, yes there is. A clue can be found in the frequent comparisons, in these discussions, of evolution to the theory of gravity. We hear it again and again. As one Louisiana State University biologist put it in a recent TED talk, “Evolution is a fact as much as the ‘theory of gravity.’”

This comparison has a long history. And in perhaps its earliest incarnation, it went even further, insisting that evolution is even more certain than gravity.

Let’s take a moment to go back in history. Joseph Le Conte (1823-1901) won renown as a professor of geology and natural history at UC Berkeley. His influential 1888 book Evolution helps us to trace back to the origin of the gravity comparison. Writing about the fossil record, Le Conte describes a contradiction to Darwin expectations:

[S]pecies seem to come in suddenly, with all their specific characters perfect, remain substantially unchanged as long as they last, and then die out and are replaced by others.… [W]e do not usually, it must be acknowledged, find the gradual transitions we would naturally expect if the changes were effected by gradual transformations.

Le Conte was admitting a problem that many others have recognized. As Harvard paleontologist Stephen Jay Gould wrote in his book The Structure of Evolutionary Theory (2002), “The great majority of species appear with geological abruptness in the fossil record and then persist in stasis until their extinction.”

If the fossil record contradicts Darwin’s own expectation, this would seem to be a weakness of the theory. But no!

The evolution of life actually looks much like the evolution of software, or any other human technology. There is a progression from simple to complex, but major new features consistently appear suddenly. And if we thought about what gradual transitions between major groups of animals or major software versions would look like, we would understand why we do not see them: they would usually involve puzzling new, but not yet useful, features.

Scientists today recognize inadequacies in evolutionary mechanisms. The Royal Society, once presided over by Isaac Newton, may be the most prominent scientific organization on the planet. At its 2016 meeting, “New trends in evolutionary biology,” top scientists and scholars gathered to discuss the future of the theory of evolution. The opening talk by Austrian biologist Gerd Müller laid out the areas that the modern theory has not been able to explain. These enigmas include the “origin of body plans,” “development,” “complex behaviors,” and “non-gradual forms or modes of transition,” aka those same “abrupt discontinuities in the fossil record” that bothered Le Conte.

Given all this, why is evolution as well-established as gravity? Or more so? Le Conte explains:

We are confident that evolution is absolutely certain… [I]t is not only certain, it is axiomatic. It is only necessary to conceive it clearly, to see that it is a necessary truth.… The origins of new phenomena are often obscure, even inexplicable, but we never think to doubt that they have a natural cause.

Finally, we understand. The law of gravity is a “contingent” truth. We believe it only as long as the evidence supports it. The theory of evolution is a “necessary” truth. It is not contingent on supporting evidence. Fossil forms appear in temporal succession in the layered records of the ancient earth. Therefore they must have evolved by a natural process, namely Darwinian natural selection.

This way of thinking has persisted down to our own time. To question the theory of evolution is thus a greater offense than to question the workings of gravity. Note that Le Conte was writing some 27 years before Albert Einstein would, in fact, propose an understanding of gravity to radically replace that of Isaac Newton.

While Le Conte’s axiom has certainly been a useful working hypothesis, it requires us to hold that four fundamental forces of physics alone could have rearranged the fundamental particles on our once-barren planet into computers, airplanes, and iPhones. Surely a reasonable person can be allowed to doubt this.

Is it, then, really a good idea to hide all evidence of uncertainties in evolutionary theory? Charles Darwin himself, in the Origin of Species, advocated “fully stating and balancing the facts and arguments on both sides of each question.” We will not hide our own view: It would be better for students if more instructors were permitted to follow this sage advice.