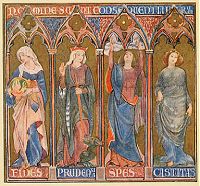 What is remarkable in our age is not that half of our citizens believe it is wrong to kill the child in the womb, the child whose existence, except in the rare case of rape, is owing to our own voluntary actions. That would be like congratulating ourselves for believing that it’s wrong to steal someone’s car, to lie under oath to hurt an enemy, to throw our aged parents into the street, or to desecrate churches.

Where is the great moral insight? What’s remarkable instead is that half of us believe it is all right to snuff out the life of that child – because nothing must be allowed to interfere with our “right” to pursue pleasure, as we use the child-making thing as a sweating-off spa on our way to money, prestige, a five-bathroom mansion for two, a tenured chair in Women’s Studies, the mayoralty of Camden, another year of nights out on the town, whatever.

You cannot spread pro-life icing on a cake made of flour and rat poison.  Our children meet with rat poison everywhere.

How have we come to this pass?  Our imaginations are stunted or diseased, that’s how.  Let churchgoers beware.  You cannot spread pro-life icing on a cake made of flour and rat poison.  Our children meet with rat poison everywhere.

Do they watch Friends on television, that un-funny amoral “comedy” about nihilist young urbanites trading depressions in the mattress with one another?  Rat poison.

Do they watch movies like – well, the moronic Titanic, wherein a shrewish girl and a pouty boy fornicate before they are swallowed by the deep blue sea?  Rat poison.

Do their school teachers feed them such exalted lyric poetry as that of Sylvia Plath, imagining what it would be like to smash her sleeping husband’s head like a rotten pumpkin?  Or the bogus Laramie Project, making a hero out of a deeply disturbed young man, killed in a meth deal?  Or Toni Morrison’s maudlin obsessions with race and adultery?

Vice is the addiction that mimics the habit of virtue.

Your child sees a commercial for Planned Predators.  The commercial baldly states that it doesn’t matter who your “partners” are, how many you have, or what you do – because you are the only one who has any say in the matter, and nobody has the right to judge you.  This is not the morality of a cad or a tramp.  Cads and tramps have attacks of conscience.  It is the bland oh-so-self-assured anti-morality of a demon.  It is one hundred proof grain stupidity.  It is distilled evil.  Now, we want to raise children who will do more than say, “I don’t agree with that.”  Wonderful enlightenment!

We want to raise children who will understand and cherish the virtues of love and purity.

We want to raise children who would look upon anyone who uttered such a thing as they would look upon someone who would fish his food out of a septic tank: incomprehensible, base, inhuman, insane.  That’s the negative.

Let me give the positive.  We want to raise children who will understand and cherish the virtues of love and purity.  Those virtues must not remain mere terms or notions.  We must clothe them with flesh and blood.  Consider the following scene from Victor Hugo’s masterpiece, Les Miserables.  Two pure young people, Marius and Cosette, have long beheld one another from a distance.  They have fallen in love, and finally, after many months and much seeking, the youth and the maiden meet and speak.  Here is how Hugo describes what they do every evening:

Throughout the month of May . . . in that poor, wild garden, under that shrubbery each day more perfumed and dense, two human beings composed of every chastity and every innocence, overflowing with all the felicities of Heaven, closer to archangels than men, pure, honest, intoxicated, radiant, glowed for each other in the darkness.  It seemed to Cosette that Marius had a crown, and to Marius that Cosette had a halo.  They touched, they gazed at each other, they clasped hands, they pressed close together; but there was a distance they did not pass.  Not that they respected it; they were ignorant of it.  Marius felt a barrier, Cosette’s purity, and Cosette had a support, Marius’ loyalty.  The first kiss was also the last.  Since then, Marius had not gone beyond touching Cosette’s hand, or her scarf, or her curls, with his lips.  Cosette was to him a perfume, and not a woman.  He breathed her.  She refused nothing and he asked nothing.  Cosette was happy, and Marius was satisfied.  They were living in that ravishing condition that might be called the dazzling of one soul by another.  It was that ineffable first embrace of two virginities within the ideal.

Victor Hugo was a man well acquainted with the squalor of the streets, and the wicked things that people do to themselves and one another.  His blood ran hot, not cold – hot with indignation against the wickedness, and hot with greathearted love for what is noblest in man; with what he would call the work of God in man.  Our purveyors of rat poison have not witnessed one hundredth of the miseries and the sins that he witnessed!  But they turn our children’s vision to what is dark and dead, and he raises our eyes to the everlasting hills, whence cometh our help.

We want to raise boys like Marius and girls like Cosette.  We cannot do it with tracts in church teaching and a sermon on Sunday, as needful as those things are.  They may give us the moral, but they do not nourish the imagination.  Without story, without flesh and blood, they flare in the ear but do not ring in the conscience.  Hence the need for art and song, for stories and poetry.  Jesus taught in parables.  These are not just instruments.  They are of the essence. 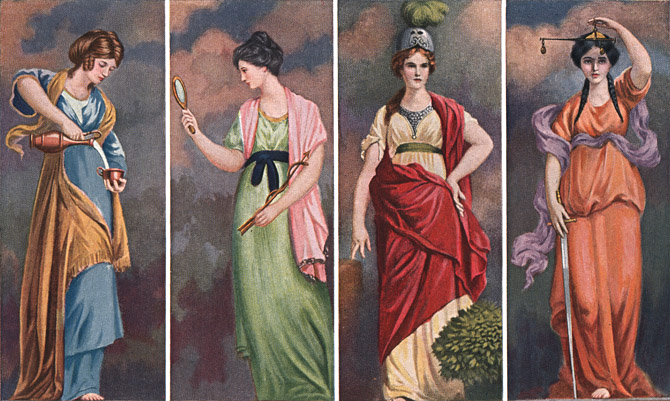