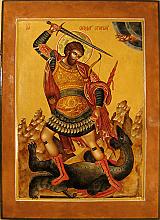 by Mike Willis –
We must ever be on our guard to keep our mindset different from that of the world in which we live. As we see our age becoming more secular and its morals changing, Christians will need to be reminded that we have really never lived in a Christian society and be willing to be different from those about us.

Every generation of men has its own “worldly mindset.” What is esteemed in one age differs from what is esteemed in another. The kinds of sin that become most predominant from one age to another may shift. Consequently, Christians must be aware of those things that are esteemed by the world, lest he conform in his mind to the spirit of the age in which he lives.

John wrote, “Love not the world, neither the things that are in the world. If any man love the world, the love of the Father is not in him. For all that is in the world, the lust of the flesh, and the lust of the eyes, and the pride of life, is not of the Father, but is of the world. And the world passes away, and the lust thereof: but he that does the will of God abides forever” (1 John 2:15-17). The word “world” is translated from kosmos. In Trench’s Synonyms of the New Testament, he distinguishes the kosmos from the aionos, but makes this insightful comment about the moral use of the world “world”:

We speak of “the times,” attaching to the word an ethical signification; or, still more to the point, “the age,” “the spirit or genius of the age,” “der Zeitgeist.” All that floating mass of thoughts, opinions, maxims, speculations, hopes, impulses, aims, aspirations, at any time current in the world, which it may be impossible to seize and accurately define, but which constitute a most real and effective power, being the moral, or immoral atmosphere which at every moment of our lives we inhale, again inevitably to exhale, — all this is included in the aion, which is, as Bengel has expressed it, the subtle informing spirit of the kosmos, or world of men who are living alienated and apart from God (217-218).

Christians must beware of allowing themselves to adopt the worldly mindset. Here are some of its characteristics:

Christians must beware of allowing themselves to adopt the worldly mindset.

The worldly mindset has a different standard of authority. In the early twenty-first century, that standard of authority may not be obvious to many of us. We live in an age of relativism. Relativism asserts that every man is a law to himself. What is right for one person may not be right for another. Here is what we mean by relativism: One person may believe it is wrong to have an abortion and for him it is wrong to have an abortion; another may think there is nothing wrong with having an abortion and having an abortion is the morally right thing for her to do when having a baby that is not desired interferes with her plans for life. Lying underneath this approach to morals is a rejection of God’s word as the absolute authority for determining right and wrong. Usually those who accept relativism base it on humanism or atheistic presuppositions. However, many have accepted relativism who also believe in God.

[Relativism] is a rejection of God’s word as the absolute authority for determining right and wrong.

When discussing issues pertaining to morals and doctrine, science becomes “god.” If science says the age is 4.5 billion years old and that man evolved from inanimate life over billions of years, that becomes the truth without regard to what the Bible speaks on the subject. If psychologists, psychiatrists, religious leaders, and teachers tell us that there is nothing abnormal about homosexual relationships, that becomes the truth, in spite of the plain teachings of the Bible to the contrary. If psychologists, talk show hosts, and others tell us that spanking children is destructive, that becomes the truth to many Americans.

The world mindset has different priorities. What is important to the world? The pursuit of pleasure, hedonism, has become life’s chief goal. That pleasure may be sexual licentiousness, the accumulation of things, or some other personally defined goal. Understanding these priorities helps us to understand the worldly mind.

A few years ago, one was appointed coach of America’s most popular football team. He was married and had children. Knowing that his new job was going to take a lot of his time, this man left his wife and child in order to devote his time to coaching the football team. Obviously, that man believed success as a football coach was more important than being a successful husband and father.

Our age places great importance on accumulation of wealth, education, success in the business world, and sexual gratification. Things that might interfere with the accomplishing of these priorities are set aside as lesser important. If telling the truth interferes with one’s ability to make money, the truth is thrown aside. If attending church interferes with one’s participation in bowling or soccer, attending worship services is thrown aside.

To the Christian, the chief priorities are spelled out in such verses as the following:

Let us hear the conclusion of the whole matter: Fear God, and keep his commandments: for this is the whole duty of man. For God shall bring every work into judgment, with every secret thing, whether it be good, or whether it be evil (Eccl. 12:13-14).

But seek ye first the kingdom of God, and his righteousness; and all these things shall be added unto you (Matt. 6:33).

For to be carnally minded is death; but to be spiritually minded is life and peace. Because the carnal mind is enmity against God: for it is not subject to the law of God, neither indeed can be. So then they that are in the flesh cannot please God (Rom. 8:6-8).

Let no man beguile you of your reward in a voluntary humility and worshipping of angels, intruding into those things which he hath not seen, vainly puffed up by his fleshly mind (Col. 2:18).

The Christian needs to be aware that the world has a different mindset and order of priorities.

The Christian needs to be aware that the world has a different mindset and order of priorities.

The worldly mindset has different morals. The conduct that early twenty-first century America views as morally acceptable behavior includes such things as easy divorce and remarriage, drinking intoxicants, using marijuana, immodest dress, fornication, adultery, lasciviousness, abortion, euthanasia, foul language, etc. Even as first century pagans accepted infanticide, polygamy, fornication, and other forms of immorality as acceptable behavior, so does our own age have a different set of moral values.

The warnings of Paul about being deceived by these different morals is apropos:
Know ye not that the unrighteous shall not inherit the kingdom of God? Be not deceived: neither fornicators, nor idolaters, nor adulterers, nor effeminate, nor abusers of themselves with mankind, nor thieves, nor covetous, nor drunkards, nor revilers, nor extortioners, shall inherit the kingdom of God. And such were some of you: but ye are washed, but ye are sanctified, but ye are justified in the name of the Lord Jesus, and by the Spirit of our God (1 Cor. 6:9-11).

We still need to be warned that the moral standards accepted by the world are different from those of Christ. He who is the judge of the living and the dead will judge us, not by the standards of the age in which we live, but by the absolute standard of God’s word (John 12:48).

We still need to be warned that the moral standards accepted by the world are different from those of Christ.

Guard Your Mind
We must ever be on our guard to keep our mindset different from that of the world in which we live. As we see our age becoming more secular and its morals changing, Christians will need to be reminded that we have really never lived in a Christian society and be willing to be different from those about us. What Peter said about the saints of his day will have to be emphasized anew for another generation: “For the time past of our life may suffice us to have wrought the will of the Gentiles, when we walked in lasciviousness, lusts, excess of wine, revellings, banquetings, and abominable idolatries: wherein they think it strange that ye run not with them to the same excess of riot, speaking evil of you” (1 Pet. 4:3-4). We must accept the fact that the world will not approve of us, just as we do not approve of them.

Wherefore gird up the loins of your mind, be sober, and hope to the end for the grace that is to be brought unto you at the revelation of Jesus Christ; as obedient children, not fashioning yourselves according to the former lusts in your ignorance (1 Pet. 1:14).

I beseech you therefore, brethren, by the mercies of God, that ye present your bodies a living sacrifice, holy, acceptable unto God, which is your reasonable service. And be not conformed to this world: but be ye transformed by the renewing of your mind, that ye may prove what is that good, and acceptable, and perfect, will of God (Rom. 12:1-2).