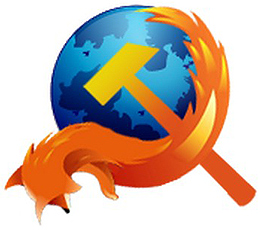 Of course, it was the people pushing for Eich’s ouster who were enforcing “misery, shame, and frustration.” Eich had never brought his politics into the workplace. Mozilla had no history of treating homosexuals differently, and no single instance of Eich doing so could be documented. Nonetheless, he had violated the dictates of the Thought Police. And thus he was ousted.

It’s a disturbing story, to be sure. But it’s also just the tip of the iceberg: Unfortunately, the same folks administering the private Thought Police would love to extend their control into the realm of government. These are not libertarians arguing for the right to hire and fire as you see fit in the private market. These are power brokers seeking to use whatever means necessary to quash opposition.

That’s why gay couples have sued photographers, bakeries and florist shops, attempting to shut them down if they refuse to cater to same-sex weddings. That’s why the Obama administration has attempted to fine businesses that do not wish to pay for health coverage they deem sinful. The underlying idea: If the left dislikes what you do, the left can compel you not to do it. As Kevin Williamson of National Review writes, American society is quickly morphing into a system governed by T.H. White’s totalitarian principle: “Everything not forbidden is compulsory.”

Freedom is secondary to the yays and nays of the governing few in this vision. Freedom is merely that which the government allows — and the government should only allow you to do the bidding of the left. If you, recognizing that sometimes people will take action with which you disagree, believe that government should stay out of people’s business, you must therefore be an advocate for discrimination and brutality. To allow Eich to work is to discriminate against gays. To allow religious businesses to reject contraceptive mandates is to push women into back alley abortions. Forget the notion of disagreeing with your opinion, but defending your right to say it — in the view of the leftist totalitarians, such a notion is inherently unworkable.

When fascism comes, it will come not with jackboots but with promises of a better world. The jackboots come later, when we’ve all been shamed into silence — when we’ve been taught that to allow that with which we disagree is to agree with it, and when we’ve accepted that the best method of preventing such disagreement is government power. We’re on the verge. All it will take is the silence of good people — people on all sides of the political aisle — who fall prey to the ultimate temptation in a republic: the temptation to force their values on others utilizing the machinery of government. We’re already more than halfway there.