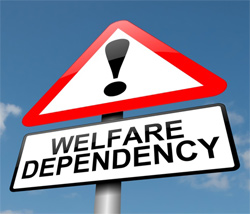 Exactly two years ago, some of the more politically biased progressive media outlets (who are quite adept at creating and taking down their own strawmen arguments, if not quite as adept at using an abacus, let alone a calculator) took offense at our article “In Entitlement America, The Head Of A Household Of Four Making Minimum Wage Has More Disposable Income Than A Family Making $60,000 A Year.” In it we merely explained the painful reality in America: it is now more lucrative – in the form of actual disposable income – to sit, do nothing, and collect various welfare entitlements, than to work.

This is graphically and painfully confirmed, in a chart from Gary Alexander, Secretary of Public Welfare, Commonwealth of Pennsylvania. As quantified and explained by Alexander, 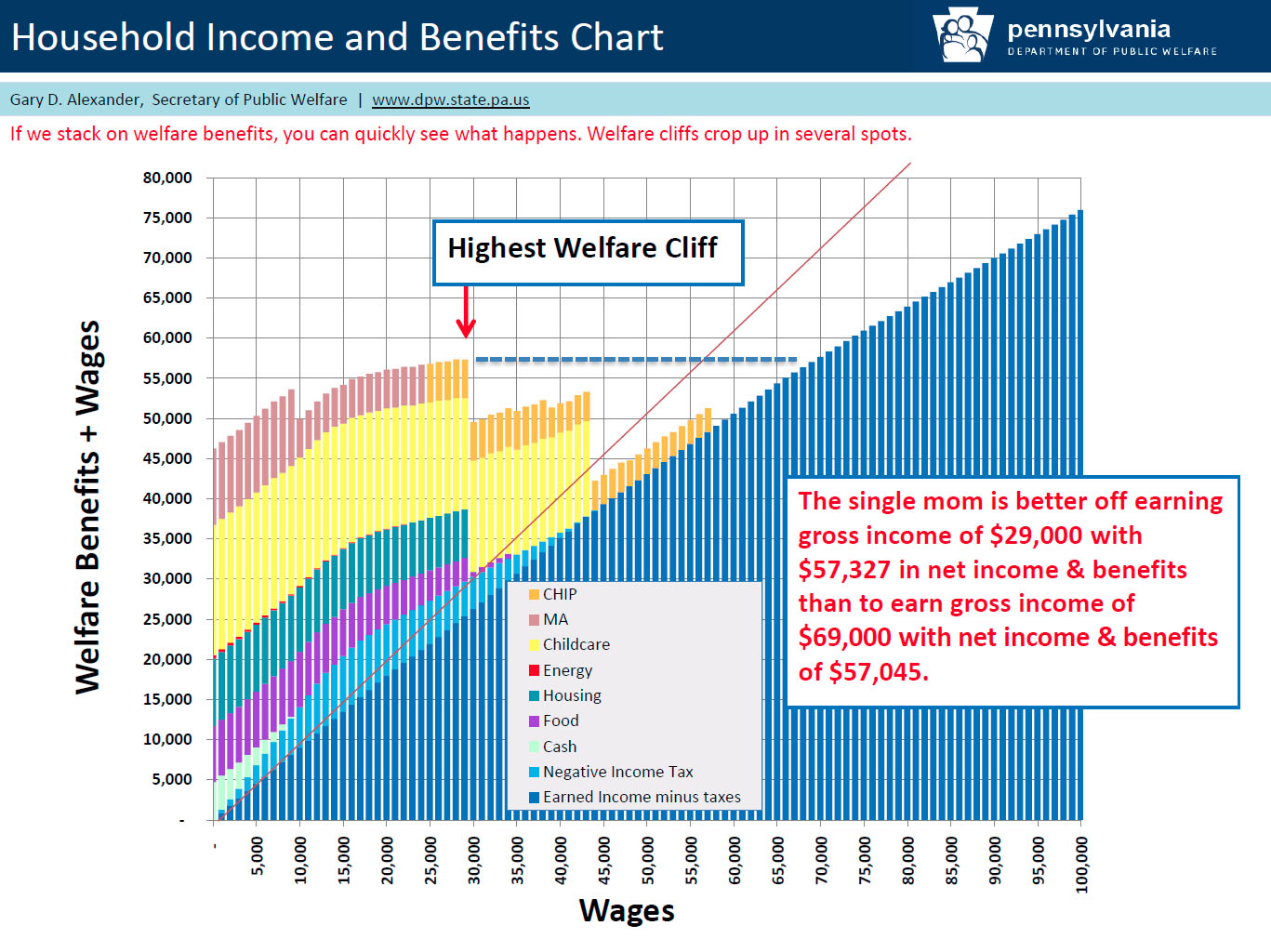 We realize this is a painful topic in a country in which the issue of welfare benefits, and cutting (or not) the spending side of the fiscal cliff, have become sensitive social topics. Alas, none of that changes the matrix of incentives for most Americans who find themselves in a comparable situation: either being on the left side of minimum US wage and relying on benefits, or move to the right side at far greater personal investment of work, and energy, and… have the same disposable income at the end of the day.

Wealth redistribution is paramount since America is entering the terminal phase of its out-of-control spending. Hiking taxes in a globalized, easily fungible world, will merely force more of the uber-wealthy to find off-shore tax jurisdictions, avoid US taxation altogether, and thus lead to even lower budget revenues for the US. It explains why the cluelessly incompetent but supposedly impartial Congressional Budget Office just released a key paper titled “Share of Returns Filed by Low- and Moderate-Income Workers, by Marginal Tax Rate, Under 2012 Law” which carries a chart of disposable income by net income comparable to the one above. 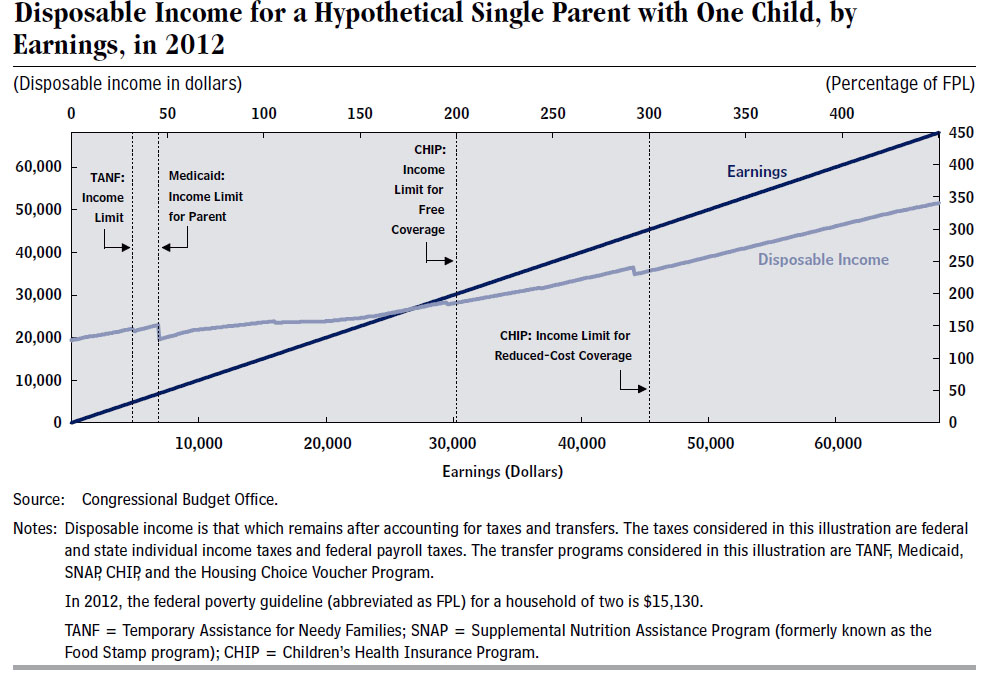 But perhaps the scariest chart is the following fact showing the unsustainable welfare burden on current taxpayers:

Since nothing has changed in the past two years, and in fact the situation has gotten progressively worse, here’s our conclusion from two years ago:

…Now we finally know that the very bottom of the entitlement food chain also makes out like a bandit compared to that idiot American who actually works and pays their taxes. One can only also hope that in addition to seeing their disposable income be eaten away by a kleptocratic entitlement state, that the disappearing middle class is also selling off its weaponry. Because if it isn’t, and if it finally decides it has had enough, the outcome will not be surprising at all: it will be the same old that has occurred in virtually every revolution in the history of the world to date.

But for now, just stick head in sand, and pretend all is good. Self-deception is now the only thing left for the entire insolvent entitlement-addicted world.