by Steven Ertelt –
The nation’s Catholic bishops have a message for President Barack Obama: They will not comply with the HHS mandate that compels groups to pay for birth control and drugs that may cause abortions. And one bishop would rather pay fines, no matter how much they might be.

The U.S. Conference of Catholic Bishops today issued a “Special Message” at the conclusion of their fall General Assembly, November 13, in Baltimore. They unanimously passed the special message, which can only be issued as such meetings and strongly condemned the HHS mandate.

They said that, with its “coercive mandate,” the Obama administration “is refusing to uphold its obligation to respect the rights of religious believers.”

“Beginning in March 2012, in United for Religious Freedom, we identified three basic problems with the HHS mandate: it establishes a false architecture of religious liberty that excludes our ministries and so reduces freedom of religion to freedom of worship; it compels our ministries to participate in providing employees with abortifacient drugs and devices, sterilization, and contraception, which violates our deeply-held beliefs; and it compels our faithful people in business to act against our teachings, failing to provide them any exemption at all,” they said.

the Obama administration “is refusing to uphold its obligation to respect the rights of religious believers.

“Despite our repeated efforts to work and dialogue toward a solution, those problems remain. Not only does the mandate undermine our ministries’ ability to witness to our faith, which is their core mission, but the penalties it imposes also lay a great burden on those ministries, threatening their very ability to survive and to serve the many who rely on their care,” the bishops added.

They continued: “The current impasse is all the more frustrating because the Catholic Church has long been a leading provider of, and advocate for, accessible, life-affirming health care. We would have preferred to spend these recent past years working toward this shared goal instead of resisting this intrusion into our religious liberty. We have been forced to devote time and resources to a conflict we did not start nor seek.”

Ultimately, they promised to resist the mandate if it is not corrected or rescinded.

“As the government’s implementation of the mandate against us approaches, we bishops stand united in our resolve to resist this heavy burden and protect our religious freedom,” they said. “We will continue our efforts in Congress and especially with the promising initiatives in the courts to protect the religious freedom that ensures our ability to fulfill the Gospel by serving the common good.” 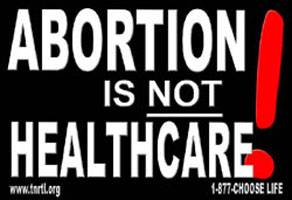 Given a choice of paying millions of dollars in fines or complying with a government mandate he thinks is morally wrong, Bishop David Zubik of Pittsburgh testified in court this week that he would rather pay the fines. From a report on his appearance:

“I would not be able to live with myself knowing that we’re contradicting what we believe,” he said during a hearing before U.S. District Judge Arthur Schwab.

Under the law’s penalties, Catholic Charities would be subject to a daily fine of $100 per employee if Zubik doesn’t sign, said Susan Rauscher, the nonprofit’s executive director. That would total $2 million to $4 million a year for an organization with a $10 million operating budget, she said.

The Pittsburgh and Erie diocese are suing the government, claiming that the requirement violates their rights under the Religious Freedom Restoration Act. They’re asking Schwab to temporarily block enforcement of the mandate on their nonprofits while the dioceses pursue the lawsuits.

Bishop Lawrence Persico, head of the Roman Catholic Diocese of Erie, testified that signing the document would cause the church to cooperate in the provision of “immoral” services.

Rita Joyce, chief legal counsel for the Pittsburgh diocese, said the government ignored a ruling on the books more than 60 years when it decided the nonprofits aren’t part of the diocese.

Since the 1940s, the government has agreed that any organization listed in the Catholic Directory is part of the church, she said. The regulations for the Affordable Care Act changed that, Joyce said.

Zubik said the change in the definition is driving the lawsuit, and if the government would agree that Catholic Charities is part of the diocese, “that solves the problem for us.”