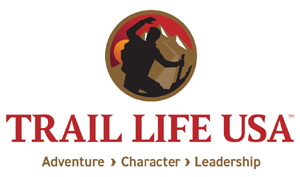 by David Rose –
It was Nashville, Tenn., Sept. 6, 2013. The huge hall was overflowing, the convention sold out. Over 1,200 attendees, with many spilling out into the foyer, eagerly awaited the announcement. What would this safe, moral and non-sexualized alternative to the Boy Scouts of America (BSA) look like?

With a stirring introductory video came the answer: “Trail Life USA” would now endeavor to “be the premier national character development organization for young men, which produces godly and responsible husbands, fathers and citizens.”

The reveal, eagerly anticipated by hundreds of thousands – if not millions – of Americans was met with rousing cheers. “Our mission is simple and clear,” came the official mission statement, “to guide generations of courageous young men to honor God, lead with integrity, serve others and experience outdoor adventure.”

A brief summary from the new scouting-like organization’s website (TrailLifeUSA.com) reads as follows:

“Most guys want exciting outdoor adventure with their friends. We’ve got that! Trips and travel? That, too. Camping. Check. Physical and mental challenge? Yep. And awards? Of course!

“Trail Life USA is a Christian adventure, character and leadership movement for young men. The K-12 program centers on outdoor experiences that build a young man’s skills and allow him to grow on a personal level and as a role model and leader for his peers. Living the Trail Life is a journey established on timeless values derived from the Bible.”

Countless men and boys who once called themselves “Boy Scouts” will now proudly bear the title of “Trailman.”

Boy Scouts of America Surrenders to Left-Wing Homosexual Pressure
Back in May, millions of Americans were shocked and saddened when the BSA inexplicably bowed to left-wing political pressure and became something it had never before been: a hyper-politicized, aberrantly sexualized petri dish for social and sexual experimentation.

on May 23, 2013, BSA tragically voted to welcome into its ranks “open and avowed” homosexuality

Created in 1910 to “prepare young people to make ethical and moral choices over their lifetimes,” the BSA, on May 23, 2013, tragically voted to welcome into its ranks “open and avowed” homosexuality (boy-on-boy sexual attraction and behavior), thereby disavowing the “morally straight” Scout Oath its members have been sworn to uphold for over a century.

Even worse, and in so doing, the BSA effectively waived the only legal defense it once had to preclude openly homosexual Scout leaders and gender-confused girls from its ranks: religious and moral conviction. It’s only a matter of time until the BSA is forced to capitulate to sexual extremists’ political demands and allow homosexual adults – men who define their identity based upon carnal appetites for other males – to take your boys on overnight camping trips.

Once that happens, Trail Life USA will be the life raft for the multitudes. Those who abandon the fast-sinking BSA ship will have a safe place to land.

Trail Life USA Video
The group has released a must-see video explaining both the history of Trail Life USA and the BSA’s tragic and financially driven cave-in to extremist political groups, hard-left corporate donors and the mainstream media (Click here to view video).

Oh, but what a faithful Lord we serve! We are reminded in Romans 8:28, “that in all things God works for the good of those who love him, who have been called according to his purpose.”

Trail Life USA is indeed good. It has indeed been called according to His purpose.

And it will never waver.

In a recent interview on “WallBuilders Live” radio, John Stemberger, an Eagle Scout, lawyer, pro-family advocate and Trail Life USA’s acting board chairman, addressed the BSA tragedy and the resulting birth of this exciting new principled alternative: “Sometimes things have to die before there’s a new birth and it comes back better than before. And, not to extend the analogy too far, but even our Lord went through that process,” he said.

Left-Wing Groups Unjustifiably Attack and Smear Trail Life USA
Regrettably, the usual left-wing suspects have attempted to smear Trail Life USA by labeling it “anti-gay.” Nothing could be further from the truth. Trail Life is simply pro-purity. As Christians, the group’s leadership has adopted the tried-and-true “love the sinner, hate the sin” model. They’ve simply chosen to obey and follow Christ’s “I do not condemn you … From now on sin no more” example on sexual immorality – all sexual immorality – be it adultery, fornication, homosexual behavior or any other sexual sin explicitly identified in Scripture.

Members are called to live a life of holiness, being pure of heart, mind, word and deed

Trail Life’s Membership Standards state, without equivocation, “The basis for the program’s ethical and moral standards are found in the Bible. In terms of sexual identification and behavior, we affirm that any sexual activity outside the context of the covenant of marriage between one man and one woman is sinful before God and therefore inconsistent with the values and principles of the program.

“Within these limits, we grant membership to adults and youth who do not engage in or promote sexual immorality of any kind, or engage in behavior that would become a distraction to the mission of the program.”

Under the heading “Purity,” the group’s Statement of Faith & Values states: “Members are called to live a life of holiness, being pure of heart, mind, word and deed, reserving sexual activity for the sanctity of marriage; marriage being a lifelong commitment before God between a man and a woman.”

We condemn you not. Now go and sin no more.

Real men value principle over program, and they value integrity over institutions.

The BSA has lost its integrity. It has chosen the almighty dollar over the best interests of the boys it once served so well.

Now you have a choice.

An oak has died, but a new seed buds.