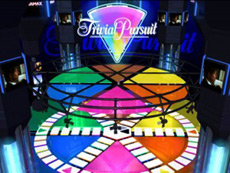 by Dave White –
Slothful people, to many people’s surprise, are often active, busy, and hard-working people who have given their lives to trivial matters, not transcendent ones. They have immersed their lives with empty pleasures. Slothful people regularly find themselves bored and struggle to compensate by filling their time with self-centered diversions. It’s not that their lives are filled with motion, energy, and bustling about; it’s that their lives are slothful regarding the things that really matter!

Slothful People Embrace Escapism
Sloth is not mere laziness. It’s not a couch potato. Sloth is escapism of the deadly sort—including drug users, TiVo addicts, and obsessive video gamers. Yet escapism also includes most workaholics! Sloth saps our time and emotions through positive activities like clubs, hobbies, and sports—while leaving scant energy for our marriages or kids or preeminent duties.

Slothful People Show Zeal Over Petty Matters
In fact, sloth is best expressed not by a lazy attitude but in zeal over petty, puny, and pathetic matters. Meaning that sloth is indifferent towards important spiritual matters—regarding my soul, my neighbors, my world, or my God.

“At its core, sloth moves us away from everything that ultimately matters and directs us toward simple distractions.” (Jeff Cook, The Seven Deadly Sins, p.69)

Pascal wrote, “The same man who spends so many days and nights in fury and despair at losing some office or at some imaginary affront to his honor is the very one who knows that he is going to lose everything through death but feels neither anxiety nor emotion. It is a monstrous thing to see one and the same heart at once so sensitive to minor things and so strangely insensitive to the greatest.” (Jeff Cook, The Seven Deadly Sins, p.69)

Slothful People Live for Worthless, Meaningless Matters
Sloth lives for worthless matters. Sloth is content to aim us toward either apathy or fanaticism. All that matters is that the target is worthless.

Both the believer and the unbeliever, the sacred and the secular, God-fearing and the God-ignoring, use the talents graciously given by God for boring, ultimately meaningless pursuits without a second thought.

Despite our frantic pace and our consuming schedules, we seldom focus on what is actually good, noble, and worthwhile

Slothful People Invest in the Trivial, not the Transcendent
Nothing is so clearly MODERN, so clearly WESTERN, as is sloth. Despite our frantic pace and our consuming schedules, we seldom focus on what is actually good, noble, and worthwhile, but instead invest so much in the trite and the trivial.

We should not picture sloth as a laid-back couch potato. Sloth engorges non-essentials and atrophies essentials. Sloth is filled with busyness, but empty of the Word, the Spirit, & life-changing grace.

The Perverted Values of Sloth:
Slothful people, ultimately, whether intentional or not, value…