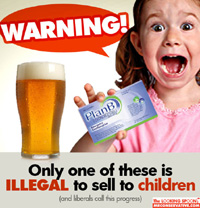 by Heather Mac Donald –
The paradoxes of liberal morality were on glaring display last week. The Obama administration OK’d the sale of “Plan B” post-coital emergency contraception over the counter without prescription (or parental consent) to girls as young as 15. At the same time, the City Council moved a step closer to banning anyone under the age of 21 from buying cigarettes (the legal age is now 18).

Apparently, a 15-year-old is a fully mature adult (a “woman,” in nauseating feminist parlance) when it comes to deciding to have sex. But a 20-year-old, in the City Council’s eyes (or a 17-year-old, under current law), can’t be trusted to make her own informed decisions on smoking and must be restrained by the government.

The Plan B decision was still too restrictive for some abortion-rights and feminist groups. The New York Times, on cue, denounced the administration’s “stubbornness” in setting any age restrictions on Plan B.

It is not news that “nonjudgmental” liberals, who deplore moral stigma directed at virtually anything sexual, have simply redirected their moral censure to certain behaviors with negative health consequences — smoking and overeating being the favorite targets.

Of course, if a 15-year-old is terrified that the boy she just had sex with has made her pregnant, they almost certainly weren’t using a condom. In which case, she is at risk of the stew of infections now breeding between the legs of promiscuous teens and young adults, who add 10 million new cases of sexually transmitted diseases a year to the existing 110 million infections.

But there is an important exception to the liberal “It’s OK to stigmatize an unhealthy lifestyle” rule: Unhealthy sexual behavior is still beyond reproach. Even grotesque levels of promiscuity require value-neutrality, though they can lead to crippling disease or death; they’re only objectionable if their participants fail to use the prescribed prophylactics, and only on that ground.

The government’s Plan B decision-making involved a fascinating caveat that undercuts the claim that it was an exclusively “scientific” judgment based on known health effects. The White House thinks young teens should have access to Plan B — but only the one-dose version. There wasn’t enough data that the generic two-dose version can be used responsibly by such juveniles without the intervention of a health provider, a Food and Drug Administration spokesman told the Times.

The distinction is absurd and, frankly, terrifying. If a 15-year-old can’t be trusted to have the discipline to take a sequence of a mere two pills, it’s preposterous to think that she should be having sex, with all its life-changing consequences.

The Times editorialists fall back on the usual “they’ll have sex anyway” rationale for demanding Plan B for 11- and 12-year-olds: “Lack of access to safe contraception will not stop adolescents from having sex,” they write. The same can be said for smoking, of course.

More important, this argument ignores the role of social norms in encouraging or restraining behavior. The adults responsible for the “Plan B for juveniles” decision have signaled to young teens that they view early sex as inevitable, normal and foreseeable, in the same way that building day-care centers in high schools telegraphs to students that adults expect them to have babies.

The Times undoubtedly supports the deployment of social norms against smoking, however.

Smoking is an idiotic decision that imposes costs on the smoker and on society. But its consequences pale in comparison to the removal of stigma from pre-marital (especially early pre-marital) sex and the ever-growing emancipation of children from parental control.

The sexual revolution brought an explosion of out-of-wedlock births among adults and teens, despite the availability of new contraceptives. That rise in illegitimacy has imposed far higher costs in crime, prison and welfare than smoking ever has.

The demoralizing of juvenile sex has left us in the preposterous situation of viewing the decision to buy a pack of cigarettes as weightier, and more in need of an adult’s full cognitive and moral capacities, than a teen’s decision to have sexual intercourse. 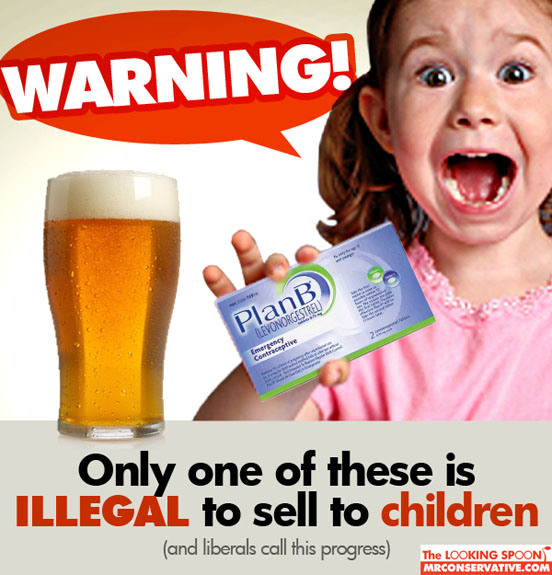