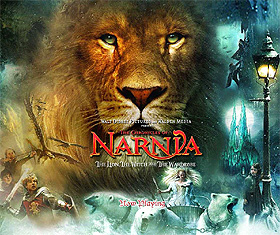 by Eric Metaxas –
If you’ve read The Chronicles of Narnia, you know they are loaded with Christian themes and symbols. That’s why many assume that C. S. Lewis wrote them in order to send some kind of Christian message.

But Lewis himself insisted otherwise. The tales, he said, started as a series of pictures that came into his mind and set his imagination working. The result was not sermons, but stories—beautiful stories loved by believers and non-believers alike for decades.

There’s a lesson in here for all of us. Conservative Christians today often feel alienated from the larger society, and for good reason. The vast majority of the stories that permeate our culture are told by people whose worldview is diametrically opposed to ours. We can hardly watch a TV show or read a magazine without seeing ourselves portrayed as villains, and our cultural opponents held up as the epitome of righteousness.

And it’s not hard to see the political impact stories have on our fellow Americans. As National Review Online recently put it: “The fact is, it’s easier to sell a political narrative to America when it comports with the cultural narrative we see and hear every day.”

NRO’s solution was for cultural conservatives to start taking back the culture by telling and promoting stories of our own. They argue that we can’t “keep ignoring the importance of story.”

And that much is true. But we have to be careful that we understand what stories really are, and why people tell them.

Which brings us back to Lewis and Narnia. Remember that Lewis didn’t tell stories to push an agenda. His stories grew naturally out of his worldview, and because he was a gifted storyteller, they expressed that worldview beautifully.

As Alex Wainer explains in a recent article at BreakPoint.org, this is true of all the best-told stories. We may be tempted to think that secularist celebrities went into show business simply to indoctrinate the public; many of them certainly act like that.

The church needs to teach its members a strong and consistent Christian worldview, and then support and encourage those with artistic gifts to pursue their calling.

But that is not the case. Wainer writes, “Entertainers often work from childhood to develop [their] talents, and go through years of arduous dues-paying . . . [and] rejection, working menial jobs while pursuing endless auditions and practicing their craft.”

For the most popular artists and entertainers today—just as it was for Lewis—their art grows naturally out of their worldview. It just so happens that today, we have far fewer C. S. Lewises and far more Jon Stewarts.

This is why conservative Christians need to be wary of engaging in cultural efforts just to push a message. As Wainer reminds us, “Jon Stewart knows comedy in his bones; he happens to be liberal . . . but he mainly wants to make people laugh. When conservatives start telling stories to express their ideology, they have missed the motive that will sustain them through the years of … setbacks common to anyone in the entertainment industry.” And audiences will know the difference—and stay away.

Christians produced great art and culture for centuries, and we can do it again. But there are no shortcuts. The church needs to teach its members a strong and consistent Christian worldview, and then support and encourage those with artistic gifts to pursue their calling.

Re-shaping the culture is a noble goal. But our first goal should be to be so soaked in the Christian faith and worldview that the stories we tell—and the lives we live—will naturally speak of the beauty, and goodness and love of Christ.