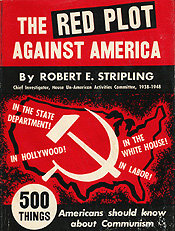 by Gary Horne –
A fashionable name for the left these days is “progressive.” The use of this word hints that the progressive has already passed the rest of us and is moving on to some place where the normal rules of reality don’t apply. Is it the Garden of Eden? Atlantis? Oz?

What will life be like in this destination? Will the moral standards be compatible with the society we want? How do progressive values compare with the traditional American ethical standards from the founding of the United States and from the major religions?

From the Founding:
The moral underpinnings of the United States of America were beautifully and concisely expressed in the Declaration of Independence:

We hold these truths to be self-evident, that all men are created equal, that they are endowed by their Creator with certain unalienable Rights, that among these are Life, Liberty and the pursuit of Happiness.

Can we rely on the progressives to protect those unalienable rights derived from our nature as human beings?  Will they uphold the standards in the Declaration of Independence: Life, Liberty, and the pursuit of Happiness?

Life – Progressives claim to be compassionate.  Do the societies they create value life?  Lenin’s society didn’t:

We would be deceiving both ourselves and the people if we concealed from the masses the necessity of a desperate, bloody war of extermination, as the immediate task of the coming revolutionary action.i

Nor did Che Guevara’s road to his ideal society:

What we affirm is that we must proceed along the path of liberation even if this costs millions of atomic victims… advancing fearlessly towards the hecatomb which signifies final redemption.ii

No wonder leftists like to call themselves a different name.  The progressive label obscures any link to past disasters.  “Stalin, Mao, Pol Pot — oh, no, that’s not us!  We progressives will be a kindly wizard, not the Wicked Witch of the West.  Our society will be different.”

Even if progressives avoid a hard-left turn, they have not been a kindly wizard on the way to their destination.  Hatred, vitriol, and even death threats have been used against those who oppose them.  Targets have included Sarah Palin, Rush Limbaugh, the Koch brothers, Joe the Plumber, President Bush, Laura Bush, Gov. Scott Walker, Supreme Court Justice Clarence Thomas, Rep. Michele Bachmann, and, of course, the Tea Party.  If you are not one of the progressives, or willing to submit, you are the enemy.

Liberty – The progressive movement uses government to solve problems, inevitably leading to coercive policies.  The Revolutionary War was fought in opposition to, among other things, the aptly named Coercive Acts.  The left now have their “coercive acts,” such as the 2,700-page ObamaCare and the 848-page Dodd-Frank Act.  Coercion extents into the smallest details of daily life: the regulation of lemonade stands, children’s school lunches, what light bulb and what kind of car you can buy.

For the progressive, every problem in life (they are always finding new ones) demands government action and new regulations.  The progressive store coming to your community will be selling mostly ropes and chains.  Mark Levin discusses the progressive’s problems with liberty in his book, Liberty and Tyranny:

For the Statist, liberty is not a blessing but the enemy.  It is not possible to achieve Utopia if individuals are free to go their own way.  The individual must be dehumanized and his nature delegitimized.

The pursuit of Happiness – An individual pursuing his own happiness reveals qualities, like initiative, self-reliance, and desiring the fruits of his labor, which interfere with the progressive’s plans.  The progressive goal of equal outcomes requires restraint of the pursuit of happiness until everyone is happy (they never are).  As long as the left discover someone who isn’t happy (they always find such people), it would be “unfair” for the rest of us to pursue happiness.  That, of course, requires restraint, coercion, taxation, and regulation — only “temporarily,” of course, while the progressive moves “forward.”

From the Religions:
Huston Smith, in his book The World’s Religions, lists four ethical rules common to all major religions: the prohibition of murder, thieving, lying, and adultery.  How do the progressives do?

Murder was already covered under the topic “life,” and adultery is best saved for a later (lengthy) discussion of social values.  Congress might have settled for 2,700 pages, but this magazine’s editors would not.

Thieving: The cornerstone of progressivism, the redistribution of wealth, is nothing more than government-sanctioned thievery, or more precisely extortion.  That the thief can hide behind a third party, government, and claim to be the mere recipient of charity, does not change the fact that what is being received has not been given voluntarily.  This alone, it would seem, would rule out any religious person being a progressive.  A Christian, for example, would be violating two of the Ten Commandments: thou shalt not steal, and thou shalt not covet thy neighbor’s house.  But the progressive says, “We’re only helping the poor!”  Helping them to do what…be thieves, to spend the rest of their lives as the recipient of stolen goods?

Lying: If the progressives are to be believed, Speaker Pelosi was never briefed on CIA enhanced interrogation, Bill Clinton never had “sexual relations with that woman,” John Edwards never had an affair with Rielle Hunter, Robert Bork was a segregationist, Elizabeth Warren is Native American, and John Kerry was in Cambodia in 1968.

If the current progressive hero (you know, the one who still had the perfect crease in his trousers after visiting all 57 states) is to be believed, the deficit would already be cut in half, the American people would have had five days to review bills before the president signed them, the border fence would be basically complete, Obama never worked for ACORN, Bill Ayers was just “a guy who lives in my neighborhood,” and, of course, free enterprise has never worked.

If progressive politicians are to be believed, ObamaCare will reduce the deficit, cost less than a trillion dollars, lower insurance premiums, let you keep your current insurance, create 4 million new jobs, strengthen the private market, and make Medicare more financially sound.  Medicare benefits won’t be cut, no federal dollars will be used to fund abortions, and (“Are you serious?”) ObamaCare on the whole is constitutional.

A bigger lie than all these, of course, is for a member of Congress to approve a bill that hasn’t been read!

The left fail the ethical standards considered here.  The evidence suggests that where the progressives are headed, not everyone’s life is valued, there is little liberty, and the pursuit of happiness can be restrained for the “good” of others.  In the progressive Whereverville, theft is government-sanctioned, and lying is merely a strategy to some end.  These progressive “values” are fundamentally opposed to American values.  The progressives seem to believe the perfection of their imaginary destination justifies whatever means can be used to get there.

To continue progressing on the current path is to descend into moral darkness.  To paraphrase a line from the movie Cool Hand Luke:  “What we’ve got here is a failure of values.”