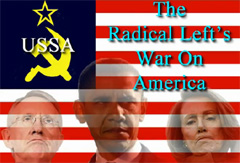 by Richard F. Miniter –
I’ve just had my fourth grown son move his employment or business from New York State to Virginia. A fifth had already moved to Colorado. A daughter and three grandchildren are still here both working and living. For how long I don’t know because my son-in-law’s situation is fluid and the school taxes they pay on a home he rebuilt from the ground up with his own hands is more money each year than the purchase price of my first house forty odd years ago, not two minutes walk away. More money than a lot of people make today. More money than many senior citizens have to live on.

“I’m single and tired of paying more than half my income in taxes” my last son to move south grinned, “so I decided to let you and Mom shoulder the New York state public school teacher’s retirement fund all by yourselves.”

I didn’t see the joke. But I did get the point. I was and am long since sick of not only New York’s school levies but every other tax, fee, fine, assessment, toll and stipend demanded by the Left-Wing Liberal New York Democrats, or Republicans’ obsession with “services” or unions or white elephant status symbols. And the last isn’t funny. When I drive by the huge complex of high-rise granite buildings in Albany built during the Rockefeller governorship in order to celebrate government, I feel like an ancient Egyptian must have felt looking up at the pyramids. I’m supposed to be overawed but all I can think about is the hard earned dollars taken from the average Joe and poured into these monuments to some pharaoh’s self-importance. Not to mention all the generations of whipped to death slaves.

It’s beyond reason. A social services’ client number which keeps increasing in both good times and bad, an EPA determined to reverse the industrial revolution with its own statewide police department, billions in annual mental health services which never cure anyone but only “treats” them, the bottomless money pit of Medicaid, a bloated university system offering no-talent art students who will never sell a piece of their art completely equipped studios, not to mention the local items like money losing government run rural bus lines, senior citizen lunches and mobile health clinics that sit in supermarket parking lots day after day empty with the staff snoozing outside in the sun. All adding up to the fact that if offered any choice, you have to be a drooling idiot to continue let alone start a new business in New York state and pay for any of this nonsense.

I remember driving upstate with my parents for a vacation more than fifty years ago. On the way we’d pass through the city’s huge industrial zones. First Busch Terminal, those huge white factory buildings you’d zoom by which made adding machines and cash registers and a thousand other mechanical devices. Then your sense of smell was buried in the coffee processing factories adjacent to the coffee docks, over the Gowanus Canal where you look down on hundreds, maybe thousands of small shops making linoleum tile, small boats, or toys, then down into the Brooklyn Battery Tunnel and then out into the bustling Financial sector, then the stink of the stockyards, the huge freight trains staged beneath the West Side Highway, with electrical goods manufactured in Long Island City, plastics, imported sugar, and truck, beer and clothing, all the products of New York, ready to be sped on its way across the continent.

Businesses gone now. Jobs gone now. Driven out by the decades of Left-Wing Liberal legislation. With the state that was once first in manufacturing falling in its ranking, falling and then falling some more.

Upstate where I’ve lived for over forty years the situation is ever worse. Drive the New York State Thruway the full distance and you’ll a string of once vibrant small cities clustered around red brick forlorn factories and shuttered warehouses. There’s still an enormous physical plant further upstate but it’s reinvesting at a rate lower than it needs to maintain itself and so will eventually disappear too.

Of course the Left-Wing Liberals running the show have a solution. Spend more money with Economic Development Initiatives. At the town and city level, at the county and state.

For example my small town just completed a three point something million dollar bluestone sidewalk down Main Street in order to provide more access to businesses confidently assuming that the shrinking business tax base would suddenly grow. What a joke. Access to what businesses? There’s a hardware store, a seedy antique stores, a automotive repair shop, my wife’s very well appointed office, a real estate office, a Japanese restaurant, a massage therapist and that’s about it. Twenty years ago there were twenty businesses on Main Street and the side streets off it, twenty years before that forty. The Left-Wing Liberals running the show could put gas lamps above that new sidewalk, a water fountain every ten feet, offer nightly fireworks and still not attract one more shop, because the conditions no longer exist which will enable them to turn a profit. The freedom from regulations applied with insect determination, the low taxes, the culture that values what they do. A businessman or woman in New York today might as well have a target painted on their back.

In fact they do; in my neck of the woods you have to make up to eight deductions (it might be nine) from an employee’s pay and fork that over to the state while bureaucrats may at any moment find you and fine for regulations you never knew existed because one human being cannot read that much stuff and still have time left over to sleep or eat or get to the bathroom once in a while. Then there’s the start-up costs. Most small businesses get started on a shoestring, often times in a spare bedroom or a basement workshop and the people don’t have five thousand dollars for the elaborate handicap ramp government insists on or the handicap accessible restroom; they don’t have the money to pay stiff incorporation fees that will continue every year. They don’t have the money to pay for the preparation of environmental impact statements or the time to attend three public meetings before the zoning board will get to their application and maybe allow them to hang a sign. They don’t have the money for additional paved parking or to put into escrow in case a tree planted happens to die.

All they have in many cases, is a dream.

In particular they don’t have the funds to sufficiently protect themselves, nobody does, from government caprice. Against a state auditor suddenly appearing and deciding that the guy you had opening boxes a year and a half ago might have driven a truck for a few days and so you owe the state disability fund a big chunk of cash. Which is exactly what happened to an acquaintance who looked at me with tears in his eyes. “They want twelve thousand more dollars Rich, I don’t have twelve thousand dollars.”

I believe that guy is in Iowa now. I’m not sure, just positive that he isn’t here. But yet the Left-Wing Liberal complacently assumes they can attract more suckers with a sidewalk or an industrial park or “better education for the twenty first century” (meaning high teacher salaries and higher school taxes) despite every sign that small business people just don’t have the money, time or energy to put up with their crap.

If anything the Left-Wing Liberal’s chance of attracting businesses and money back into their version of a “caring and sharing”, “responsible” , “environmentally sustainable” socialist worker’s paradise is roughly analogous to that of a gardener who shut off all sunlight from his ground, all water and all air but still insists that if he keeps turning the soil over and putting up little signs identifying the vegetable rows, the thing will sprout.

I read an article that said that forty percent of New York state residents want to move out but can’t sell their house. Who knows if that number is true? But based upon what’s going on in my towns and the towns surrounding it, something like that figure is. Every third house in my neighborhood is for sale at a knock down price. But buyers have been knocked on the head.

All my sons loved New York State. But they just didn’t see any future here. How could they? And so for me, and probably many other fathers like me this isn’t an academic dispute any longer. It isn’t a difference of opinion or the contrast of philosophies. It’s a blood feud. Because the Left-Wing Liberals in Washington are determined to take the entire country down the same path. I heard Boehner say the Republicans were determined to preserve the programs so here’s some news for you Mr. Speaker, i don’t want food stamps or section 8 housing preserved for my children, I want a free country preserved for them. Then maybe future parents won’t have to think about following their sons to Chile or maybe Antarctica or wherever it is free people are finally allowed to congregate.

Which is why so many Americans are wild about Herman Cain. Because while the establishment detests him, parents like me are at the end of our rope and he promises a clean sweep. That and because unlike anybody else on the debating platform he’s laughing at what fools the Left-Wing Liberals are while every pore on that wonderful bald, black and shiny mathematician’s head of his oozes determination. And courage. And hope.

3 thoughts on “Who Will Save New York? Herman Cain?”