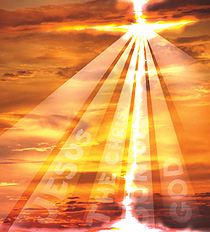 by Jay Haug –
America is living under an illusion: the idea that we can expunge God (broadly understood) from our national and public belief system and still operate a moral and accountable government.

C.S. Lewis summed up the problem in The Abolition of Man. “We make men without chests and expect of them virtue and enterprise. We laugh at honor and are shocked to find traitors in our midst. We castrate and then bid the geldings to be fruitful.” John Adams asserted, “Our Constitution was made for a religious and moral people. It is wholly inadequate to the government of any other.”

Our founding fathers laid down a system that demanded conscientious, self-restrained implementation — a government dependent on the character of the people. Ben Franklin, perhaps the most deistic of the founding fathers, famously assured one curious bystander that the Constitutional Conventions had engendered “a Republic, if you can keep it.” How many people today truly understand that America’s health depends on the moral character of its citizens, of their personal “keeping” of our nation?

Many people in power have discovered that what Ivan Karamazov said is true: “If God is dead, all is permitted.” They recognize only too well that God has been removed from public life — and with Him, the attendant moral order. In their minds, there is no responsibility because there is no God. Morality, though not always agreed upon, has become a matter of opinion, easily dismissed.

“If God is dead, all is permitted.”

How quaint the phrases of JFK appear to modern ears in his inaugural address: “the same revolutionary beliefs for which our forebears fought are still at issue around the globe — the belief that the rights of man come not from the generosity of the state, but from the hand of God.” Unlike most of American history, religious utterances today are considered sectarian, even offensive. For the publicly disgraced, however, take a few years in jail or probation and a good lawyer, and they are home free. Americans forgive, and well they should, but who is left to pick up the pieces and contemplate the risk/reward of bad behavior?

When was the last time an American president prayed aloud in public? It was FDR at the moment of the D-Day invasion. According to preacher Andy Stanley, Americans stopped in traffic and got out of their cars, and major companies sent home their employees to pray for the invasion. Children stopped in school, all to pray. The truth is that for most of our history, Americans have believed that our nation is accountable to God for our behavior and prayed publicly for His guidance and forgiveness. Even when Abraham Lincoln asserted in his Second Inaugural that “[t]he Almighty has His own purposes,” intimating that they are not easily discerned, very few Americans doubted, as Lincoln asserted, that they are “true and righteous altogether.”

the rights of man come not from the generosity of the state, but from the hand of God.

Only since prayer was banished from public schools in 1962 and a vocal minority began to consider it their right never to be present in a public place within earshot of a prayer was it that America decided to hang up on the voice of God in the public sphere. But this has not protected us from what Julia Ward Howe called “His terrible swift sword” — i.e., the consequences for our behavior. We are reaping the whirlwind even as we speak.

Many believe that religion should be confined to the private sphere. They want religion, in Francis Schaeffers’s words, “privately important, but publicly irrelevant.” But the truth is that public people living out public lives have always been subject to public oaths and understandings that invoke the name and sanction of God. According to historian David McCullough, George Washington added “so help me God” to the presidential oath, and it has stuck ever since. In the face of communism in the 1950s, Congress added “under God” to the pledge of allegiance and made “One Nation Under God” our national motto. Those who preceded us knew the wisdom of inculcating an understanding of God and the roots of conscience in all Americans — even in public schools. The “lowest common denominator” result of the 1962 school prayer decision was not only foolish constitutionally, but self-destructive nationally. Our public schools have never been the same since.

Our Constitution was made for a religious and moral people. It is wholly inadequate to the government of any other.

American history shows that two “Great Awakenings” presaged the two greatest crises in American history. John and Charles Wesley and George Whitfield preached through the entire thirteen colonies in the 1740s, preparing the next generation for the challenges and inculcating the self-control needed for revolutionary times. Charles Phinney, Lyman Beecher, and others led the 2nd Great Awakening that formed the backdrop for the Civil War, empowering in the aftermath a greater healing and reconciliation of the nation than might normally have occurred. When the Civil Rights movement reached its critical stage, Martin Luther King, Jr., a clergyman, appeared on government property and invoked both the Bible (the book of Amos) and our founding documents to declare racial prejudice wrong, telling Americans that racism fell short of both God’s laws and America’s founding vision. He knew where freedom came from, proclaiming, “Thank God Almighty, I’m free at last” as he strode from the Lincoln Memorial. Must God be turned to publicly only when America is shaken to the core, or when our values are seriously compromised? Are we not in that position right now?

America is in crisis. Unfortunately, since the 1960s, we have expunged the one Presence from our public life who can truly help us as He has in the past. In his book Who Are We?, Samuel Huntington tells us that America is different from every other nation in the following regard: throughout the world, the more impoverished a nation is, the more time its people spend in religious observance and activities. The only exception — the only one — is America. We are wealthy and we also spend much time in religious observance.

A morality unhinged from God is not only inadequate for the times, but it will also doom us to a permanent slide into oblivion.

Huntington warns us that we have about fifteen years to preserve what he calls “our Protestant heritage.” Let’s expand that here to include the public presence of God, which can help to enliven the private consciences of all Americans.

What we must face is a simple fact. A morality unhinged from God is not only inadequate for the times, but it will also doom us to a permanent slide into oblivion. Many believe that America will turn publicly to God…eventually. But will it be too late when the time finally comes?