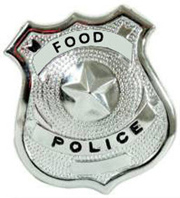 by Chuck Roger –
Within the last few years, we have been treated to attempts by government to control our food intake with regulatory “nudges” and legislative edicts. Sugar, salt, trans-fats, fats in general, fast foods, and school lunches are just a few ingredients and food types which have come under assault by sanctimonious busybodies seeking to dictate “healthy” eating to everyone.

New York Times food writer Mark Bittman provides the latest in we-know-what’s-best-for-you babble. In a Times op-ed, Bittman complains, “WHAT will it take to get Americans to change our eating habits?”

The question itself makes a fundamentally flawed assumption and exhibits arrogance. Why is it anyone’s job to “get Americans to change [their] eating habits?” By posing the question in the first place, Bittman implicitly considers himself to be among a select minority tasked with providing guidance to the majority.

It doesn’t take long for Bittman to shift the blame for unhealthy eating habits from eaters to providers of that which is eaten. Only six sentences into the article, he laments that “the food industry appears incapable of marketing healthier foods.”

The statement exhibits an elemental misunderstanding of human nature and sound business practice–knowledge voids common to food totalitarians. In fact, Bittman gets cause and effect bass-ackwards. Successful businesses comprehend people’s desires and market products designed to satisfy those desires. But our food writer thinks that clever advertising can alter human biology, that 175,000 years of DNA-programmed craving for calorie- and taste-laden fats can be erased from Homo sapiens. TV commercials featuring impossibly slender, scantily-clad carrots will entice the masses to give up Whoppers and Big Macs and clamor for the sensual mouth-feel of Brussels sprouts and cauliflower.

How does Bittman propose to convince America to eat more healthily? He gets specific:

The average American consumes 44.7 gallons of soft drinks annually. (Although that includes diet sodas, it does not include noncarbonated sweetened beverages, which add up to at least 17 gallons a person per year.) Sweetened drinks could be taxed at 2 cents per ounce, so a six-pack of Pepsi would cost $1.44 more than it does now. An equivalent tax on fries might be 50 cents per serving; a quarter extra for a doughnut.

Bittman exclaims, “It’s fun–inspiring, even–to think about implementing a program like this.”

We have experts who can figure out how “bad” a food should be to qualify, and what the rate should be; right now they’re busy calculating ethanol subsidies. Diet sodas would not be taxed.

Ah, there it is, “the vision of the anointed,” to use Thomas Sowell’s words. Sowell points out that self-anointed visionaries, who see a mostly dumb humanity as moldable by a smart few, assign themselves “a special state of grace.” In fact, “Those who accept this vision are deemed to be not merely factually correct but morally on a higher plane.”[1] Sowell expands further, for implicit in the vision of the anointed,

…is the notion that the potential is very different from the actual, and that means exist to improve human nature toward its potential, or that such means can be evolved or discovered, so that man will do the right thing for the right reason, rather than for ulterior psychic or economic rewards.[2]

Here we have the folly of big-government liberalism on grand display. How long before some starry-eyed but angry-faced Democrat proposes legislation to force “healthy food” advertising? Food totalitarians think that human nature can be remolded by anointed administrators using food rules concocted by anointed experts, that “psychic or economic rewards” can be rendered irrelevant, that humans will then crave organic beet juice and bean sprouts instead of beer and hot dogs. Liberals think that the impossible can be willed into existence by force of law.

A writer, physicist, former high tech executive, and Cajun, Chuck Rogér invites you to sign up to receive his “Clear Thinking” blog posts by email at http://www.chuckroger.com/. Contact Chuck at swampcactus@chuckroger.com.