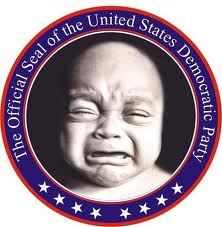 by Victor Volsky –
In his fascinating essay “The Metaphysics of Contemporary Theft” describing the rising tide of parasitism engulfing the U.S., Victor Davis Hanson suggests that the Obama Administration only pretends to want to destroy the American way of life so as not to deprive itself of its source of sustenance:

Its real goal is a sort of parasitism that assumes the survivability of the enfeebled host. That does not mean it has not done a lot of damage and will not do even more in the next two years; only that it never quite wanted to see cap and trade legislation enacted, blanket amnesty, Guantanamo shut down, or Predators ended; these were simply crude slurs by which to demonize Bush, ways of acquiring power and influence, but not a workable plan of living. Note that Obama is now zealous on just those issues which he could have easily rammed through his Democratically controlled congress in 2009-10 when he had large majorities, such as amnesty and cap and trade

I yield to no one in my admiration for Victor Davis Hanson, but with all due respect I beg to disagree with him on this one point. I am convinced that the radical left, whether Barack Obama is its actual leader or a mere figurehead, has been quite serious in its desire to build a socialist paradise out of “Amerika,” as they like to call the country that has provided them with a very comfortable living. They came to power brimming with confidence and burning with impatience to get down to work. And if they failed it was not for lack of desire. They just didn’t know how to go about it.

Any parent who has ever argued with his teen offspring bursting into intellectual puberty and proudly brandishing his brand new radicalism vividly remembers these telltale signs of overweening immaturity: the know-it-all arrogance, the boundless self-referential conceit, the grandiosity of pronouncements, the blanket rejection of the ugly present in favor of an unknown — but no doubt glorious — future, the powerful destructive impulses, the vagueness as to what’s to be done once the destruction is complete. All of these bespeak a teenager blaming his pimples on the unjust world and vowing cosmic vengeance.

the leftist idea is profoundly infantile

But they also fit to a tee a leftist intellectual raging at the “system” whose true sin consists of not recognizing the critic’s superiority and refusing to hand him the reins of power. For the leftist idea is profoundly infantile. I have a formidable authority to support my contention: none other than V.I. Lenin who castigated his opponents on the left in a 1920 book called “Left-Wing Communism”: an Infantile Disorder. A ruthless pragmatist who candidly acknowledged that power is the overriding issue of the revolution, the Bolshevik leader attacked proponents of “pure” Marxism — what would later be called “left communism.”

The self-styled “revolutionaries” are predominantly liberal arts graduates and radical lawyers endowed with the gift of gab and a large stock of “progressive” catchphrases that roll off their tongues with effortless ease, like water off a duck’s back. As the years fly by, the revolutionaries may age physically; but spiritually and emotionally they stay stuck in a time warp. These perpetual adolescents form a herd of independent minds (in Harold Rosenberg’s felicitous bon mot), a mutual admiration society where they spend their time endlessly marveling at their own vast erudition, lofty sentiments, and noble intentions. They talk and talk and talk…and then talk some more. For it is the only thing they are able and willing to do. But it would be a mistake to think that they view their bull sessions as a sort of parlor game. They are dead serious.

It takes a truly diabolical personality to stand aloof of mankind, watching in grim amusement as it plays out the drama of its tragic destiny

It takes a truly diabolical personality to stand aloof of mankind, watching in grim amusement as it plays out the drama of its tragic destiny, and manipulating human passions like a puppeteer for the lonely joy of relishing one’s superiority. Saul Alinsky, who dedicated his Rules for Radicals to Satan, may have been that kind of man. But it’s too much to expect the same level of demonic self-consciousness from a garden-variety radical. He is fully committed to his revolutionary ideas, he never tires of boasting of the steep ramparts he will scale and the Herculean feats he will perform when power is finally his. But when an opportunity does present itself, he just doesn’t know what to do with it. Because he is a talker, not a doer; a bungler, not an achiever. He can only destroy; building is beyond his ken.

I believe that Obama and his cohorts grabbed the levers of power fully intending to redo America in accordance with the socialist blueprint and firmly believing that their economic plans would indeed bring prosperity as well as social justice. Indeed, why wouldn’t they be certain of success? After all, weren’t they the most educated, the smartest, and the noblest of human beings? Haven’t they read and assimilated the most abstruse works of the prophets of progress? That’s why they pushed the stimulus package, which they confidently expected to revive the moribund economy while bringing immediate gratification to themselves and their allies.

They probably would have been smarter to push for an immigration reform first. It’s almost a given that flush with his electoral success Barack Obama could easily score a legislative victory that in all likelihood would have brought a slew of southwestern states into the Democratic fold, permanently refashioning the political landscape. Instead the new rulers succumbed to their greedy impulses. They just couldn’t keep their hands off that nearly trillion-dollar piñata and miss the chance to reward themselves and their allies with all the goodies they had coveted, lo all those long years. But they also believed their plan would work. Otherwise they wouldn’t have staked much of their political capital on that roll of the dice.

So confident were they that when the stimulus failed to revive the economy, they refused to believe the bad news. To own up to their defeat would have been tantamount to a betrayal of their cherished creed and, worse still, an acknowledgment that their adversaries, those benighted “knuckle-draggers,” were right — an intolerable affront to their self-esteem. And so, even in the teeth of a looming electoral disaster, they continue talking of more of the same: more Keynesian stimulus, more money-printing, more “greening” of the economy, more taxes. In short, they are prepared to double down on the failed plan which works like a charm in a progressive’s dream, but never in the real world.

Leftists like Obama have no idea how the economy actually works.

They have no idea how the economy actually works. They truly believe that government spending is a route to prosperity, that heavily subsidized “green energy” is efficient, that unemployment benefits boost economic growth. But for all the absurdity of their ideas, they don’t feign ignorance — they are genuine economic innocents. And when President Obama blames persistent unemployment on ATMs and airport kiosks, I have little doubt that he is blithely sincere in his Luddite, pre-Marxist worldview.

The Russian philosopher Georgy Fedotov described the leftist intelligentsia as “a special group of people notable for the idealism of their commitments and the vacuity of their ideas.” Truer words have rarely been spoken.

Obama’s personnel policy clearly shows the seriousness of his transformational urges. Other than Bob Gates, a relic of the previous administration probably kept as Secretary of Defense as a sop to the Pentagon in the midst of a couple of ongoing wars, and Hillary Clinton, offered the plum position of Secretary of State to neutralize her as a possible presidential rival in 2012, just about all other appointees of the new president were his loyal comrades-in-arms and rabid progressives. Even more telling are his “czars,” a few dozen (nobody knows the exact figure) policy-makers who required no confirmation by the Senate and are thus able to operate in the shadows; these are the out-and-out radicals.

As for Obama’s sybaritic inclinations shared by his cohorts, living in the lap of luxury is no evidence of conservatism. Revolutionaries everywhere have always managed to combine radical rhetoric with inordinately expensive tastes (the few ascetic fanatics like Robespierre are the exceptions that prove the rule). The Bolshevik leaders hastened to divvy up the palaces of the highest Russian nobility; did it dilute their revolutionary zealotry? During the terrible winter of 1918 in St. Petersburg, as the population of the city starved and froze, dying by the thousands, Larissa Reissner, the Madame Defarge of the Bolshevik Revolution, took champagne baths; did she believe that such an extravagance marred the purity of her revolutionary robes? To the contrary: “That’s what we fought for, didn’t we?” she opined with touching candor. Michelle Obama, who combines an awful taste in clothes with the enormousness and extreme costliness of her wardrobe, would doubtless agree with the Russian revolutionary if she had an inkling of her existence.