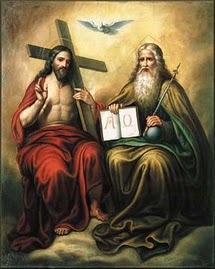 I like to call that the arithmetical atheism argument. Its force (such as it is) depends on the idea that in counting gods, as in counting inches on a ruler, the distance between one and zero is no different than the distance between two and one. Just tick off the gods one by one, and gradually, without fanfare, you find yourself believing not in ten gods, not two, not one, but finally no gods at all. Knocking off that last one is just as easy and inconsequential as subtracting the several before.

Amusing? or Silly?
Dawkins thinks this is “amusing.” I think it’s downright silly. Consider this analogy. Suppose we were go out on Fifth Avenue next Monday to count all the unicorns trotting down the street, and we came up with a grand total of zero. That wouldn’t mean much, would it? Suppose instead we counted a pair of unicorns: it would be an instant worldwide sensation. But then what if we counted exactly one unicorn? Would its significance be halfway between zero unicorns and two? Certainly not. Whether we saw one or two (or a hundred), still it would be all over the news. The distance between two unicorns and one is not at all the same as between one and zero.

Now, even though unicorns in the Big Apple would make quite a splash, still the world would mostly be the same with or without them. That’s not so for God. In worldview terms, our view of God has everything to do with how we see the world we live in and the decisions we make every day. Nothing could be more different than a worldview with God in it, and one without.

The Difference God Makes In the Universe
We who believe in one God see all of creation as permeated with personality, packed with moral meaning, and filled with eternal purpose. One God is not just slightly less than two, by the way. There’s a huge difference between monotheism and any kind of polytheism. There is no cosmic battle going on between deities, no ultimate contest over what’s really right or what’s best. These things are forever settled in heaven, without strife or competition. The universe is suffused with God’s goodness, even where it’s hard to see it, and it is heading toward a good and perfect end.

Atheists, on the other hand, see reality as the product of mindless, impersonal, and purposeless processes. That’s the difference “one god further makes,” and it’s huge. Humans (in this view) differ from other animals only in our complexity and self-awareness. If there is justice in the world, it is defined only by humans. In the world we live in, justice is carried out imperfectly at best. Most wrongs will never really be made right. In the end it could hardly matter, since we’re all going to just go away into nothingness when we die.

Goodness (according to atheism) is a matter of human judgment, and nothing higher than that. It’s impossible even to imagine how goodness and justice could have existed before humans came on the scene, and what those terms really mean is still up for grabs. Some atheistic philosophers even think that self-awareness, justice, and goodness are strictly illusionary.

The Difference God Makes Every Day
Do not think that this is just obscure philosophy: It has a profound effect on how we live. Let me illustrate that by focusing on some of today’s contentious “culture war” questions.

Christians believe that when God created the world and called it good, right from the beginning there were male and female and there was marriage:

So God created man in his own image, in the image of God he created him;male and female he created them. (Genesis 1:27, ESV)

Therefore a man shall leave his father and his mother and hold fast to his wife, and they shall become one flesh. (Genesis 2:24, ESV)

Right from the start, these passages begin clearly to define humanness, manhood, womanhood, and marriage, based on the way we were created. Our Creator is also our sovereign King, so to attempt to alter these things would be to rebel against him in both his goodness and his rightful authority.

Some, however, see God as having no part in what it means to be human. That being the case, naturally they see human nature and ethics as matters for us to figure out for ourselves. We can redefine marriage if we want. We can decide for ourselves at what stage in a baby’s life there might be moral ramifications to killing him or her.

And here we see how crucial the God question is: If one is going to decide there is no God, those are perfectly sensible things to think as a result.