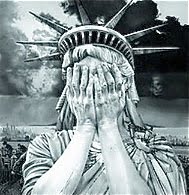 by Stephen Moore –
If you want to understand better why so many states—from New York to Wisconsin to California—are teetering on the brink of bankruptcy, consider this depressing statistic: Today in America there are nearly twice as many people working for the government (22.5 million) than in all of manufacturing (11.5 million). This is an almost exact reversal of the situation in 1960, when there were 15 million workers in manufacturing and 8.7 million collecting a paycheck from the government.

It gets worse. More Americans work for the government than work in construction, farming, fishing, forestry, manufacturing, mining and utilities combined. We have moved decisively from a nation of makers to a nation of takers. Nearly half of the $2.2 trillion cost of state and local governments is the $1 trillion-a-year tab for pay and benefits of state and local employees. Is it any wonder that so many states and cities cannot pay their bills?

Every state in America today except for two has more government workers on the payroll than people manufacturing industrial goods.

Every state in America today except for two—Indiana and Wisconsin—has more government workers on the payroll than people manufacturing industrial goods. Consider California, which has the highest budget deficit in the history of the states. The not-so Golden State now has an incredible 2.4 million government employees—twice as many as people at work in manufacturing. New Jersey has just under two-and-a-half as many government employees as manufacturers. Florida’s ratio is more than 3 to 1. So is New York’s.

Even Michigan, at one time the auto capital of the world, and Pennsylvania, once the steel capital, have more government bureaucrats than people making things. The leaders in government hiring are Wyoming and New Mexico, which have hired more than six government workers for every manufacturing worker.

Now it is certainly true that many states have not typically been home to traditional manufacturing operations. Iowa and Nebraska are farm states, for example. But in those states, there are at least five times more government workers than farmers. West Virginia is the mining capital of the world, yet it has at least three times more government workers than miners. New York is the financial capital of the world—at least for now. That sector employs roughly 670,000 New Yorkers. That’s less than half of the state’s 1.48 million government employees.

When 23-year-olds aren’t willing to take career risks, we have a real problem on our hands.

Don’t expect a reversal of this trend anytime soon. Surveys of college graduates are finding that more and more of our top minds want to work for the government. Why? Because in recent years only government agencies have been hiring, and because the offer of near lifetime security is highly valued in these times of economic turbulence. When 23-year-olds aren’t willing to take career risks, we have a real problem on our hands. Sadly, we could end up with a generation of Americans who want to work at the Department of Motor Vehicles.

The employment trends described here are explained in part by hugely beneficial productivity improvements in such traditional industries as farming, manufacturing, financial services and telecommunications. These produce far more output per worker than in the past. The typical farmer, for example, is today at least three times more productive than in 1950.

Where are the productivity gains in government?

Where are the productivity gains in government? Consider a core function of state and local governments: schools. Over the period 1970-2005, school spending per pupil, adjusted for inflation, doubled, while standardized achievement test scores were flat. Over roughly that same time period, public-school employment doubled per student, according to a study by researchers at the University of Washington. That is what economists call negative productivity.

But education is an industry where we measure performance backwards: We gauge school performance not by outputs, but by inputs. If quality falls, we say we didn’t pay teachers enough or we need smaller class sizes or newer schools. If education had undergone the same productivity revolution that manufacturing has, we would have half as many educators, smaller school budgets, and higher graduation rates and test scores.

The same is true of almost all other government services. Mass transit spends more and more every year and yet a much smaller share of Americans use trains and buses today than in past decades. One way that private companies spur productivity is by firing underperforming employees and rewarding excellence. In government employment, tenure for teachers and near lifetime employment for other civil servants shields workers from this basic system of reward and punishment. It is a system that breeds mediocrity, which is what we’ve gotten.

The only way to do that is to grow the economy that makes things, not the sector that takes things.

Most reasonable steps to restrain public-sector employment costs are smothered by the unions. Study after study has shown that states and cities could shave 20% to 40% off the cost of many services—fire fighting, public transportation, garbage collection, administrative functions, even prison operations—through competitive contracting to private providers. But unions have blocked many of those efforts. Public employees maintain that they are underpaid relative to equally qualified private-sector workers, yet they are deathly afraid of competitive bidding for government services.

President Obama says we have to retool our economy to “win the future.” The only way to do that is to grow the economy that makes things, not the sector that takes things.

1 thought on “We’ve Become a Nation of Takers, Not Makers”