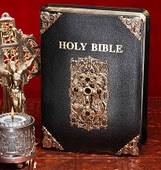 by Stuart Schwartz –
Shhh. I am about to say is something so radical that it will jangle every politically correct nerve in your body. And yet…it is true. The founding and traditional culture of the United States, its Judeo-Christian heritage and boots-on-the-ground decency is superior to all other cultures this world has produced. And it certainly beats the radical worldview (part Marxist, part Islamic, and all thug) that our political and media elites — led by the president of the United States — are imposing upon us.

Scream if you must — but then think. Think about what former Godfathers Pizza CEO Herman Cain — Christian and African-American — and so many others recognize as “the greatest country in the world.” Outside of the cocoons of condescension wrapping the university and urban strongholds of our trendy elites, this is recognized not as jingoism but truth. Cain insists that our “unparalleled freedom” and “innovative and industrious people” have combined with “exceptional” American traditions to produce the single country to which most people want to come. Columnist/talk show host Dennis Prager notes that American success, as defined by freedom and economic opportunity, “refutes” all that our leftist elites hold dear.

Choices that reflect the virtues arising from restraint are better than those that do not.

So what does this mean? It means that centuries of Americans have largely been making right choices. Judeo-Christian culture joins the ability to choose — also known as free will, a gift from God — with an emphasis on individual restraint and good behavior. Choices that reflect the virtues arising from restraint (such as a respect for individuals regardless of gender, race or religion) are better than those that do not. Some combinations of choices are objectively superior to others. The choices made over time in the United States have produced a culture of greater value than what the American Heritage Dictionary defines as the “totality of socially transmitted behavior patterns, arts, beliefs, institutions, and all other products of human work and thought” produced by the other nations of the world.

In other words, we have a culture superior to those of other nations. The proof of the pudding is in the eating, someone wise (probably not Charlie Sheen) once said. Its value shows in a citizenry that consistently leads the world in private charitable giving while basing politics and social mobility on God-given natural rights. Everyone from any culture may enjoy these rights once they legally join a polity inseparable from its Judeo-Christian value system. Here in this nation we have collectively created an existentially superior set of values, beliefs, and behaviors. For the vast majority of Americans, our Judeo-Christian culture works…and not only well, but better than anything else available.

“Aargh,” you say? Double “aargh,” even. What about all that stuff I was taught in school, the America for which our Professor-in-Chief has serially apologized? What about slavery, Jim Crow, and the hate crimes even now perpetrated against Muslims in the United States? Glad you brought that up. Slavery was abolished at great cost in lives and treasure, driven by the Christian narrative that all are equal in the eyes of God; however, it still exists in parts of the world where Judeo-Christian voices barely whisper. Jim Crow and segregation are gone, conquered by a culture that, as Dinesh D’Souza put it in What’s So Great About Christianity, “assesses human worth not through power and possessions but through the virtue that we integrate into our daily lives.” Meanwhile, segregation rules in Islamic countries where an official “two-tiered culture” is policed by religious leaders who resemble mafia dons rather than men of God, as Richard Butrick tells us in American Thinker. In Iran, women are required by law to shroud themselves from head to foot and travel in the backs of buses; the Iranian Rosa Parks was stoned, not celebrated. And about that Islamophobia — ain’t happening. Even reliably leftist and radical Islam-friendly CNN was forced to acknowledge that only a bit over 8 percent of the hate crimes in the United States are against Muslims, while almost three-quarters are against Jews.

America is a great and fundamentally humane nation because of its Judeo-Christian traditions and emphasis on individual responsibility.

American culture is superior. Period. This does not mean that every thought, every person in America is superior. Rather, it means that, all things considered, the world would be a better place if Judeo-Christian traditions were dominant. Gone would be the institutionalized hate endemic to tyrannical Islamic cultures where, by law and religious dictate, unbelievers and women are second class citizens who rely on the forbearance of a ruling class for existence. In America the exceptional, teachers are not slashed in the face and beaten senseless because they dare to educate girls. In America the exceptional, Judeo-Christian sensibilities do not celebrate savages who slit the throat of a sleeping three-month-old whose crime was “born Jewish.” And in America the exceptional, our prison guards do not “rape female dissidents before executing them, lest their victims go to heaven as virgins.” Nor does America the exceptional allow “the institutionalized slavery and rape of prepubescent girls.”

Perhaps it is time to insist that our media and universities tell the truth: America is a great and fundamentally humane nation because of its Judeo-Christian traditions and emphasis on individual responsibility. It does not need President Obama to “rewrite history” and credit us with “inventions that never were,” as he did in touting Islamic cultures. You won’t see Christian seminary professors leading enraged students into Cracker Barrel to behead waitresses who wear crosses for decorative, rather than religious purposes. Our culture, our traditions, our way of life is…well, better than that.

Is there much wrong and unjust in America? Yes, but our laws, traditions and values work together to weed out much that is wrong. Of course, humanity is humanity and there is always a Charlie Sheen popping up in the Garden of Eden, urging Adam to rid himself of Sarah Palin and other “sweat-eating whores.” But American exceptionalism means that, as tempting as it is to do otherwise, we allow individuals gathered as an audience to deal with a Charlie Sheen. And they did, heckling him off the stage…a superior culture’s version of KA-BOOM.