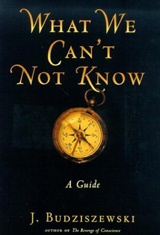 by Chuck Colson –
Want to clear the room at a party? Just say something like, “There is such a thing as right and wrong, and everybody knows it.”

The great commandment in this postmodern, relativistic world of ours is this: “Don’t impose your morality on me.”

Obviously, it didn’t used to be this way. Once, if you mentioned basic moral rules like the Ten Commandments, everyone would agree that they were right. Not only were they right for all, but they were also known to all. Everyone knew that honoring parents and telling the truth is right for everyone. And everyone knew that deliberately taking innocent human life, sleeping with your neighbor’s spouse, and mocking God is wrong for everyone. Today all of that has changed.

Or has it? According to University of Texas Professor J. Budziszewski, it really hasn’t — at least not in the way you might think.

The Apostle Paul confirms this when he says in Romans 2 that God’s law is “written on the heart” — everyone’s heart, even the hearts of nonbelievers. People who pose as moral skeptics are playing make-believe, and, as Budziszewski writes, they are doing it badly.

But how can this be true? Haven’t anthropologists told us that morality is different in every culture? Budziszewski points out that different cultures disagree only about the details of morality, not about the basics. C. S. Lewis gave us a good example when he remarked that although some cultures say you can have four wives and some say you can have only one, up until very recently, every human culture has recognized the sacredness of marriage.

Of course, as I’ve said many times on BreakPoint, we can see what happens when we reject universal moral truths, what Budzisewski calls the moral “common ground.” The global economic meltdown is exhibit A.

Budziszewski admits that it’s a slippery common ground, however, because somebody can know the moral basics deep down and yet not recognize that he or she really does know them. Paul said in Romans 1 that we “suppress” the truth because of our sins. But if the knowledge is really down there, then it can be dredged back up, no matter how deeply suppressed.

That’s what Paul tried to do. And that’s what we should be trying to do as well. And Budziszewski shows why and how we can do it.