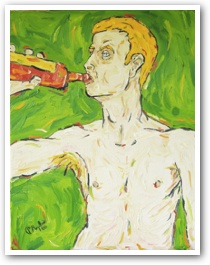 by Benjamin Wiker –
Is gambling an addiction or a sinful habit? What about pornography? Overeating? Drinking? Shopping? Checking email? Texting? Watching television? Playing video games? Working? They’ve all been called addictions. Is that really what they are?

The obvious problem with this view is that it entirely destroys morality by denying the possibility of good, freely-chosen action. We should call them what they really are: sinful habits. Or we could use the more exact and compact word, vices. A sign of the correctness of this word is that “vice” contains the notion of addiction – a kind of helpless slavery – even while it affirms the presence of free will and moral culpability.

To understand, we must take a very large step backward, actually back to the beginning, to what a human being really is. Human beings are creatures of body and soul. To be more exact, we are an essential union of body and soul. We are not mere bodies with no souls (as the materialists think), nor are we ghosts sitting in the steering room of body-machines (as the dualists think), nor are we solely souls for whom the body is a thought-projection (as the idealists think).

what we do with either our body or our soul affects both our body and our soul.

We are, to repeat, a real unity of body and soul. Consequently, what we do with either our body or our soul affects both our body and our soul. We become what we do; we are what we have done. Repeated sinful actions literally reform our body and soul according to the sin, so that the actions come to define our very nature by becoming second nature.

The development of this second nature is called a habit, and since it is destructive, a bad habit, or more compactly, a vice. As the vice becomes more engrained, we increasingly lose our freedom, our power, to act well. The vice then defines our entire being, both body and soul.

Thus, a woman who gambles becomes a gambler, a human being entirely defined by a particular kind of self destructive activity that has become her second nature. A man who views internet porn becomes a creature who can do nothing else, who thinks about nothing else, who is entirely defined by this self- and other-destructive activity, body and soul, mind and heart, eyes, fingers, and brain. What they originally chose to do, and what earlier on they could have much more easily chosen not to do, now becomes the master who ruthlessly in-habits them, changing every aspect of their intimate soul-body union.

sin is its own punishment

That, for both the wise ancient pagans like Aristotle and the even wiser Christian moral tradition, was the real horror of vice or sin: it turned the potential glorious thing, a human being, into a deformed parody, a mockery, a pitiful creature enslaved in his own self-destructiveness, body and soul. To put it in St. Augustine’s concise terms, sin is its own punishment.

So, the scientists have gotten it half right. Since the effects on the body of such destructive actions are quite real, then we would expect them to be quite physical and measurable – and that is what scientists are picking up on, when they discover the measurable physical effects of gambling, pornography, and so on. But when they reduce the entire thing to the physical effects, and then treat the physical effects as the sole causes, then this half-truth becomes the wholly false view of the modern materialist-determinist who destroys morality by claiming that all our actions are merely mechanical reactions. 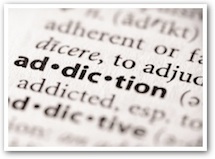 The original Latin word, addicere, means in the first instance, to assent to something. It became a legal term, used in reference to a judge’s power to award something to someone, particularly the judge’s power to put one person in another’s power as his slave. For example, a judge could assign a thief as a slave to the man from whom he had stolen, or he could assign a hopeless debtor to his creditor as a slave.

“Addiction” did not pick up its modern meaning until the beginning of the 20th century when it was used to describe the effects of opine, specifically the physiological connection between decreasing effectiveness and increasing dependence. Since then, researchers have discovered a host of ways that certain kinds of drugs and certain kinds of behaviours cause real, demonstrable physiological effects that make it harder and harder for people to stop doing something even though they know it is harmful.

Unfortunately, may scientists have come to conclude, based upon such studies, that our entire behaviour, good and bad is predetermined by forces outside our control, both outside of us or within us. For example, some scientists have argued that the activity of gambling itself releases dopamine in the brain, thereby causing intense pleasure, so that the gambler becomes addicted to the gambling high, much as an addict becomes addicted to a drug high. Others have suggested that there is a gene (the Dopamine Receptor D2 gene) that predisposes us to the pleasures of gambling. Put them both together, and you have “gambling addiction,” and the individual is thereby released from moral responsibility.

Perhaps a return to the original meaning of addicere might be of some help. Just as with a thief or a man in hopeless debt, we can do things that put us into the situation where we become slaves. Such slavery, ancient or modern, is real, with real chains, whether they are made of iron or chemical chain-reactions.

That is is, in fact, the much-attested effect of sin in the Bible and as understood in the Christian moral tradition. As St. Paul said of the slavery of sin, “I do not do what I want, but I do the very thing I hate.” That is the “law of sin,” part of the greater law written into our very nature by God, that what we do or fail to do, what we choose or avoid, for better or worse, define what we become. We are indeed free to become slaves.