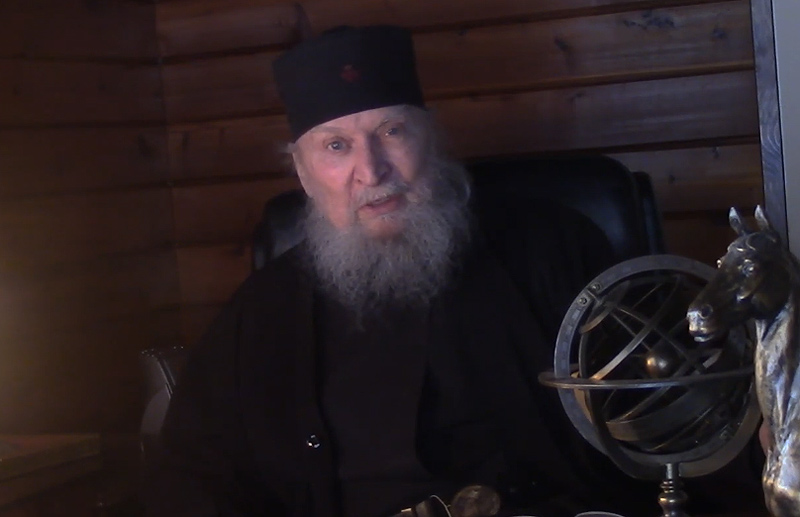 Puhalo concludes with another scandalous claim: “If we think about it, the 10 Commandments have almost nothing to do with Christianity.”

The same basic Commandments, or laws, appear in every legal system from the most ancient times, and were certainly not invented by the Hebrews. If one will read the Scripture carefully one must conclude that they are not even the ones that were placed in the Ark, not even the 10 having been received by Moses on the mount of Sinai. Far more impressive would be making the Beatitudes the central theme for plaques, monuments and veneration.

Just take a sober look at the 10 Commandments that we so often see venerated and see if you see anything special about them. Do we really think that everybody ran around killing everybody else up until one of these commandments said not to murder?

The very framing of the regulations about worship of God clearly indicate that that the Hebrews were not monotheist but rather Henotheist. We know from archaeology and other sources that Israel was never an actual monotheistic society, but rather polytheistic with limitations that were certainly not always applied.

In the time of Moses, adultery was something that only women could be guilty of, since men were allowed as many wives as they could afford and no one ever criticised men for frequenting prostitutes. Essentially, any commandment prohibiting adultery would apply only to women and not to the whole community. Millennia before the time of Moses and the existence of the Hebrews, all the things mentioned in the 10 Commandments were already prohibited in most societies.

Apparently the teaching of Christ Himself who said “Do not think that I have come to abolish Law or the Prophets; I have not come to abolish them but to fulfill them,” (Matthew 5:17) are too antiquated for this vagante hierarch and false teacher. 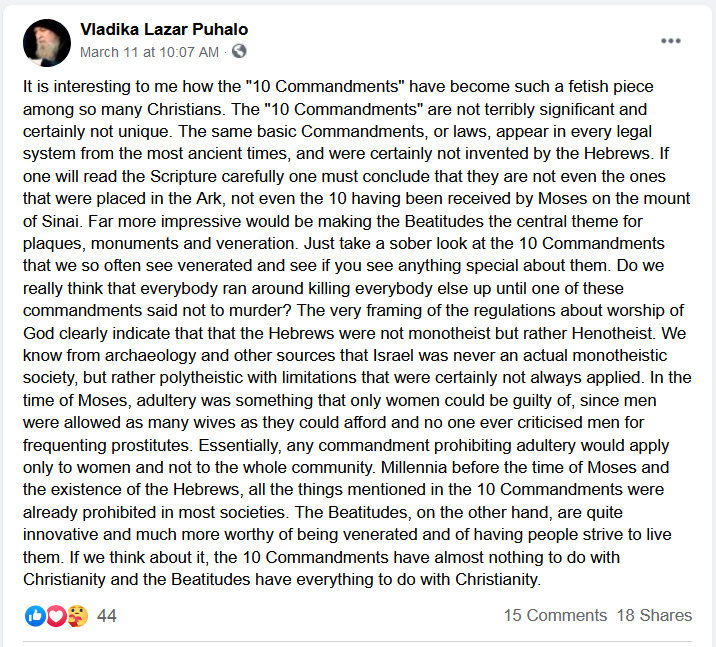