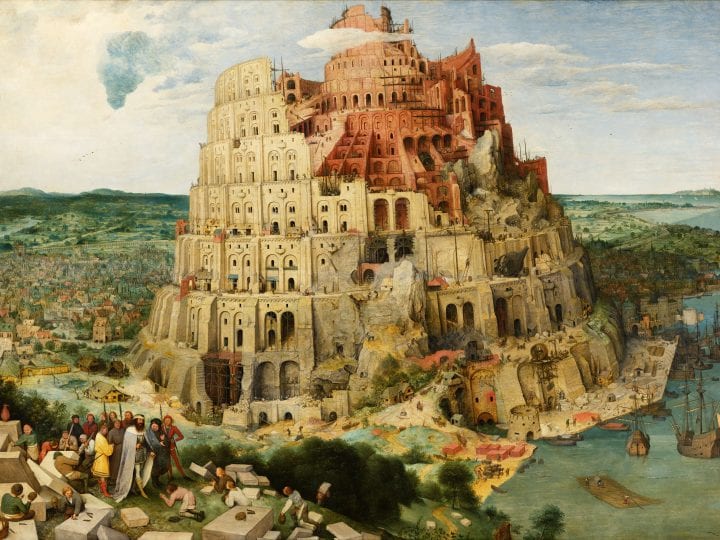 by Olga Rozhneva –
In the world, pride and self-esteem are sometimes raised almost to the status of virtues or signs of the nobility of one’s nature. This view is erroneous and happens, according to the words of St. Macarius, “out of ignorance or from darkening by the passions.” The elder wrote to a spiritual child:

“In your previous letter you mention your self-esteem more than once and, as if you hold it in high regard, you show it off like some adornment. You need to extirpate it from yourself by all means—it is the cause of all our evil and vices. Worldly people still regard it as a virtue and as nobility, and this is out of ignorance or from darkening by the passions; while we have to oppose it in everything by humility and selflessness.”

Pride and vanity belong to the most dangerous passions.

God resists the proud
Pride and vanity belong to the most dangerous passions. The Optina elders wrote much about the struggle with these passions. St. Lev sorrowfully called vanity “the poison which kills the fruits of even the most ripened virtues.”

“This passion not infrequently extends from youth to old age and to the very grave. It pursues not only the passionate and prosperous, but sometimes also the perfect, and therefore no little caution is required. Only the passionless Creator can uproot it. Oh, how difficult it is to avoid this poison, which kills even the ripest virtues!”

St. Nikon cautioned: “We should not be proud of our health, or beauty, or any other of God’s gifts… Everything earthly is liable to change: both beauty and health. We should thank the Lord, thank Him with humility, acknowledging our unworthiness, and not get conceited about something.”

Envy and hatred, anger and remembrance of wrongs are the common offspring of vainglory and pride.

St. Ambrose warned that nothing hinders progress in the spiritual life like pride and vanity, and the offspring of these passions are envy and hatred, anger and remembrance of wrongs: “All of us suffer more often than not, more or less, from vanity and pride. And nothing hinders progress in the spiritual life like these passions. Wherever there is indignation, or disagreement, or dissent—if you look carefully it will turn out that the greatest part to blame for this is love of praise, and haughtiness.

That’s why the Apostle Paul gives us a commandment, saying, ‘Let us not be desirous of vain glory, provoking one another, envying one another’ (Gal. 5:26). Envy and hatred, anger and remembrance of wrongs are the common offspring of vainglory and pride.”

Vainglory and pride, although cut of the same cloth, have different effects and indications

St. Ambrose used to instruct people thus:
“Vainglory and pride are one and the same thing. Vainglory manifests its works, so that people see how you go along, how adroitly you do things, while pride then begins to disdain everyone. Vainglory is like a worm—at first it crawls and bends. But when it grows wings, it flies up high, and that is what pride is like.”

To show, however, how pride and vainglory differ from each other and how they effect a person, St. Ambrose even composed a story about ducks and geese, personifying these passions. The story was occasioned by a rug given to the starets with pictures of ducks:

Vainglory and pride are one and the same thing.

“Not long ago they gave me a carpet on which ducks were beautifully depicted. I felt sorry that they didn’t think of putting geese there, too, since there was still a lot of room left on the carpet. Such a thought came to me because the characteristics and actions of ducks and geese portray the characteristics and actions of the passions of vainglory and pride very well.

Vainglory and pride, although cut of the same cloth, have different effects and indications. Vainglory tries to catch people’s praise and for this often abases itself and engages in flattery, while pride breathes arrogance and disrespect to others, although it also loves praise.

A vain person, if he has a good-looking or handsome appearance, preens himself like a drake and glories in his beauty, although he is often awkward and clumsy as a duck. But if one who is conquered by vainglory doesn’t have a good-looking appearance or other good qualities, then to impress people and get praise he flatters, and like a duck cries, “That’s right! That’s right!” when in fact in all fairness it isn’t always so, and he himself often is inwardly disposed otherwise, but out of cowardice just becomes a yes-man.”
…

It is very difficult to rid oneself of pride.

It is very difficult to rid oneself of pride
It is very difficult to rid oneself of pride. If a person thinks that he is already free from pride, that he has already attained humility, then, in the words of Elder Macarius, it obviously proves his pride: “In your letter you called yourself humble (of course, that is out of ignorance), but you have still not reached the point of being humble. If we acquired this wealth, then we could easily attain all the virtues as well. Yes, it alone without the other virtues can save us, but the virtues without it, on the contrary, bring no benefit at all. He who has acquired humility has acquired God. This is all the teaching of that great man, St. Isaac. So you shouldn’t think that you are humble, but if you think you are, then you obviously are showing your pride.”
…

A proud man becomes as if akin to a demon.

Pride alone can replace all the other passions
It happens that pride is so great in a person that the other passions subside. St. Macarius gave this guidance: “One passion reproaches another: where there is self-esteem, avarice gives way—and it happens the other way around. We know, though, that sometimes all the vices leave a person, and only one remains with him—pride.”

Such a person may outwardly behave himself irreproachably and look at other people who suffer from drunkenness or smoking or other passions with disdain. But there is such arrogance and self-admiration in this outwardly blameless person’s gaze, such inordinate praise of his virtues, that his pride alone is enough for his soul to perish. The elder warned: “It happens, however, according to the word of St. John of the Ladder… that all the passions withdraw from certain people except pride alone, which replaces all the other passions, and that is why we have to be careful that instead of bearing fruit we don’t bring weeds.”

Cut off thoughts that praise us and thoughts of vainglory