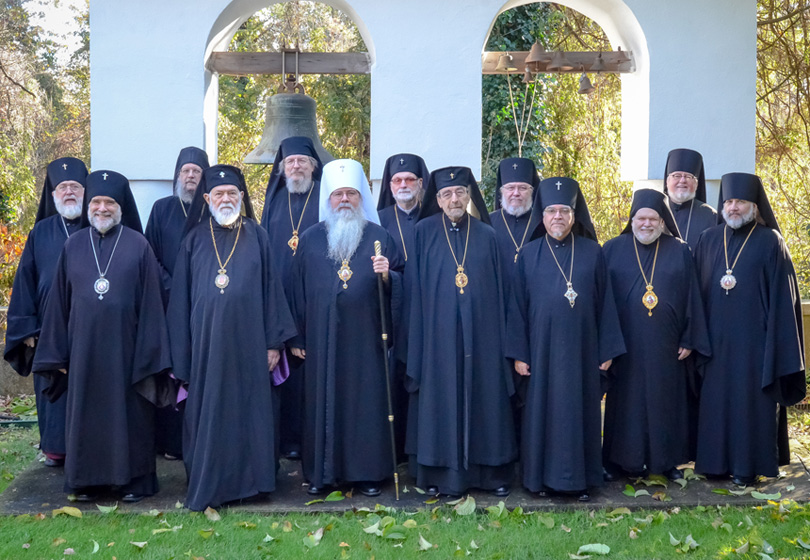 As publicly confirmed by a senior OCA priest and privately confirmed by other OCA priests, at the Nineteenth All-American Council in July 2018, a Resolution aimed at asking the bishops to correct errant clergy and lay persons who promote false teaching on same-sex relationships was rejected by the OCA Synod of Bishops and not permitted to be voted on by the assembly. Concerned that publications such as The Wheel were perceived to be given a tacit blessing by the hierarchy, senior priests urged the bishops, through the resolution, to send an unambiguous message that false teaching will not be tolerated.

The OCA Synod rejected the resolution citing that it was not appropriate for the All-American Council to “give direction” to the Synod. The OCA bishops also did not provide any feedback to revise or edit the priests’ statement to make it more acceptable to them. The answer of the resolution’s sponsors was that the resolution was a plea, not a demand. As a result, publications such as The Wheel continue to disseminate false teaching without episcopal correction.

Here is the Resolution.

WHEREAS, the Holy Synod has repeatedly and consistently upheld past statements of the Orthodox Church in America which affirm that sexual relationships are blessed only within the context of a marriage between one man and one woman, and which calls those who have same-sex attractions, motivated by love and out of sincere care for their souls, to a life of steadfast chastity, and

WHEREAS, St Paul writes that such teachings will “increase to more ungodliness”, and that such a “message will spread like cancer” (2 Tim 2:16), misleading the faithful and inquirers seeking the truth, now, therefore, be it

RESOLVED, that the Nineteenth All-American Council respectfully petitions the members of the Holy Synod to, without hesitation, reprove and correct such clergy, theologians, teachers, and lay persons who dare to challenge the teaching of the Orthodox Church and the authority of her hierarchs by not upholding the traditional teachings on marriage and human sexuality.