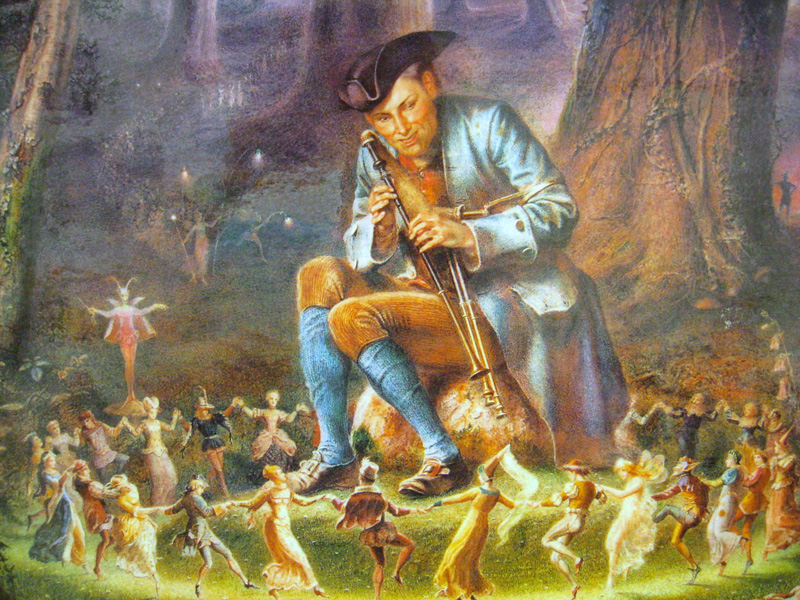 the universe appears to be fantastically fine-tuned to support life

Good Science Fiction in Modern Science:
Our observations of the universe, as well as our knowledge of theoretical physics, reveal that the universe appears to be fantastically fine-tuned to support life. Sir Roger Penrose, for example, has estimated that the probability of obtaining any kind of universe at all capable of supporting life is roughly 1 chance in 10^(10^123).(1) The odds of your neighbour down the street winning all the lotteries in North America this week, and every week for the next ten years are far better.

A friend of mine works for a lotteries commission and has entertained me with accounts of how they track down lottery fraud. Their primary operating principle is that the more improbable the winnings, the more likely there has been intelligent interference in the lottery system. The implications for the universe, therefore, are intuitively obvious — there is an intelligent mind behind the universe that designed its parameters to support life.

Scientism is atheism dressed up in a lab coat

Modern Science Heavily Influenced by “Scientism”
Modern science, however, is heavily influenced by scientism, the philosophical belief that science explains everything.(2) It is atheism dressed up in a lab coat. Consequently, the idea of a mind behind the universe is simply not an option, no matter how powerful the scientific evidence. There is only one other way events with such mind-boggling low probabilities could occur … a near-infinite number of universes. Fantastically improbable events would be commonplace in a multiverse containing a near-infinite number of possibilities. As cosmologist Bernard Carr states, “If you don’t want God, you’d better have a multiverse.”(3)

Multiverse Fantasy Needed to Explain Away Sophisticated Design
The multiverse is a handy thing, for it enables us to explain anything no matter how wildly improbable it might be. A 300 pound pig could spontaneously come together from molecules floating around in the atmosphere two thousand feet above the ground, hurtle down to earth, destroy your spanking-new Tesla, and we could simply invoke the multiverse. Evolutionary biologist Eugene Koonin, for example, notes that the probability of evolving RNA replication for the origin of life is so small that it is unlikely to occur anywhere in the universe, over its history to date. His solution is similar …. an infinite number of universes.(4) That way, even something so mind-bendingly improbable as RNA replication will be “inevitable”.

an infinite number of unseen, untestable entities are proposed to avoid just One Unseen Mind

The multiverse, it seems, is modern science’s “god of the gaps” … if it is too wildly improbable … if we have no natural explanation — especially if it points to God, then the multiverse must have done it. The interesting thing is this … an infinite number of unseen, untestable entities are proposed to avoid just One Unseen Mind behind the universe which scientism must deny at all costs. One might be reminded of Ockham’s Razor at this point.

Although theoretical physicist, Andre Linde, acknowledges the possibility that the fine-tuning of the universe may be a result of God creating the universe for the benefit of life, he seems to prefer the idea that “many universes is a logical possibility.”(3)  As mathematician George Ellis points out, however, the “multiverse argument is a well-founded philosophical proposal but, as it cannot be tested, it does not belong fully in the scientific fold.”(5)

“Philosophical proposal”, “logical possibility” … these things are the stuff of good science fiction. George Ellis and Joe Silk argue that because these philosophical or logical possibilities cannot be tested, they should not be confused with science. They are a threat to the integrity of physics.(6) In the opinion of theoretical physicist Sabine Hossenfelder, with regard to untestable proposals, “post-empirical science is an oxymoron”, suggesting we call it “mathematical philosophy”.(7)

Physicist Mark Buchanan is a bit less charitable with his view that multiverse speculation crosses the line into fantasy. He writes, Mathematical champions seem quite happy, even eager, to invoke infinite numbers of other universes as mechanisms for explaining things we see in our own universe. In a sense, multiverse enthusiasts take a “leap of faith” every bit as big as the leap to believing in a creator.”(8)

multiverse enthusiasts take a “leap of faith” every bit as big as the leap to believing in a creator.

I would say it is an even bigger leap, since you need an infinite number of them, rather than just one Creator. The point of all this is not to argue that multiverse theories are false, but that they do not qualify as science. Mathematical science fiction, yes. Logical possibility, maybe, provided they do not form a countable infinite number of universes, which is not possible, as I have shown in another article. Furthermore, theoretical physicist Don Page argues that a multiverse would be compatible with Christianity.(9)

Now here is something especially interesting … a multiverse is only a logical possibility, but a supernatural cause for nature is a logical necessity. I have explained in more detail in a previous article, but for a quick summary …

Poor science fiction, contains preposterous bits that are so absurdly unlikely that it pretty much ruins the story.

Poor Science Fiction:
Poor science fiction, contains preposterous bits that are so absurdly unlikely that it pretty much ruins the story. When Charles Darwin first proposed his theory of common descent in the mid-19th century, it was legitimately fascinating and worth considering. As experimental and observational science accumulated, however, we learned about molecular machines built from specific protein structures, molecular computers that calculate cell fate according to various signalling pathways(10) and, as Craig Venter put it All living cells that we know of on this planet are ‘DNA software’-driven biological machines, comprised of hundreds of thousands of protein robots, coded for by the DNA.” (11)

Even using the most optimistic extreme upper limits for the probabilities of blind and mindless nature coding the digital information for thousands of functional proteins necessary for an operating cell, including the required molecular machines, they are so infinitesimally small that if Eugene Koonin thought we needed an infinite number of universes to explain the origin of RNA translation, that is nothing compared to getting an entire cell up and running. So what possible explanations do we have?

One explanation is that “rational agency” is responsible for encoding the digital information required for the full diversity of life.(12) It is an experimental, observational fact that intelligent minds can write software of the sort that Venter mentioned above. Scientism, however, with its grip on modern science, must reject this no matter how overwhelming the observable evidence.

Another explanation is to invoke a near-infinite number of universes but, apart from Koonin, those who are committed to Darwinism no matter the cost, are reluctant to choose this option. So we are left with the absurdly unlikely story that blind and mindless natural processes designed the “DNA software” behind the molecular machines, but without a mind, created the full diversity of life, but without a plan, and directed this entire process, but blindly. Consequently, we have an example of poor science fiction that has embedded itself into modern science so thoroughly, that we must set aside our incredulity for something that in any other arena would be preposterous fantasy.

So what is the solution? It is, as I proposed in Part II, to remove invalid inferences from science, where the likelihood of the inductive conclusion, given the data, is so minuscule, that we cannot rationally justify making that step. Second, when faced with choosing between just one Unseen Mind or an infinite number of unseen universes, remember Ockham’s Razor.