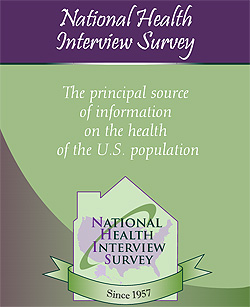 by Sandhya Somashekhar –
Less than 3 percent of the U.S. population identify themselves as gay, lesbian or bisexual, the Centers for Disease Control and Prevention reported Tuesday in the first large-scale government survey measuring Americans’ sexual orientation.

The National Health Interview Survey, which is the government’s premier tool for annually assessing Americans’ health and behaviors, found that 1.6 percent of adults self-identify as gay or lesbian, and 0.7 percent consider themselves bisexual.

The overwhelming majority of adults, 96.6 percent, labeled themselves as straight in the 2013 survey. An additional 1.1 percent declined to answer, responded “I don’t know the answer” or said they were “something else.”

The figures offered a slightly smaller assessment of the size of the gay, lesbian and bisexual population than other surveys, which have pegged the overall proportion at closer to 3.5 or 4 percent. In particular, the estimate for bisexuals was lower than in some other surveys.

The National Health Interview Survey found that 1.6 percent of adults self-identify as gay or lesbian, and 0.7 percent consider themselves bisexual.

The inclusion of the sexual-orientation question in an influential survey used to guide government funding and research decisions was viewed as a major victory for the gay community, which has struggled with a dearth of data about its special health needs.

“This is a major step forward in trying to remedy some of these gaps in our understanding of the role sexual orientation and gender identity play in people’s health and in their lives,” said Gary J. Gates, a demographer at the Williams Institute, a research center at the University of California at Los Angeles that studies the lesbian, gay, bisexual and transgender (LGBT) population.

Begun in 1957, the federal health interview survey comprises a wide range of questions, on topics including medical care, vaccinations and tobacco use. The data is collected for the CDC by the Census Bureau, which conducts interviews with thousands of Americans across the country. It is highly regarded because of its large sample size — it comprised 33,557 adults between the ages of 18 and 64 for the most recent survey — and because of its methods, which include face-to-face interviews and some follow-up telephone queries.

A few other federal surveys ask about sexual orientation but are not large enough to provide data that can be generalized to the country as a whole, government health officials have said.

The information released by the CDC on Tuesday offers an initial analysis through the lens of sexual orientation on measures critical to public health, such as smoking, drinking and health insurance status.
…