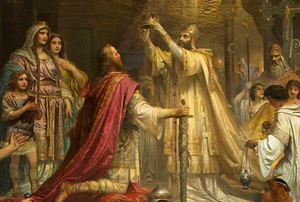 by James Kalb –
We live in an age of bad leadership. To judge by appearances, politicians today are mostly driven by partisanship and personal advantage. Business leaders are rapacious and indifferent to the welfare of their employees and customers, and to the value of their products. Artists, intellectuals, scholars, and journalists are more concerned with career and ideology than the good, beautiful and true, which they mostly don’t believe in anyway. And religious leaders make their way by manipulating language and symbols for the sake of comfort and worldly position.

In each case the vices seem similar: unrestrained ambition, loss of connection to those they should be leading, and lack of concern for the goods they are responsible for promoting. Those who aspire to high position make career a sort of absolute, and when they reach the top mostly think of increasing their glory by cultivating the esteem of other careerists, especially those in the media.

That way of life evidently does not violate their ideals. Our society has abandoned higher goods and settled connections to others in favor of the goals of the individual, whatever they may be. The result is that our leaders build their lives around advancement and self-assertion simply as such. When they look around for general principles to give themselves and their actions an aura of legitimacy, the ones publicly available have to do with universalizing the self-assertion and self-advancement to which they have always devoted themselves.

That is why the Supreme Court, a committee of lawyers who have reached the very top of their profession, believe themselves called upon to stand firm against marriage and for abortion. After all, marriage binds and abortion frees, and whatever unshackles the human spirit—whatever allows people to give themselves wholly to career and self-assertion—expresses the highest aspirations of our time. Others who have reached the peak of public life, and also want to be admired for their concern for humanity, do the same. They win the esteem of their peers by fighting for the abolition of anything that might stand in the way of universal careerism, for the principle that everyone can become a winner and live his dreams.

The current state of leadership and public ideals is a very serious matter. Man is a social animal who relies on others for what he needs for a truly human life. He doesn’t create individually the language he uses, the assumptions that orient him, the ideals he lives by, or the habits that join him to others. Those things form a system he picks up from others and most often is born into, and leadership is needed to maintain that system. If high-end artists don’t care for beauty, if eminent scholars deny the existence of truth, if Harvard and The New York Times are corrupt, if leading churchmen think following the world is prophetic and pastoral, how can the rest of us make up for that?

The responsibility of leaders has been accepted in all times and places. It’s why people say a fish rots from the head. It’s why Confucius told a ruler who asked about theft that if he were not greedy his people wouldn’t steal if he paid them. And it’s why a blue-ribbon commission set up by Pope Paul III in 1536 found that the catastrophic state of the Church at that time was the responsibility of popes who had used the papal office as a vehicle of their own will.

So we should pray for better leaders: a new Saint Augustine, Gregory the Great, Charlemagne, Saint Francis, Thomas Aquinas, Dante, Shakespeare, John Henry Newman. Still, it is wrong to pick on the higher-ups and blame them for our own faults. The head is never entirely corrupt. Some businesses are run rightly and well, some academics and journalists do good work, some church leaders are saintly, and even mediocre or ambiguous leaders have their good points. Also, the people are active as well as passive. Confucius commented that “you may rob the Three Armies of their commander-in-chief, but you cannot deprive the humblest peasant of his opinion.” We all have some power of choice, and if we habitually picked up on the best leadership available good leaders would be far more common and effective.

Good leaders are not enough. They’re children of their times, and their people form the times. Jeremiah and Jesus were good leaders who got nowhere because their people rejected them. That’s why Joseph de Maistre said that every nation gets the government it deserves, and St. John Eudes thought it obvious that when God lets his people “fall into the hands of clerics who are priests more in name than in deed,” it is a sign of His anger and intention to chastise.

So what should we do?
First, we will have better leaders if we are active good followers. We should support the leaders we have when they do well, and let them know our objections when we have good reason to believe they are doing otherwise. Flattery and happy talk are no service to anyone, Jesus said we should be wise as serpents as well as innocent as doves, and when things need to be said someone well-informed should say them—normally in a respectful way, but firmly and clearly.

Beyond that, we should recognize that new growth need not start at the top. We are all leaders to some extent, because each of us shows others the way by what he says and does. We can’t know what will take root and grow, or what will turn out to be decisive, so each of us should join with those who are well-disposed and do the best we can where we are. The first Christians weren’t influential movers and shakers, the Old Testament prophets and the remnant they represented weren’t tenured academics, and Saint Francis started off as a young and extremely eccentric Italian provincial. They nonetheless remade the world.

In any event, the ultimate problem today is not this or that bad leader but general failure to act according to real goods and the responsibilities that connect us to others. So we should above all avoid those faults. Jesus told Saint Francis to rebuild His Church, and Paul told the Philipians “whatever is true, whatever is honorable, whatever is just, whatever is pure, whatever is lovely, whatever is gracious, if there is any excellence and if there is anything worthy of praise, think about these things.” We need to follow those words. If we do then we will have all the good leadership we need.

Editor’s note: The image above is a detail from “Charlemagne’s coronation in 800” painted by Frederich August Kaulbach in 1861.