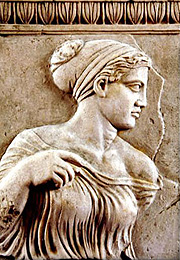 by W. E. Knickerbocker –
In the essay “We Have No ‘Right To Happiness,'” C. S. Lewis tells his readers of a conversation he had with a woman who was one of his neighbors. The subject of the discussion was two neighbor couples, Mr. and Mrs. A and Mr. and Mrs. B. Mr. A had divorced Mrs. A to marry Mrs. B, who had divorced Mr. B. Mrs. A’s looks were not what they once were, one cause of which was the number of children she had borne to Mr. A. Mr. B had been disabled in the war and was out of a job. The neighbor with whom Lewis was having the conversation justified these divorces and the remarriage by saying that Mr. A and Mrs. B “had a right to happiness.”

Lewis says the neighbor who justified this behavior was “rather leftist” in her politics and a teetotaler, who would certainly not approve of a ruthless businessman whose happiness consisted in making money or of an alcoholic who was happy when he was drunk. Rather, the happiness to which this neighbor said Mr. A and Mrs. B had a right was solely “sexual happiness.” The right to sexual happiness justified breaking vows solemnly made and legally validated.

In the course of this essay, Lewis refers, as he often does in other writings, to natural law, which he sometimes calls the Law of Human Behavior (Mere Christianity, ch. 1). He goes into greater detail about this law in The Abolition of Man, there contending that it has been proclaimed in various ways by all the great religions and philosophies. All of them recognize that our ability to know how we should behave is greater than our ability to behave as we should, but, he argues, this is no excuse for discounting the natural law, which is accessible to all people—what St. Paul calls the law written on the hearts and consciences of the Gentiles (Rom. 2:14–15).

In a direct reference to American culture, Lewis cites the Declaration of Independence and its statement about “the pursuit of happiness.” He then says,

And now we get to the real point. What did the writers of that august declaration mean? It is quite certain what they did not mean. They did not mean that man was entitled to pursue happiness by any and every means—including, say, murder, rape, robbery, treason and fraud. No society could be built on such a basis. They meant “to pursue happiness by lawful means”; that is, by all means which the Law of Nature eternally sanctions and which the laws of the nation shall sanction.

In modern culture, however, this law of nature is disregarded precisely with respect to the issue with which Lewis introduced his essay—the issue of sexual happiness.

Goddess of the New Paganism
It is here that we begin to see the nature of the new paganism. Like any paganism, it has its pantheon of gods and goddesses. At the top of its pantheon is a modern version of Aphrodite, the Greek goddess of love, who has become here a goddess of sex. She gives her Greek name to the aphrodisiacs so prevalent in our culture, and her Roman name, Venus, to the diseases that are prevalent among her worshipers—or at least she did before venereal afflictions became euphemized as STDs.

She has also succeeded in banishing Hymen, the god of marriage, to the periphery of our culture. She has enlisted Mars, the god of war, in her service, but has tamed him to become simply a god of violence, including emotional violence. The emotional experience of violence can both precede and follow the emotional experience of the sex act, especially when that act is a violation of the natural law indelibly imprinted on the conscience.

This Aphrodite is especially pleased by rape. Any form of the sex act will do, however, as long as it is done out of wedlock, because any such act constitutes worship of her: fornication, adultery, sodomy, lesbianism, bisexualism. Like any god or goddess, she demands her sacrifices, and gets them: babies, especially those not yet born (she encourages abortion and embryonic stem-cell research); the disabled and elderly who can no longer worship her in the way she demands; marriages (she favors “no fault” divorce), families (she likes children to have no father or mother present, or to be shuttled back and forth between divorced parents), physical health (she likes all varieties of STD), and psychological health (she thrives on heartache and is gleeful over drug and alcohol abuse and suicides).

She rejoices over the sacrifice of gender in transgenderism. She tempts people to believe that the order of God can be made to conform to the disorder within them. Her seductiveness permeates television, movies, the print media, billboards, social media, and pornographic sites on the internet. She wants her devotees to mistake love with the desire to be loved, and to embrace erotic love as the only kind of love, separating it from storge, philia, and agape (see Lewis’s The Four Loves), and letting it consume one’s entire life. Her followers continually hear her whisper seductively, “I know I haven’t really delivered what I promised before, but it will be different next time; just try me again.”

Government Replacing God
And even this is not the full extent of the power of this paganism in today’s culture. In his essay, “Willing Slaves of the Welfare State,” Lewis gives us a picture of the contemporary nation-state that has become the final authority in determining good and evil, right and wrong, truth and falsehood. In this picture, political leaders are allied with scientists, especially social scientists, in their desire to control every facet of human life. As Lewis writes, “Let us not be deceived by phrases about ‘Man taking charge of his own destiny’. All that can really happen is that some men will take charge of the destiny of the others. . . . The more completely we are planned, the more powerful they will be.” And, as numerous instances attest, power will corrupt. Lewis presents us with a full working out of this picture in his depiction of N.I.C.E. in That Hideous Strength.

At this point in the history of the United States, those in power have decided to establish this paganism as the state religion, and they have done it with the consent of some of the people and because of the ignorance of others. The First Amendment of the Constitution is frequently referenced with regard to its guarantee that Congress shall make no law prohibiting the “free exercise of religion.” We should also remember, however, that the first part of that Amendment says, “Congress shall make no law respecting the establishment of religion.”

With the adoption of the Affordable Care Act (ACA) and its interpretation by the executive branch, the Obama administration, with cooperation from Congress, has effectively established the new paganism as the religion of the land. Under its interpretation of the ACA, the executive branch has required employers to provide health insurance that includes contraceptives, abortifacient drugs, and sterilization, a requirement that violates the conscience of many Christians. In other words, the government has declared that it has the right to determine good and evil, right and wrong, truth and falsehood. The ACA and its regulations continue the precedent set in the 1973 Supreme Court decision that made the “right” to abortion the law of the land.

We can see here an analogy to the requirement of the ancient Roman government to burn incense before the statue of the emperor as a public way of acknowledging that he was the final authority in determining good and evil, right and wrong, truth and falsehood. We are being forced to follow a state-mandated paganism, to render to Caesar the things that are God’s (Matt. 22:21). This is in direct violation not only of clear Christian teaching but also of the natural law, which Lewis recognizes as the basis of our Declaration of Independence.
…