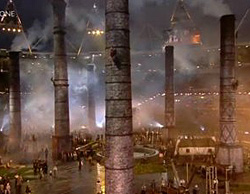 by Bernie Reeves –
God could not save the Queen. And Mitt Romney was right: the Brits were not prepared to host the 2012 Olympiad.

Rather than celebrate Great Britain’s extraordinary contribution to the world in the Opening Ceremony of the London games, director Danny Boyle produced an extravaganza of mediocrity, purposefully avoiding the real story of England’s incontrovertible success as, by most measures, the greatest world culture since Rome.

For anyone who was fortunate enough to miss the proceedings, do not go back and watch it on your DVR: Unless you are masochistic and derive pleasure from Morris dancers and toiling peasants beating drums announcing the advent of the Industrial Revolution. At this point the audience was expecting exploitation of the workers and the rise of the il-tempered labor movement that eventually brought the UK to its knees – until Margaret Thatcher rescued the once muscular British economy from slipping into Third World oblivion.

But none of that for Danny Boyle. The rise of industry in his vision only brought war, requiring a mandatory moment of silence – a real buzz killer in opening ceremony circles. A tribute to the woman’s suffrage movement failed to rekindle the crowd, nor did the carnival that appeared for no apparent reason. And what was Kenneth Branagh doing walking around the proceedings in a top hat and mutton chop whiskers?

The spectacle was infantile. Yet it descended even further as the staging switched to recognition of Britain’s two greatest contributions to the world: children’s literature and the National Health Service. As Jack Paar would say, I kid you not. It’s too embarrassing to provide details, but suffice it to say that the floor was covered with dozens of hospital beds as sick children jumped up and down to dramatize the age-hold problem, as the stunned announcers intoned, of kids refusing to go to sleep.

Peter Pan was the theme but the effect was numbingly banal and annoying as a huge chorus of deaf children sang a song no one recognized. But there was relief, including a filmed sequence featuring James Bond (Daniel Craig) arriving at Buckingham Palace to pick up the Queen for a helicopter ride to Olympic Stadium where they both sky-dived into the ceremonies. Yes indeed. But even that bit was a failure. And the real Queen never smiled during the tedious, mortifying auto- da- fe of her realm by a secular Inquisition delivered by politically correct imbeciles.

A director with talent and a firm understanding of his own nation would have emphasized Britain’s connection to the sea, and at least made reference to the Empire. Or recognize Chaucer and Shakespeare; Byron and Shelley; Joyce and Lawrence. The worst oversight was not to signify Britain’s brave stand alone against Nazi-occupied Europe for more than a year before the US entered World War 11. Britons remained on rations until 1961, and repaid their entire war debt. And the Queen still heads the 56 members of the Commonwealth of Nations, composed of former dominions and possessions.

In the modern era, Britain beat the odds and defeated the Argentines in the 1982 Falklands War. UK has supplied troops and support for every military action by the US since 1945, including playing a crucial role in the Cold War against Soviet brutality and treachery that makes Hitler a rank amateur. And where in the ceremony were the marching bands, horsemen and bagpipes?

Director Boyle is a prole. He exploited the opportunity to present the greatness of his nation’s heritage with a badly done tribute to socialism, a movement that has lost credibility across the globe – including the UK.

Britain’s Millennium Dome was the beginning of the end of the culture most connected to America. Despite being warned that we are no longer British, or even European anymore, some of us remember that we are an extension of Great Britain. Parliamentary government, the common law, literature, language and the “invisible customs” of our life as Americans are derived from our connection to England, Scotland, Northern Ireland and Wales. The dismal spectacle in London during the opening ceremony is instructive: As the Brits let go of their of heritage, we can expect ours is next to go.

The announcer informed the huge TV audience that Boyle arranged for the smell of sulfur to permeate the stadium during the industrial sequence. But even that could not overcome the odor of failure that dominated the proceedings. 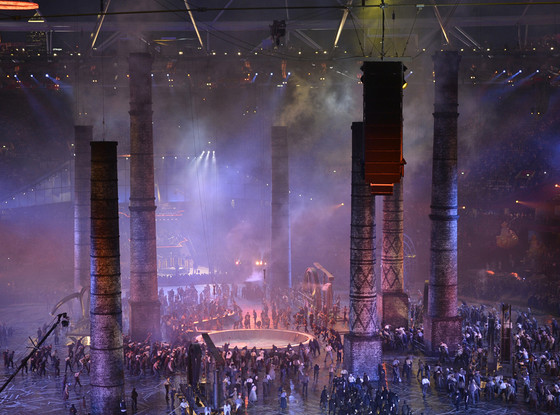 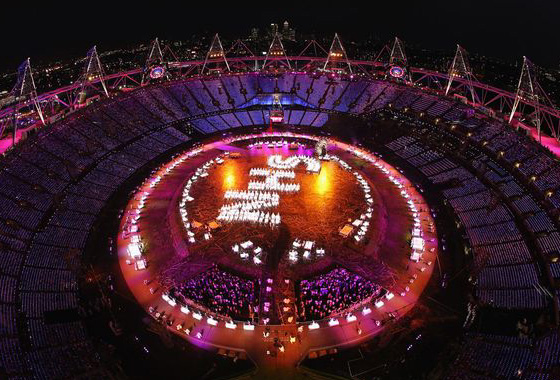 10 thoughts on “Olympic Disaster: A Tribute to Socialism”